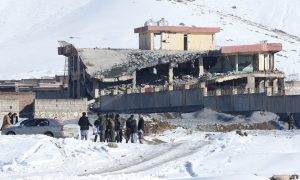 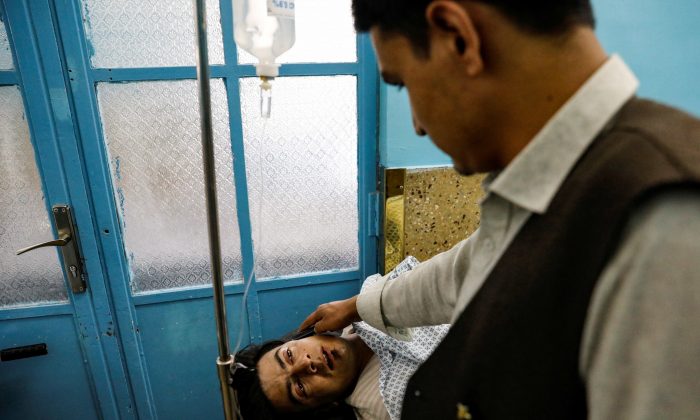 An injured man talks on a mobile phone while receiving treatment in the hospital after sustaining wounds from a blast at a wedding hall in Kabul, Afghanistan, on Aug. 18, 2019. (REUTERS/Mohammad Ismail)
Middle East

The ISIS terrorist group claimed responsibility for a suicide bombing at a wedding hall in Afghanistan that killed at least 63 people and injured dozens more.

The death toll as of Aug. 18 rose to 63, including women and children, CBS News reported. An ISIS Afghan affiliate claimed responsibility for the blast.

Another 182 people suffered injuries from the blast, which occurred on Saturday evening, confirmed the Interior Ministry.

The Taliban condemned the attack, saying it is “forbidden and unjustifiable” and denied any involvement. Both ISIS and the Taliban have carried out terrorist attacks in Kabul, the capital city.

“I strongly condemn the inhumane attack on the wedding hall in Kabul last night. My top priority for now is to reach out to the families of victims of this barbaric attack. On behalf of the nation I send my heartfelt condolences to the families of those who were martyred,” he also tweeted.

“Devastated by the news of a suicide attack inside a wedding hall in Kabul. A heinous crime against our people; how is it possible to train a human and ask him to go and blow himself (up) inside a wedding?!!” presidential spokesman Sediq Seddiqi said, France24 reported.

The groom, Mirwais Alani, told TOLO News: “I would have never organized this ceremony if I knew that such an incident happens.”

Alani said he and his fiancee, Roeena, worked for months to prepare the wedding.

“I was supposed to return happy, but within span of two hours, they devastated my whole life. They devastated my life within seconds,” he added. “We had done nothing wrong to anyone, but our lives were devastated,” Alani also said.

His brother, Basir, described the scene, saying they heard a huge explosion before everyone dropped to the ground.

“People work day and night to make their lives, but the things go like this and their wishes and dreams are ruined,” the groom’s relative Mohammad Aref told TOLO.

Roeena’s 11-year-old brother was killed in the terrorist attack, according to the report.

Mirwais and Roeena were married despite the blast.

“I can’t go to the funerals, I feel very weak,” Alani was quoted by NBC as saying. “I know that this won’t be the last suffering for Afghans,” he added. “The suffering will continue.”