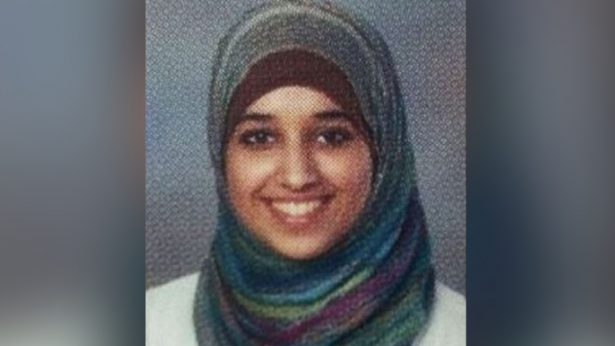 ISIS bride Hoda Muthana, who is attempting to return to the United States after moving to Syria, deferred to her lawyer recently when she was asked about tweets calling for Americans to commit terror attacks.

The 24-year-old claims that she made a mistake by defecting and joining the ISIS terrorist group and is suing to re-enter the U.S.

Secretary of State Mike Pompeo claimed that Muthana is not an American citizen and thus will not be allowed to return to the country.

In an interview with NBC News, Muthana chuckled when reporter Richard Engel pointed out that many people will have a hard time believing that she is truly contrite for her defection.

Video: The treasonous ISIS bride has been such a sympathetic figure in the liberal media, but there’s one clip that needs to be shown more – When NBC’s Richard Engel asked her about a tweet calling on people to carry out terror attacks on Memorial or Veterans Day, she goes silent pic.twitter.com/hzVHlZ0WhA

“A lot of people are going to find that hard to believe after the some of the tweets you put out … ” Engel said.

Muthana laughed to herself before replying, “I know that, but it was an ideology that really was just a phase.”

Muthana also declined to comment on her tweets calling for terror attacks, instead explaining that her lawyer advised her not to comment.

“There’s one tweet, in particular, calling on Americans to do drive-by shootings, to rent a truck and drive over people spilling their blood, and you say Memorial Day, Veteran’s Day, go out and do it,” Engel noted.

“Again, my lawyer told me not to speak about these things,” Muthana declared.