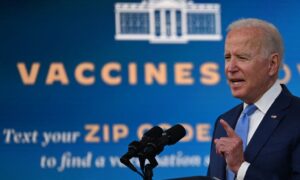 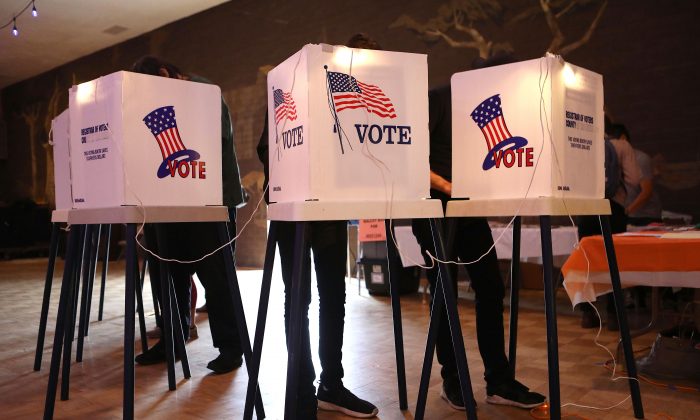 Ever since the 2016 presidential elections, the topic of voter fraud has gained more attention.

This was especially so following President Donald Trump’s statement that if it weren’t for illegal voting, he would have won the popular vote, in addition to the Electoral College count.

Clinton’s margin of victory in California was 4.3 million votes, or 61.7 percent. This number dramatically exceeded the 53.5 percent margin in her other winning states. She received a total of 8,753,788 votes from California—nearly double the total of Trump’s 4,483,810 votes.

To illustrate how much California’s numbers count, if one looks just at the popular vote in the rest of the nation, Trump would have won the popular vote by 1.4 million votes. Outside of California, Trump received 58,501,015 votes to Clinton’s 57,099,728 votes.

Following the elections, the president called for an investigation of voter fraud. His call was met with massive resistance, typified in a New York Times editorial board response, headlined “The Voter Fraud Fantasy”:

“There are varying degrees of absurdity in the fallacies President Trump peddled during his first week in the Oval Office. Perhaps the most damaging was his insistence that millions of Americans voted illegally in the election he narrowly won.”

In January 2018, after Trump shut down the election commission he had appointed to investigate fraud, citing “endless legal battles at taxpayer expense,” the president called for voter ID laws. The New York Times claimed victory, noting that “no state has uncovered significant evidence to support the president’s claim, and election officials, including many Republicans, have strongly rejected it. But in reality, many states had just refused to hand over data to the panel.

It’s surprisingly difficult to find good information on voter-roll registration. One of the most widely cited sources is a 2012 Pew study, which found the following problems with America’s voter rolls:

• Approximately 24 million–one out of every eight–voter registrations in the United States are no longer valid or are significantly inaccurate.

• More than 1.8 million deceased individuals are listed as voters.

• Approximately 2.75 million people have registrations in more than one state.

Despite its age, the Pew study is still cited by sources such as the National Conference of State Legislatures, precisely because very few quantifiable, newer studies seem to exist.

The numbers are concerning, since only seven states have strict photo ID requirements to vote. The breakdown of states and their requirements, as detailed by the National Conference of State Legislatures:

Conservative watchdog Judicial Watch, which is currently engaging in an election integrity project, has estimated that there are 3.5 million more people on U.S. election rolls than are eligible to vote.

“When you look at those registered to vote, and you compare and contrast those numbers with people actually eligible to vote, you come up with the 3.5 million individuals spread out across the 50 states,” Judicial Watch says in a statement on its website.

According to the group’s numbers, California has approximately half of those additional voters, with an estimated 1.7 million ghost voters.

State officials chose not to make non-citizen license holders searchable in the DMV database. This specific provision, by itself, opens the doors to illegal voter registration as the driver’s license becomes indistinguishable online.

On Oct. 10, 2015, California Gov. Jerry Brown signed the Motor Voter Act, which automatically registers to vote every eligible California citizen who goes to a DMV office to get a driver’s license or renew one.

California is one of 13 states, along with the District of Columbia, that have passed automatic voter registration. The others are Alaska, Colorado, Georgia, Illinois, Maryland, Massachusetts, New Jersey, Oregon, Rhode Island, Vermont, Washington, and West Virginia.

Automatic voter registration makes voter registration an “opt-out” process instead of “opt-in”—eligible citizens who interact with government agencies, such as the DMV, are registered to vote or have their existing registration information updated, unless they affirmatively decline. The legislation also specifically exempts ineligible voters who end up being registered from any penalty.

“VI. Voter Registration Cards, where the voter indicates that he or she is not a U.S. citizen:

“The VRC asks the applicant if he or she is a United States citizen. The voter may check either “Yes”, “No”, or not check either box.

“If the voter indicates, by checking the “yes” box, that he or she is a U.S. citizen, the registration should be processed normally.”

In other words, as stated by Charles Bell Jr., a partner with California-based Bell, McAndrews & Hiltachk, LLP, a law firm that specializes in election law, “applicants can check a box affirming they are citizens, and this is not checked against any other government database, such as federal immigration records.”

But the process doesn’t end there:

“If the voter does not check either the “Yes” or “No” box, do not process the registration.”

A prior version of the document was even more lenient, stating that:

According to the Department of Homeland Security (DHS) in the most recent data provided, “12.1 million unauthorized immigrants were living in the United States in January 2014. …California remained the leading state of residence of the unauthorized immigrant population in 2014, with 2.9 million, nearly 25 percent of the total number.”

According to a September 2018 study published in the journal PLOS ONE, there are roughly 22.1 million illegal immigrants in the United States. As the authors note, “even using extremely conservative model parameters, we estimate a population of 16.7 million undocumented immigrants.”

Shortly before the 2016 presidential election, President Barack Obama said in a Nov. 4, 2016, video interview with mitú (at the 3:22 mark) that election records aren’t cross-checked against immigration databases, noting that “when you vote, you are a citizen yourself, and there is not a situation where the voting rolls somehow are transferred over and people start investigating, etc. The sanctity of the vote is strictly confidential.”

That let non-citizens know that they stood little chance of being caught if they voted.

The Department of Justice (DOJ), however, has recently increased prosecutions of those caught voting illegally. In August, 19 foreign nationals, including those from Mexico, Nigeria, and the Philippines, were indicted.

Ahead of the Nov. 6 midterm elections, the president has warned against voter fraud.

“All levels of government and Law Enforcement are watching carefully for VOTER FRAUD, including during EARLY VOTING,” Trump wrote on Twitter on Oct. 20. “Cheat at your own peril. Violators will be subject to maximum penalties, both civil and criminal!”