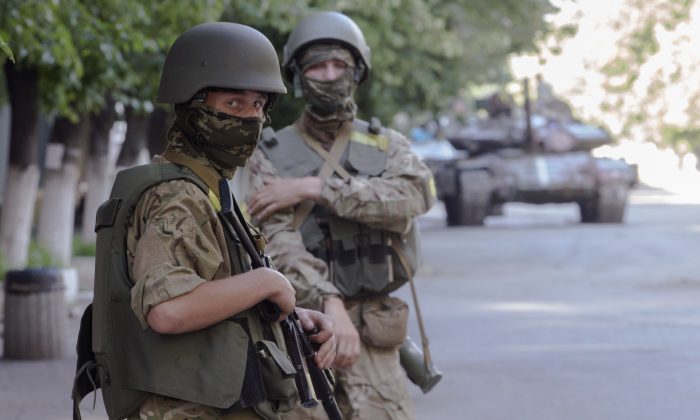 Is Ukraine’s Soviet-Style Police Force Ready to Be Reformed by an EU Mission?

The political crisis in Ukraine clearly illustrates the formidable challenges faced by the country’s law enforcement institutions. The Berkut, or Golden Eagle, riot police have been disbanded after accusations they were used by authorities as a repressive force to brutally suppress public protest in Kiev. In Odessa and towns in the East of Ukraine, police inaction has raised questions about their ability to keep peace, prevent violence and protect citizens.

Now the European Union is launching a mission in Ukraine to help train the nation’s police forces and “provide practical on-the-ground support and advice on policing, judicial reform and rule of law”. Hundreds of EU experts are being sent to Ukraine to spend two years focusing on “mentoring, coaching and advising” police. But will the mission be able to help this complex situation?

The 1990s and early 2000s saw a dramatic growth in foreign police assistance to post-Soviet countries. The EU, US and UK governments and non-governmental organisations provided police staff with training in human rights and initiated police-specific projects especially to build the framework of democratic institution and rule of law. While there was some positive assessment of these efforts, the majority of commentators found donor-supported reforms unsustainable and having only limited impact at best.

Foreign assistance was often met with scepticism. In 2006, during an interview I was conducting for research on police reforms in eastern Ukraine a police officer commented: “What they give money for now – training, seminars – everybody is fed up with this, tired of this. Along comes a man; nobody knows what he studied there; gave some talks, issued diplomas; participated in seminars…”

Eight years later, there is little if any evidence that the assistance delivered in the 1990s and 2000s costing millions of euros and dollars, has had any tangible effect. In 2014, the police force in Ukraine remains a Sovietized institution, with the majority of the personnel on the ground poorly trained, underpaid and lacking motivation to do their job well. The police are distrusted by the public and are often reported to abuse their power, take bribes and manipulate crime records.

Reforms are badly needed, and expert advice and support can no doubt be valuable, but it is important that it is clear what such assistance can achieve in these particular circumstances.

Examples of successful police reforms in the former Soviet states, however, are few and far between. Georgia is one of perhaps more often cited examples of success, known to have accomplished a root-and-branch reform of its police. It replaced the vast majority of its personnel, increased salaries, improved resources and technical provision, reduced opportunities for corruption and patronage and remodelled recruitment and promotion. Importantly, young, reform-minded and western-educated leaders less connected to the previous regime were key to this success, but this was not the case in many other post-Soviet states.

Perhaps most fundamentally, the informal rules of governance and the patronage networks that govern law enforcement in Ukraine have never been challenged by previous reforms. Presidents and Ministers of Interior come and go, but the rules never change. For there to be a chance of genuine change, the system of corrupt connections must be uprooted. This means that reforms must reach much deeper and go beyond the formal structures of the Ministry of Interior. As the events of the Orange revolution made it clear, a change of institutional design does not necessarily mean fundamental political change.

The culture of governance, the way things are done by those in power will need to change. Imagining how such an ambitious goal can be accomplished is a daunting task. Unfortunately, advisory missions in post-Soviet states often follow their own logic, largely independent of politico-economic and sociological analyses of policing institutions and political systems.

But one thing is clear: no amount of expert advice on policing and the rule of law can help if it falls on deaf ears. For the EU mission to succeed, the people it is going to work with must be ready to take the advice seriously, and act upon it. It can only happen if individuals and groups in power have the political will to undertake systemic reforms; people who are not connected to and those who do not see themselves part of the patrimonial system of governance. This process may take years, maybe decades.

It is also important that the EU mission is not seen to be driven by agendas other than helping the Ukrainian police to become more democratic and accountable to the people it serves. But given the current political crisis and the geopolitical situation, it may be very hard for many to believe that this is the case.

Yulia Chistyakova received funding from the Open University. This article was originally published on The Conversation. Read the original article.