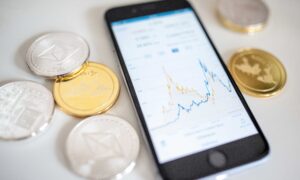 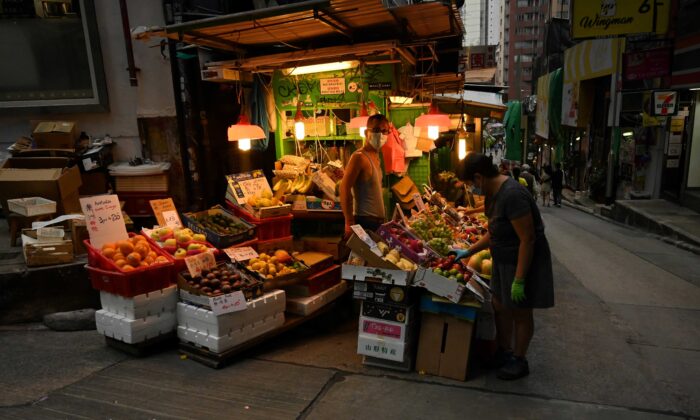 A fruit vendor waits for customers along a street in Hong Kong on Nov. 14, 2020. (Peter Parks/AFP via Getty Images)
Thinking About China

Is There Really a China Economic Miracle?

The year 2020 will be an extremely tough year for the European economy. Added to an unprecedented drop is a strong impact in the fourth quarter due to the new lockdowns.

Morgan Stanley estimates that the eurozone’s GDP will fall by 2.2 percent in the fourth quarter, a 7 percent drop in the full year 2020. In addition, the investment bank lowers the outlook for 2021 with a rebound of only 5 percent in the average of the euro area, delaying the recovery of 2019 GDP to 2023.

The “jobless recovery” is even more worrying. The apparently spectacular rebound data for the third quarter resulted in zero job creation. Unemployment in the eurozone in September stood at 8.3 percent and in Spain at 16.5 percent, not counting the millions of furloughed jobs in Europe.

In this environment, the United States’ recovery seems much stronger. GDP recovered in the third quarter to just 3.5 percent below 2019 levels. Unemployment has fallen to 6.9 percent in October but remains well above the record employment levels of 2019.

However, the data from China is apparently spectacular. The manufacturing and services index already show an enviable expansion. GDP for the first three quarters is already growing at 0.7 percent after an expansion of 4.9 percent in the third quarter. Urban unemployment in China is 5.4 percent after shooting to a paltry 6 percent. What is behind the Chinese miracle compared to the poor eurozone?

A planned GDP. The GDP of China is dictated by production, not demand. It’s not an observed GDP, but rather planned by the government together with the provinces. For this reason, many analysts scrutinize the data and deduct various factors, including the increase and valuation of inventories. It’s not by chance that inventories of iron ore, automobiles, and finished goods have risen to the highest level in seven months as the economy recovers.

If the economic situation were in the announced expansion, inventories would be falling rapidly when sold. Much is produced that is then not sold and remains in warehouses. Thus, it’s not surprising that industrial prices fell 2.1 percent in September and export prices 0.9 percent, and the country’s debt soared 13.5 percent amid an apparently miraculous recovery. Industrial business profits have fallen 2.4 percent between January and September and, furthermore, factory door prices fell faster than expected in September and were at risk of deflation. These are signs of a slowly recovering economy, like all others, but not of a growth miracle.

In most economies, inventories are valued at market prices, while in China they’re valued by the authorities and adjusted later. Constant methodological and base changes also lead to doubts regarding annual growth, despite the evident increase in transparency in recent years. Another difficult factor to analyze is the growth of construction activity, in a country where overcapacity is evident and ghost cities and uneconomical white elephant projects are multiplying.

The reduction in urban unemployment also hides a more complex reality. Unemployment in China is close to 11 percent on average, according to the Long Run Trends in Unemployment and Labor Force Participation in China study (NBER Working Paper No. 21460), and probably well above 13 percent in the midst of the COVID-19 crisis.

According to Capital Economics, Nomura, or Peking University HSBC Business School, another important challenge is calculating GDP with a realistic deflator. By using a deflator—the impact of prices on GDP—that’s much lower than the observed one, GDP appears artificially higher than it really is. In an economy where inflation is underestimated, nominal wages, which grow at an official 3.6 percent, lose purchasing power almost every year due to the real cost of living, especially in food and daily expenditures, which are much higher than the official ones.

In a recent study (A Forensic Examination of China’s National Accounts (pdf), Wei Chen et al., 2019), the authors concluded that China’s GDP may have been exaggerated by around 2 percent per year between 2008 and 2016, showing that China’s real GDP is probably 18 percent lower than the official figure.

China’s GDP is never revised, and the December figure simply stands and is consolidated without question. This is an important factor that the Chinese authorities have tried to correct with greater transparency and adjustments by the National Bureau of Statistics (NBS). The problem is that provinces have accelerated their race in the effort to provide spectacular figures, and the magnitude of the corrections of the national office doesn’t compensate for these “exaggerations.”

Another problem is that annual revisions compute for growth but aren’t revised in the GDP figure for the year. The calculation base is reduced. For example, according to independent consultancy firm China Beige Book, gross capital formation for the third quarter of 2019 has been revised down by 2.3 trillion yuan. As the 2019 figure falls, the growth on the same data for 2020 seems spectacular. That same review was made with the retail sales figure. Those for August 2019 were revised down by 50 billion yuan and the growth figure for 2020 seems miraculous. However, a revision of such depth in the base calculation of figures for 2019 didn’t generate a downward revision of the GDP for that year.

These methodological problems are added to the survey used for the calculation. The government uses a list of companies that generate a minimum amount of revenue. That list grows and shrinks, creating homogeneity problems that the NBS tries to adjust for.

In the United States, each daily, weekly, and monthly data is analyzed by different independent entities, and each data point is impossible to manipulate by a government authority. That’s why the GDP is constantly revised. China’s GDP is the only one that’s not revised. It’s published and consolidated.

It’s a shame, because the reality observed by companies and citizens in China is that the economy is recovering slowly and unevenly, but it’s recovering, probably with a year-on-year drop of 2.5 percent, which would be, in any case, a very positive figure. Falling into planned overcapacity and excess of triumphalism on the part of some provinces competing to provide better data than others ends up questioning the reality of the improvement in the economy.

Beijing has pledged to bring the data up to International Monetary Fund standards, but lack of independent scrutiny and the competition from the provinces when it comes to providing positive and spectacular figures continue to generate inconsistencies between sales, inventories, consumption, and profits. The recovery of the real economy in China is happening, but it’s not dissimilar to that of many of the leading Asian countries.