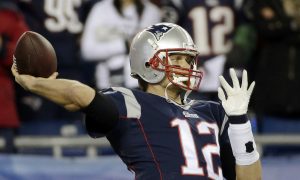 Why Would the Patriots Use Deflated Footballs?
0
Share Now
TelegramFacebookTweetEmailTellMeWeReddit
Copy Link 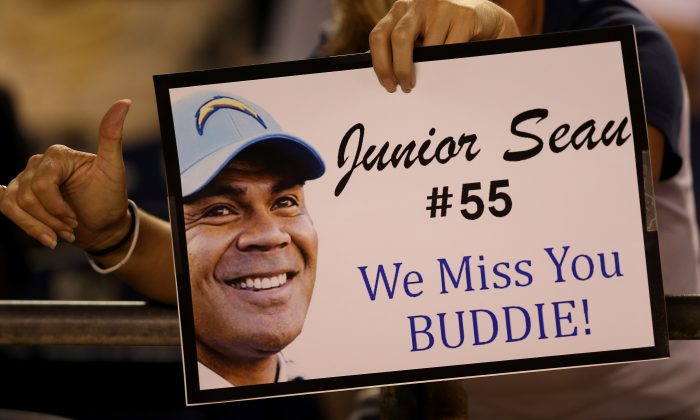 Is There Life After Football for NFL Pros?

Why do smart, talented, disciplined and wealthy young men have so much trouble adapting to life after football? In a recent study, my colleague Richard Jones and I had the opportunity to collaborate with former Super Bowl Champion George Koonce Jr. to explore the complex challenges many NFL players confront when they leave the game.

For many, the first challenge retired players face is simply getting out of bed in the morning—the aftereffects of having subjected their bodies to a barrage of physical punishment over several years. Eighty percent of former players experience daily, chronic pain of one sort or another. Almost every player has major surgery during his career and many undergo more after they quit the game. Knee, shoulder, and hip replacements are common. Some former players, like Jim Otto and Curt Marsh, have even lost limbs. Others are plagued by arthritic joints that simply won’t function.

Meanwhile, research has revealed that a stunning number of former NFL players suffer chronic brain damage, often accompanied by debilitating symptoms. Both Seau and Duerson suspected that something was wrong with their brains before they ended their lives in 2012 and 2011, respectively. Years of duplicity and deceit on the part of the NFL to suppress concussion research left these former players in the dark and perhaps fueled their descent into despair.

Some might argue that players have been handsomely rewarded for risking their health. Yet most former players have earned far less money than what the public believes.

Despite the NFL’s enormous popularity, the league’s players make less than their counterparts in MLB, the NBA, and even the NHL. Non-guaranteed contracts, salary caps and short careers are major culprits. We routinely hear about players’ multimillion-dollar contracts, yet only a portion of the total figure is actually guaranteed. Although money paid upfront as a signing bonus is secure, standard NFL contracts aren’t guaranteed, meaning a player can be released at any time with no further compensation.

Star players still make a lot of money, but they eat up a disproportionate amount of each team’s budget. The average player doesn’t get huge bonuses and seldom plays out the full length of his contract. Meanwhile, the average career lasts only three and a half years and the average salary is around $2 million a year (an average skewed by the huge salaries paid to high-priced, veteran quarterbacks). So in truth, the middle class guy in the NFL is likely to make around $700,000 a year—and only over the course of a few seasons.

That’s the 2015 financial reality for most current players. Ex-NFLers who played before the free agency era, which began in 1993, earned even less (for example, in 1970, the average NFL salary was around $20,000, or $120,000 in today’s dollars). Many old-timers needed to hold second jobs to support themselves and their families, including Hall of Fame Green Bay Packers quarterback Bart Starr, who sold tires in the offseason.

Among players today (a number of whom grew up impoverished) there’s a culture of lavish spending, in which splurging on expensive cars, huge houses, and opulent wardrobes is the norm. The media has ravenously reported on some of the more legendary tales of profligate spending, whether it was Andre Rison spending $1 million on jewelry or “Pacman” Jones blowing through $1 million on a single weekend in Las Vegas.

Though current salaries are far from chump change, they’re not enough for former players to live off of for the rest of their lives. With their playing (and paying) days finished, it’s imperative to scale back on any excessive spending. Many don’t. Others may not be broke in the classic sense; nonetheless, being unable to live the way they’re accustomed to can be another source of distress.

Finally, many ex-players simply haven’t acquired a number of the basic skills needed to function in the “real world.” It’s often said that the NFL is a bubble: players spend nearly all waking hours with the same group of people, in the same facilities (practice field, weight room, film room, cafeteria). Most everyday needs are fully met by the league, the teams and doting admirers (not to mention the players’ ample salaries).

Players live in this bubble during the first part of their adult lives, so when their careers abruptly end—and the bubble bursts—they’re suddenly left on their own, groping, lacking much of the basic “real world” experience that most guys their age have accumulated.

Put together, it becomes easier to see how life after the NFL can be such a difficult adjustment for so many players. Their bodies are battered and broken. They’ve banked far less than they’d hoped. They’re no longer able to experience the rush of competition, a freewheeling, free-spending lifestyle, and the tightly knit support network of teammates, coaches, and trainers.

It’s hardly surprising that some retired players face the future with despair.

However before we paint all ex-players as hapless pawns in an exploitative system, or as victims of their own excesses, let’s remember that most of them manage to live pretty decent lives. All of them face challenges, but the high-profile tragedies are hardly typical of life after football. It’s just that life is more challenging and complex than most casual observers imagine.

James Holstein is a professor of sociology at Marquette University. This article previously published on TheConversation.com.