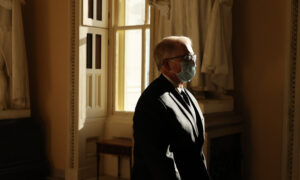 Is There a ‘Code for pedophiles’ on This Popular Toy?

The kids’ toy maker Monster Jam pulled one of its toys after a Syracuse, New York, mother said that its heart icon is really a secret “pedophile” symbol.

Nicole O’Kelly said she bought the toy, but claimed that the heart is a secretive coding used by pedophiles. “I’m absolutely sick. I bought this for my 2-year-old little girl. This toy was made for little girls. I wanted answers,” O’Kelly said.

Snopes said the double-heart symbol on the plush toy may look similar to the one that is “used” by pedophiles, but it doesn’t mark children for abuse.

Local news website WFLA said that the heart symbol is a code that means a “child is ready to be traded for sex.”

Popular hoax-debunking website Snopes pointed out that there is an FBI document that shows the designs used to symbolize the relationships between adults and minors. Snopes said the double-heart symbol on the plush toy may look similar to the one that is “used” by pedophiles, but it doesn’t mark children for abuse.

The item was pulled after the claims went viral on social media.

According to Snopes, Pasco County Sheriff’s Office Detective Anthony Bassone said that “the use of interlocking hearts in and of itself was unlikely to put any child in danger, adding that the department was attempting to talk to the designer to learn more about the choice of symbol.

It added: “He explained that the appearance of the symbol on children’s items was off-putting from the perspective of a cyber crimes detective, as they may be widely recognized by pedophiles. Bassone noted that while the symbol wasn’t necessarily dangerous or presenting a risk of child exploitation, it was possible in-the-know pedophiles would find the use of the symbol on children’s clothing or toys to be stimulating or amusing.”

The company behind Monster Jam said it took down the toys.

The company was not aware of the disturbing message contained in the truck’s design, nor did we intend to use any design that had a secret or double meaning.

Palmetto-based Feld Entertainment, the company behind Monster Jam, issued a statement to WTSP: “On Tuesday, March 8th, when the issue with the Monster Jam toy was brought to the company’s attention by a customer who purchased it at a recent Monster Jam event, we immediately pulled this item from inventory and will no longer sell it. In addition, any customers who have purchased this truck can contact our Customer Service Department for an exchange or refund.

“The company was not aware of the disturbing message contained in the truck’s design, nor did we intend to use any design that had a secret or double meaning. We are currently reviewing our merchandise to ensure that it’s appropriate for our customers.

“Feld Entertainment is committed to providing a safe and family-friendly environment at all our shows and through our consumer products. We take this very seriously and are taking steps to ensure that an incident like this never happens again.”