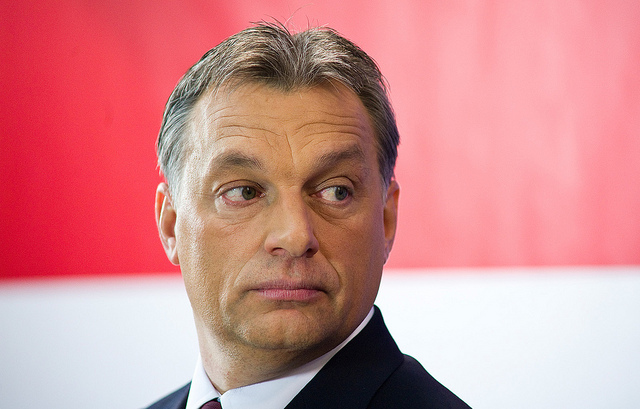 Hungary’s Prime Minister, Viktor Orbán, is no sweetheart of the European media. He has swayed against the current by implementing policies that have been dubbed populist and nationalistic. The latest bout comes over a newly enacted electoral reform, which will be put to the test in next month’s parliamentarian election, where Orbán is expected to comfortably win reelection. But are we right to dismiss the reforms as undemocratic?

It is of paramount importance to answer this question, because the future government’s international credibility will depend on the legitimacy of the upcoming polls. Unlike the economy, where figures can speak for themselves, the nuances of electoral reform deserve closer scrutiny.

The country’s new electoral law has dramatically reshaped the playing field. Voices of the Euro-pundit blogosphere have argued that the new electoral system is disproportionately skewed in Orbán’s favor, but are such claims true?

According to Kenneth Benoit of the London School of Economics, the previous Hungarian electoral system was “one of the most complicated in the world”. Hashed out during the round table talks held in 1989 between the emerging democratic opposition and the communist party leadership, it was largely seen as a compromise between all sides and was merely supposed to assure the country’s democratic transition. Its temporary nature was even inscribed in the preamble to the 1989 Constitution.

The previous Hungarian system yielded a disproportionately large Parliament of 386 members for a country of only 10 million, much in contrast to the size of Parliament’s of its European neighbors. The Czech Republic, which has a similar population, elects a 200-strong Parliament. Minority groups and independent candidates were largely disenfranchised due to strict eligibility criteria that forced them to seek alliances with one of the major parties. Electoral districts were far too numerous and unequal in size, to such an extent that the Constitutional Court declared them unconstitutional in a 2005 ruling.

The new electoral law took notice of these problems. The complicated system was replaced by a first-past-the-post, single round system. Like in Germany, voters have two votes: one for the direct candidate of his constituency, and the other for a party list. The new system has been streamlined, with fewer, more evenly divided districts, which produce a 199-member Parliament. Unlike before, new laws mean that future MPs will be expected to give up on all other activities that might result in a conflict of interest. This would be a draconic change for some European systems. In France, 60% of the Members of the Parliament simultaneously hold at least one other political office, much to the anger of voters.

Campaign finance has also been revamped. In a far cry from the American system, all national parties will receive equal amounts of public money and will not be allowed to receive funds from companies, NGOs, foundations. Only individual donations shall be accepted. In addition, national and commercial broadcasters have to award equal screen time to all parties, eliminating one of the advantages major parties once had.

Minority groups and independent candidates will enjoy less stringent eligibility rules, opening the door for newcomers and breathing fresh life into the Hungarian political scene. It can be expected that the new Parliament will be leaner and more legitimate, electing future officials in line with the new transparent process.

The new electoral system also uses a novel distribution method, through which both winning and losing parties are compensated in Parliament. It increases the chances of securing a stable majority while ensuring representation for losing parties, which are encouraged to form coalitions. The law tends favors majorities but stops short of a British style system, which excludes small parties but is rarely declared undemocratic.

The opposition did raise some concerns that the changes are just gerrymandering tactics meant to provide FIDESZ with an unlawful majority following the vote in April. Others have argued that “this government of lawyers has created a complex legal framework in which rules may appear to be neutral, but they don’t have neutral effects”. There is a consensus that the new law does not go far enough and that more reforms could have been implemented.

Indeed, the system could have been simplified. An outside observer could argue that a simple, majoritarian system would have worked better. But which system is perfect? The fact that the Union is home to 28 different electoral systems is a case in point. A couple of years ago, the UK was debating on whether it should abandon its trademark electoral model, which produces large majorities but makes it almost impossible for smaller parties to emerge.

The positive effects of the law are already apparent. In order to increase their electoral chances, the main opposition parties managed to come together and agree on a single list of candidates, a feat that wouldn’t have been achievable under the older, less competitive system. Even so, voters were not impressed.

As FIDESZ has been hovering around the 50% mark in polls, far ahead of the main left wing opposition coalition, the nature of the electoral system would barely have affected the outcome for the party in April. Now, only a drastic shift in public opinion could prevent Orbán from winning reelection. Seen in this light, the notion that FIDESZ has used unorthodox policies to stay in power seems misguided.

Democracy is best defined as a constant work in progress, where countries are always adapting to the emergence of new challenges. Therefore, Hungary should keep asking tough questions about electoral (and democratic) reform and find the alternative best suited for its people. Even if the new system is imperfect, it is still a step in the right direction. And just like all policies carried out by a government, its final test will be the ballot box.