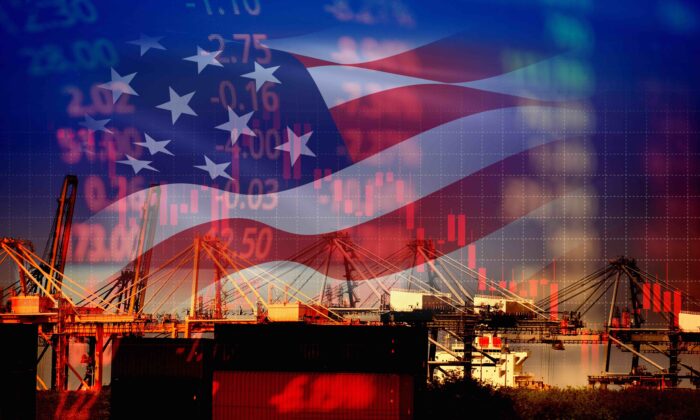 Is the United States Headed Toward Stagflation?

“We now have the worst of both worlds—not just inflation on the one side or stagnation on the other, but both of them together. We have a sort of ‘stagflation’ situation. And history, in modern terms, is indeed being made.”—Iain Macleod (1965)

Stagflation was a new phenomenon in 1965, but now it looks like stagflation is back and it’s looming over the economies of the United States and Europe.

Simply put, stagflation is when prices continue to surge while economic growth grinds to a halt; a situation where the economy has persistently high unemployment and high inflation (especially high energy prices).

Stagflation was last seen in the 1970s and 1980s. Out-of-control oil prices, mixed with rising unemployment and inflation, sent the consumer price index to 14 percent in 1980. The Federal Reserve answered by raising interest rates; the Fed funds rate, the interbank rate for short-term loans, hit 20 percent in 1980 and 21 percent in June 1981.

However, times are different now. While many employers have complained of labor shortages and have experienced trouble finding workers in this economy, unemployment is somewhat under control. February numbers published by the Bureau of Labor Statistics reported that the majority of U.S. states’ unemployment levels were less than 5 percent.

While the exact causes of stagflation aren’t really known, stagflation is often seen during a supply shock or during a rapid increase in the money supply; both of these situations have happened recently in the United States. The consumer goods supply chain shock began in the midst of COVID-19, with oil prices rapidly accelerating at the start of the Russian–Ukrainian conflict. The increase in money supply began in March 2020, when the Federal Reserve began its fourth quantitative easing operation since 2008’s global financial crisis.

Following COVID-19, the U.S. money supply surged. Trillions of dollars went out. According to The New York Times, $5 trillion was spent: $1.8 trillion on individuals and families; $1.7 trillion on businesses; $745 billion on state and local aid; $482 billion on health care; and $288 billion on “other” expenses.

Recently, investing legend and multibillionaire Ray Dalio warned of stagflation, stating to Yahoo Finance, “I think that most likely what we’re going to have is a period of stagflation. And then you have to understand how to build a portfolio that’s balanced for that kind of an environment. What you have is enough tightening by the Federal Reserve to deal with inflation adequately, and that is too much tightening for the markets and the economy. So the Fed is going to be in a very difficult place a year from now as inflation still remains high and it starts to pinch on both the markets and the economy.”

Stagflation is already here in the U.S. housing market.

According to Conor Sen, an investor and a Bloomberg columnist, “there are two ways to address this stagflation. The good way would be to improve the supply of resources like garage doors, cabinets, and windows that are holding back the homebuilding market. That’s something policymakers don’t really have the tools to address, at least in the short run. The second way would be to restrict credit or raise mortgage rates high enough to reduce home-buying demand, thus reining in home prices.”

There are, of course, those who disagree and think we’re facing slowflation, rather than stagflation. Prashant Bhayani, chief investment adviser of BNP Paribas, suggested in a letter to clients that “stagflation is not our base case scenario, but inflation is set to remain higher for longer. We believe there is a shorter period of “Slowflation”—slowing growth with rising inflation before inflation peaks in the coming quarters.”

Regardless, sky-high energy prices are a reality, and they’re also a clear sign of stagflation. Gasoline, oil, and coal have surged repeatedly, month after month, and this isn’t from what White House press secretary Jen Psaki labeled as the “Putin Price Hike.” Putin’s war certainly caused a disturbance, but the issues began with Washington’s continued fiscal stimulus measures.

2022 is turning out to be the year of multiple crises: slowflation and stagflation risks; global inflation; continued supply chain shocks; the humanitarian crisis in Ukraine; the potential for WW III; and the potential for numerous economic recessions.

Expect rates to rise significantly. Mortgage rates are already at 5 percent (a 30-year fixed-rate mortgage is at 5.15 percent as of April 15), and New York Fed President John Williams hinted that a half-point rate hike from the Fed could come next month, calling it a “reasonable option” on April 14.

Only time will tell if the United States will experience a repeat of the sky-high interest rates of the 1980s.