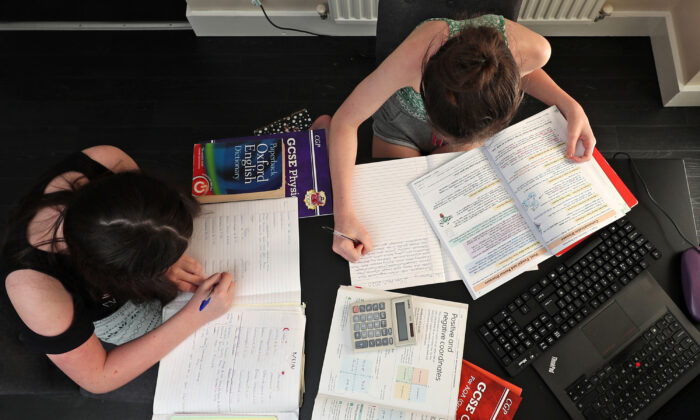 Is the Public School System Broken?

From Fairbanks, Alaska, to Fort Lauderdale, Florida, an increasing number of parents are opting to homeschool their children. Their decision is rather simple: The public school system is, for lack of a better word, chaotic.

The COVID-19 pandemic resulted in the unnecessary closing of schools across the country, leaving many parents with little option but to homeschool their children.

“Two years later,” according to a report published by The Associated Press, “even after schools reopened and vaccines became widely available,” an increasing number of parents are opting “to continue directing their children’s educations themselves.” Parents have offered a number of reasons for their decision, including “health concerns, disagreement with school policies, and a desire to keep what has worked for their children.”

Another story, published by the Los Angeles Times, discusses how families that “span the socioeconomic and political spectrums” have chosen to homeschool their children. Some parents interviewed for the article said they were left cold by “COVID-19 safety protocols” and “the polarizing conversation around critical race theory.” Others, meanwhile, said they had simply lost “faith in the public school system.”

When it comes to losing faith in the system, these parents aren’t alone.

At every single grade level, U.S. children are underperforming. The writing has been on the wall for years, but fewer people can read it. Blaming teachers has become common practice. Although bad teachers exist, it’s important to remember that teaching is a largely thankless profession. Educators find themselves overworked, underappreciated, and underpaid.

Fine then, find a new profession, some will say. But such responses do absolutely nothing to address the problem. Just like we very much need police officers, the country needs teachers. Not just any kind of teacher, of course. The people who actually want to be there are the ones who have a burning desire to teach English, math, science, and other vital subjects.

The system doesn’t just fail children; it also fails teachers, many of whom are products of this same system. This isn’t to say that bad teachers don’t exist. They most certainly do.

As researchers at The Heritage Foundation have noted, the public education system has many flaws. The first such flaw involves accountability. More accurately, it involves a complete lack of accountability.

The public education system churns out large numbers of woefully undereducated students, according to the researchers, yet it’s “very rarely held accountable.” Schools have the power “to flat out ignore parents and anyone else they do not receive funding from.”

“If a school happens to be populated with bad teachers, what happens?” the researchers asked.

“Absolutely nothing,” they answered.

With no accountability for the actions of their teachers or educational outcomes, parents find themselves frozen out—or worse still, told to shut up and stay out of the way. For obvious reasons, parents don’t like being told to stay out of their own children’s lives by condescending educators.

This is one of the reasons why Republican Glenn Youngkin became the 74th governor of Virginia. He promised to listen to concerned parents. He also promised that schools would listen to their concerns.

Does anybody know-or, perhaps more importantly—does anybody care?” the researchers asked.

This should surprise no one. After all, the United States has become a country of profligacy and financial mismanagement. There’s zero accountability and zero explanation as to why it costs so much to educate a child. In the UK, for example, schools spend roughly 5,800 pounds ($7,400) on each student. Not cheap. But still significantly cheaper than the United States.

The needless expense is one thing, but the lack of educational progress is arguably worse. Public school students continue to underperform in math, reading, and science. This has been the case for far too long. Insanity, we’re told, is doing the same thing over and over again and expecting different results. Why keep pumping ridiculous amounts of money into a faulty system that continues to fail U.S. citizens?

According to Arne Starkey Duncan, an educator who once served as U.S. secretary of education, 82 percent of this country’s public schools are failing to do what they’re supposed to do—equip children with the requisite skills and knowledge to navigate this rather turbulent world.

This is why homeschooling has grown in popularity, especially in states such as Alaska, Idaho, Illinois, Indiana, Michigan, Missouri, New Jersey, and Oklahoma.

In Alaska, according to an Anchorage Daily News report, 17.9 percent of children are homeschooled. Of course, this could have more to do with logistics than anything else. Alaska is a gigantic state, where “getting around” is often easier said than done. The northernmost state is referred to as “The Last Frontier” for a reason.

Nevertheless, homeschooling is fast becoming common practice in Alaska and beyond. As public schools continue to fail U.S. children, expect homeschooling to become an attractive alternative. In its current state, the public school system is a mess. An increasing number of parents are waking up to this very fact.