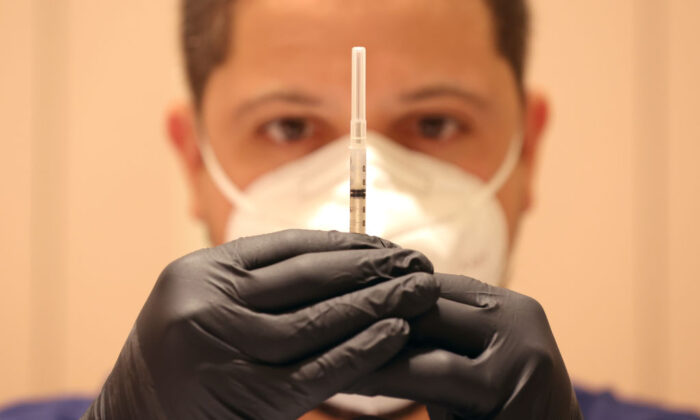 Is the Narrative Around COVID-19 Vaccines Misleading?

Since the beginning of 2021, the official narrative with regards to the COVID-19 vaccines has maintained that they are safe, efficacious, and working well. For example, Premier Mark McGowan of Western Australia confidently stated that “by getting to higher levels of third dose vaccination we’re going to save lots of lives.”

However, in succeeding months, there were indications that this official narrative, fanatically promoted by governments and health bureaucracies, is misleading at best, and even negligent, in the light of the demonstrable side-effects of the vaccines.

These side effects have been noted, and sometimes denied, by the medical fraternity, which itself is hopelessly divided as to the benefits that these vaccines may offer to people.

Moreover, governments around the world ruthlessly imposed vaccine mandates on people. The American President, Joe Biden, even disingenuously called it “a pandemic of the unvaccinated.” This claim is patently untrue, as demonstrated by both the science and the statistics.

Writing in the prestigious medical journal, The Lancet, Carlos Franco-Paredes, associate professor of infectious diseases at the University of Colorado, points out that “the demonstration of COVID-19 breakthrough infections among fully vaccinated health-care workers (HCW) in Israel, who in turn may transmit this infection to their patients, requires a reassessment of compulsory vaccination policies.”

Hence, it is worth noting, that, if vaccination does not prevent COVID infection and transmission, then there is not the slightest reason to force anyone to get vaccinated.

To illustrate this, on Jan. 15, six people died of COVID in Queensland—and all were vaccinated. The Queensland Chief Health Officer, Dr John Gerrard, reported: “Sadly, we have six deaths to report today … All of these people had, in fact, received the vaccine. It is a reminder that even the vaccinated can get a severe disease, particularly if you have underlying medical issues.”

A recently published book gives an insight into the thinking of many doctors in the United States. The book, “Vaxlit: Vaccinated from Truth,” is authored by “The Pharmaceutical Rep,” who has 20 years of experience working for a Big Pharma company that produces the vaccines. He has been privy to and has overheard interesting and revealing pieces of information about the safety and efficacy of the vaccines.

However, when authoring the book, he sought to remain anonymous because those who question the official version regarding the safety and efficacy of the vaccines are often subject to dismissal. But in his book, the author courageously provides valuable information for the public and facilitates an understanding of the hidden insalubrious story of the vaccines.

Specifically, the author shares sobering information released by a research group at the John Hopkins University on Feb. 1. Addressing the efficacy of lockdowns, they point out that the lockdowns during the first COVID-19 wave in the spring of 2020 only reduced COVID-19 mortality by 0.2 percent in the United States and Europe. But although lockdowns have no public health benefits, they were relentlessly enforced by politicised police forces, inflicting immense misery on people and devastating the economic landscape. The researchers concluded that “lockdown policies are ill-founded and should be rejected as a pandemic policy instrument.”

The author of Vaxlit recalls the disastrous promotion of vaccination of children, even infants, not knowing what the medical consequences might be in the future.

Especially egregious is the constant threat to dismiss doctors who prescribe ivermectin to alleviate the COVID-19 symptoms. In this context, it is interesting to note that Pfizer is now producing Paxlovid, the use of which is likely to be allowed in the fight against the coronavirus. Unlike ivermectin, which is no longer protected by patent legislation, Big Pharma stands to make copious amounts of money by producing Paxlovid.

Relevantly, the author of Vaxlit notes that between 1996 to 2021, only 15 deaths were attributed to the use of ivermectin. In contrast, as of Jan. 7, there have been 21,745 documented deaths associated with the use of the COVID-19 vaccines as reported to the Vaccine Adverse Event Reporting System (VAERS). But some speculate that the death toll is much higher.

He concludes that “we are being gaslit about the safety and efficacy of the COVID vaccines.” There are clearly valid reasons to be sceptical of the vaccines (efficacy being just one of them), and those who refuse to be vaccinated should not be described, using the inflammatory language of Premier McGowan, as people who “need to grow a brain.”

The evidence presented by the author of Vaxlit is compelling. Hence, there is little doubt that the government’s official narrative is deceptive and misleading. Moreover, the suspicion that people have been misled about the safety of the vaccines is fuelled by the fact that, in the United States, the FDA is under considerable pressure to release its safety and efficacy data on COVID-19 vaccines.

Epidemiologists note that the FDA has “generated more confusion than clarity” by withholding the vaccine data. “The fact that the data in the FDA’s possession has remained behind an FDA firewall for more than 18 months is appalling,” Rep. Bill Posey (R-Fla.) wrote to Commissioner Robert Califf, noting the FDA had even asked the court to release Pfizer vaccine data over 75 years.

Following unsuccessful attempts to immediately extract data on the safety and efficacy of the COVID-19 vaccines, a group of concerned scientists in the United States filed a lawsuit in September in the U.S. District Court for the Northern District of Texas, seeking expedited access to the records. They argued that releasing the information could help reassure the vaccine is indeed “safe and effective and, thus, increase confidence in the Pfizer vaccine.”

In Australia, Prime Minister Scott Morrison initially wanted the COVID vaccines to be “as mandatory as you can possibly make it.”

However, evidence continues to mount that these vaccines do not deserve the continuing provisional approval given to them by the Australian government’s Therapeutic Goods Administration (TGA).

Concerning injuries caused by the COVID-19 vaccines, as of Nov. 15, 2021, over 10,000 Australians have lodged injury claims under the Government’s “COVID-19 vaccine claims scheme.” Doubtless, the number of claimants is now, five months later, much higher. As of Jan. 30, the TGA had received 106,173 reports of adverse effects from the current vaccines.

Curiously, the official narrative, which seeks to placate people’s concern about the safety of the vaccines, has financially benefited Big Pharma, with the Pfizer stock price soaring. So, the question should be asked whether governments and the media are colluding to ensure an increase in Big Pharma’s corporate profits, which however, do not appear to prioritise the protection of health.

It is also ironic that the “My Body, My Choice” slogan, so frequently heard in the United States, only appears to be promoted by the proponents of abortion. In introducing vaccine mandates, governments and compliant businesses disregard the slogan when they advocate, or demand, the injection of a potentially dangerous substance into the bodies of as many people as possible.

Ultimately, we live in an insane world, which the author of Vaxlit defines as “doing the same thing over and over and expecting different results.” The unmistakable message of this fascinating and revealing book is that current COVID-19 vaccines may not be fit for purpose.