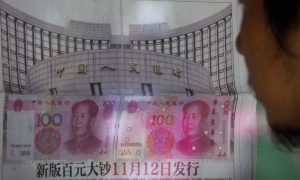 The Yuan Devaluation and Its Impact on Hong Kong
0 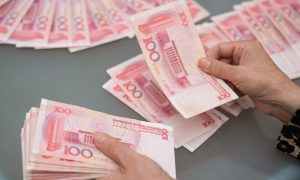 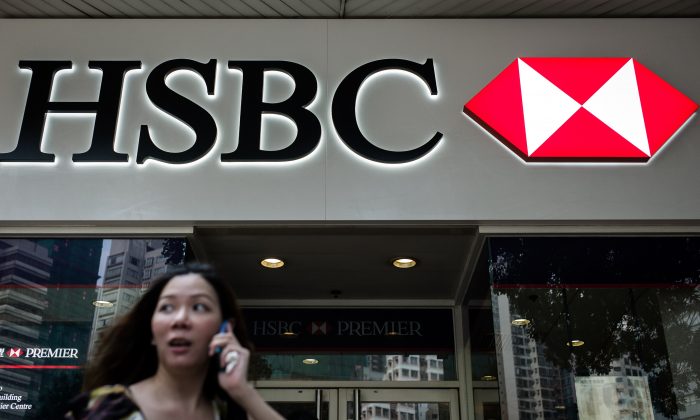 A woman stands outside of a HSBC branch in Hong Kong on July 8, 2014. (Philippe Lopez/AFP/Getty Images)
Business

Is the Hong Kong Dollar Next in Line for a Devaluation ?

It has kept the Hong Kong Dollar (HKD) pegged to the U.S. Dollar for almost 33 years now with barely any volatility, trading in a band of HK$ 7.75 to HK$ 7.85 per U.S. dollar. In the last 10 years, it only violated the band once to the downside in 2003 because of the SARS epidemic.

Now the Chinese yuan is in trouble, both on the mainland and offshore, and there is speculation the Hong Kong Dollar will follow down the road of devaluation. On Jan. 14, the HKD dropped 0.28 percent against the dollar, to HK$ 7.781. It was the biggest loss since October of 2003

After Beijing took control over the city from the United Kingdom in 1997, Hong Kong became ever more dependent on the mainland. For example, a lot of debt expansion in Hong Kong went to the mainland for projects that are now less than economic.

Investors question the asset quality in the Hong Kong banking system and are selling off the currency. The HKMA’s system of managing the HKD has been very robust in the past, the question is whether it can withstand an economic crisis on the mainland.

If there is downside pressure on the currency, the HKMA doesn’t just sell dollars to prop up the HKD, like the Chinese central bank has been doing with the onshore renminbi. It takes a more indirect, but much more effective route. Instead of selling foreign exchange, it contracts the supply of HKD available on the market, leading to higher interest rates.

With higher rates and fewer HKD around, the market simply cannot sell as many HKD to depress the exchange rate further. Because this mechanism is automatic, the market has no room for speculation. It knows what to expect.

The HKMA put it this way in 1997: “The central bank may sell foreign exchange to stabilize the exchange rate for a time, but there is nothing to prevent it from issuing more notes or increasing the money supply in other ways. High interest rates not accompanied by a contraction in money supply also lack credibility. Thus, under this regime, it is indeed true that no foreign reserve is large enough to withstand persistent speculation.”

This automatic mechanism is responsible for the record spike in interest rates last weekend. Money flowed out of Hong Kong, the money supply contracted automatically and interest rates went up.

Because Hong Kong is a flexible and open economy, in the past it was able to adapt relatively easily to changes in the money supply essentially dictated by U.S. monetary policy.

With the mainland facing an economic crisis and capital flowing out of China and Hong Kong, this flexibility will be put to the test.