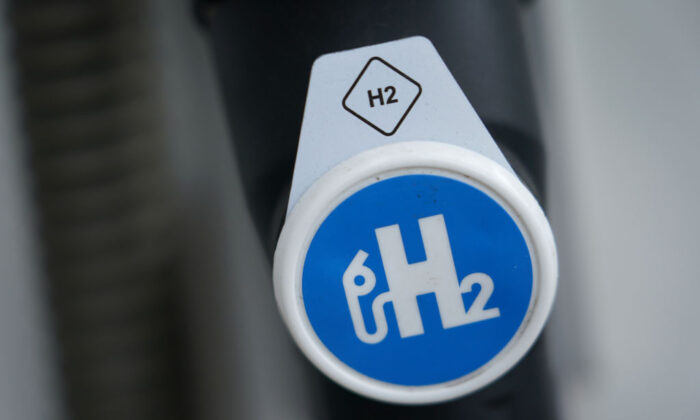 Andrew “Twiggy” Forrest, an Australian businessman, has made headlines frequently in the last two years, raving about the merits of green hydrogen and declaiming with equally unrestrained fervour the ridiculousness of blue hydrogen.

For the most part, it seems to be a one-man crusade—the rest of the industry seems happy with both blue and green and perhaps even pink or turquoise. And for everyday Australians, the idea that hydrogen comes in various colours is a completely foreign concept.

First, let’s provide some definitions. The “colour” scheme for hydrogen relates to the process by which it was made.

Green hydrogen is made by separating water (H2O) into oxygen (O2) and hydrogen (H2), using electricity that must come from a renewable source. As such, Australia only has a couple of green hydrogen pilot plants that produce a mere drop in the ocean of useable hydrogen.

Note that this hydrogen is only “green” because of a technicality, in reality, the electricity comes from the grid so it is not 100 percent renewable (but insider note: some plants have purchase agreements in place so they can claim their portion of electricity is part of the renewable portion of the current supply mix).

Unfortunately, it’s rather an important process, as it is the first step in the production of ammonia, used for fertiliser, which is kind of helping us feed the world (google the agricultural revolution if you want to know more).

Blue hydrogen is just like grey hydrogen except—and this is what makes it blue—the carbon dioxide is captured and buried before it can go into the atmosphere. This capturing process is called “Carbon Capture and Storage,” or CCS, and it is what turns grey hydrogen into the blue kind.

Basically, both green and blue hydrogen are “carbon neutral.” That is, the continuous operation of either of these processes does not add any more greenhouse gases to the atmosphere. For anyone who cares about these emissions (personally, I’m not worried about it, but a lot of people are) both these technologies represent progress.

Why, then, is Twiggy Forest so anti-blue? It seems the objection has to do with two things—first, the end-goal of it all, and second, the motives of the parties involved.

Obviously, the end goal is not just the “reduction” of emissions but the complete annihilation of emissions to get to “net-zero.”

Net-zero is spoken of often, but perhaps not understood. Specifically, the “zero” refers to the rate of increase of greenhouse gases in the atmosphere.

The “net” means that while one process is releasing greenhouse gases, at the same time, there must be another equal-but-opposite process taking it out of the atmosphere (e.g. CCS or planting and growing forests).

Blue hydrogen prevents the emission of carbon dioxide into the atmosphere and hence is a net-zero technology. It has other effects including the switching of buried hydrogen with oxygen—so hypothetically, if you did it enough, we’d start running out of water, but that can’t happen at any meaningful scale.

A constraint on the technology is that opportunities for carbon sequestration are limited—there are only so many reservoirs around the world that we can fill up with carbon dioxide, and it takes energy to inject the gas into them, which reduces the efficiency of the process.

Once a CCS process is established, there is no specific reason why the carbon dioxide should be taken from a hydrogen plant; in some circumstances, there may be other sources to harvest the carbon dioxide that might achieve a better net-zero contribution than blue hydrogen manufacturing.

However, blue hydrogen has an advantage—the reservoirs supplying methane are often located close to reservoirs useful for sequestering carbon dioxide, and the technology for both processes is identical.

Turquoise hydrogen (no, I am not making this up) solves both these problems neatly. It is made by splitting methane into hydrogen gas (H2) and carbon solids (Cx) using a process called pyrolysis. At the moment, the technology is young and not ready to scale up, but in a few years, that may change.

A significant point for the “grand scheme,” however, is that neither blue hydrogen nor turquoise hydrogen are actually sustainable. Making hydrogen from methane depletes a finite energy resource—that is, buried methane. Nevertheless, there’s enough methane to last for many decades to come.

In light of some of these considerations, even blue hydrogen proponents suggest that it will not be a permanent technology but only a transitional technology. We will use the blue hydrogen opportunities while they are still there, and the volumes that we will be able to quickly produce will facilitate a “scale up” of the hydrogen industry, so it can subsequently transition to green hydrogen.

Twiggy’s objection is that we don’t need a transitional hydrogen technology, we can go direct to green hydrogen and make bigger gains sooner.

He may be right. But I don’t think that the green hydrogen advocates have fully thought through their side of the equation either.

Green hydrogen requires green electricity sources, which in most plans involves enormous solar farms full of non-recyclable solar panels which take years to offset the energy used to make them in the first place. Blue hydrogen, in the immediate term, would probably be more green than green hydrogen, so to speak.

Oil and Gas Companies Hedging Their Bets With Blue Hydrogen

The second objection relates to the motives of the parties involved in the blue hydrogen push, which are all oil and gas companies.

Well, of course they are! Gas companies are worried that they make a product that soon no one will want: methane (ergh!). So they offer to turn it into an energy product “of the future:” hydrogen (yay!).

Not only that, but some of the best carbon storage opportunities are depleted natural gas reservoirs, which are all owned by, you guessed it, oil and gas companies.

Creating hydrogen means that these existing energy companies can have a seat at the table and a role to play in the energy transition, should it eventuate.

Around the world, CCS is dominated by oil and gas giants. By far, the largest portion of CCS is done by ExxonMobil, which claims to be responsible for 40 percent of the carbon dioxide that has ever been captured.

However, if you’re a greenie, don’t celebrate this too much.

The majority of existing CCS projects around the world are also EOR projects—that stands for “enhanced oil recovery.”

This means that they are not really injecting carbon dioxide under the ground in order to store it, but so that it will push oil back up out of the ground. It’s actually quite a clever way to produce more oil.

I’m sure many people in the oil and gas industry supporting blue hydrogen are genuine. But it is hard not be a bit cynical about it.

Oil and gas companies have two enormous risks they are currently managing.

The first is government regulation—whether, via the environmental protection agency or other bodies, it is likely that tighter regulations will be introduced that require such companies to offset their emissions.

Yet the opportunities for offsets around the world are diminishing, and the cost of offsets is consequently increasing.

This risk is already being realised in Australia. Recently the government proposed tightening the “safeguard mechanism,” which could lead to a steadily decreasing emissions limit being imposed on major emitters in the country.

The second risk is investor activism—individuals placed on the board of the oil and gas companies with the express intent of making them “greener.”

This risk is easier for such companies to manage provided they are sufficiently gullible.

It doesn’t require anything that helps the company move towards net-zero, it just needs all the right buzz-words.

Santos, for instance, installed solar-powered oil wells. They even got government funding for them via the renewable energy agency (ARENA).

And yes, the idea is just about as daft as it sounds.

So Twiggy is actually calling out oil and gas companies for clearly acting in their own interests by supporting blue hydrogen.

What is unclear is why they shouldn’t be acting in their own interests? In a renewable “net-zero” world, blue hydrogen is the difference between these companies being useful or redundant.

If both sides would just step back, they would realise that their biggest problem is the same, and they might help one another solve it.

The biggest focus for the hydrogen idea, on both sides, should be the economics. Who is going to buy the hydrogen? How are they going to use it?

In contrast to biogas, you cannot just put hydrogen into gas appliances that are designed for natural gas. The hydrogen industry needs first to create a market and then create the product.

Along the way, they need to have clarity about what problem they believe they are solving and how to accurately and fairly measure their success (something all green industries are notoriously bad at).

Hydrogen is a long way away from being viable, and despite the abundance of optimism, it may never actually get there.