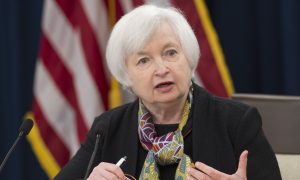 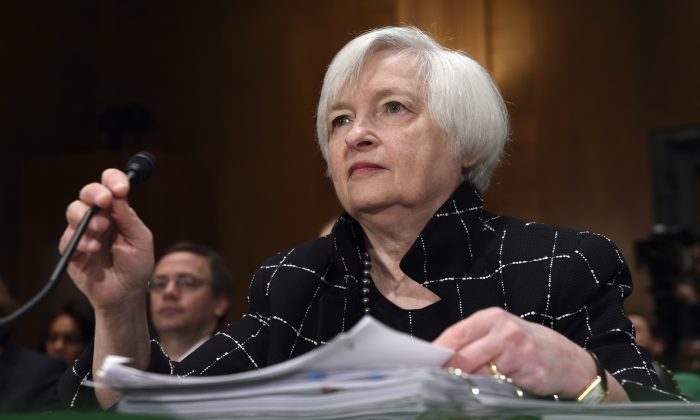 When the Federal Reserve embarked on its mission to raise interest rates by 3 percent in December of 2015, it was optimistic the economy would continue its gradual growth path and financial markets would remain relatively stable.

Three months later, the Fed has reason to worry: “Global economic and financial developments continue to pose risks,” the Federal Open Market Committee stated after its meeting this week at which it should have raised rates another 0.25 percent but didn’t.

The S&P 500 is down 3 percent since December 2015 to 2,024 after having recovered 200 points since the February low of 1,829, in part because the Fed signaled it would not raise rates at the March meeting.

They chickened out of their own policy which they laid down in December.
— James Rickards, author, 'Currency Wars'

“At that point, it became clear they weren’t going to raise rates and the market bounced back. So you have this, call it a recursive function or feedback loop, almost like a staring contest or game of chicken between the markets and the Fed,” says James Rickards, author of “Currency Wars.” “They chickened out of their own policy which they laid down in December.”

The Fed claims to assess the economic situation according to hard-and-fast data, so the decisions are dubbed to be “data dependent.” However, according to Rickards, the Fed should have raised rates this time if it actually followed its own model.

“The economic indicators were slightly better than they were in December. Growth is coming along a bit better for the first quarter of 2016 than in the fourth quarter of 2015. Employment gains have continued to be strong. Inflation is ticking up a little bit,” he says.

The Fed acknowledges this in its statement, saying that “economic activity has been expanding at a moderate pace,” and that “inflation picked up in recent months.”

This contradiction of better economic activity—at least according to Fed models—and financial market volatility lends credence to Rickards’s theory that the Fed is watching financial markets closer than actual activity. “Based on certain things the Fed looks at, they think the economy is strong enough to have a rate increase,” he said, cautioning that other indicators are actually pointing south.

I think in June, particularly after having skipped March, they’re going to want to get back on track.
— James Rickards

“The economy is considerably weaker than the Fed thinks it is,” he said, pointing to low-quality job gains in the retail and hospitality sector while the high-value-added energy sector is shedding employees.

So what will the Fed do in June? “The Committee will assess realized and expected economic conditions relative to its objectives of maximum employment and 2 percent inflation,” the Fed stated, but that can mean anything.

Rickards thinks the Fed backed itself into a corner and needs to raise rates despite financial market and economic conditions just to maintain its credibility.

“I think in June, particularly after having skipped March, they’re going to want to get back on track. They’re going to raise rates but the market expectation is still not better than 50 percent that they will,” he says.

Paul Brodsky, principal at Macro Allocation Inc., also thinks the Fed will raise rates later this year but for a different reason altogether.

“We continue to argue the Fed will hike Fed Funds more this year in an effort to strengthen the Dollar and attract global capital to American banks and capital markets,” he wrote in a note to clients.