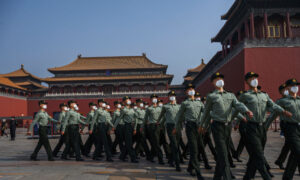 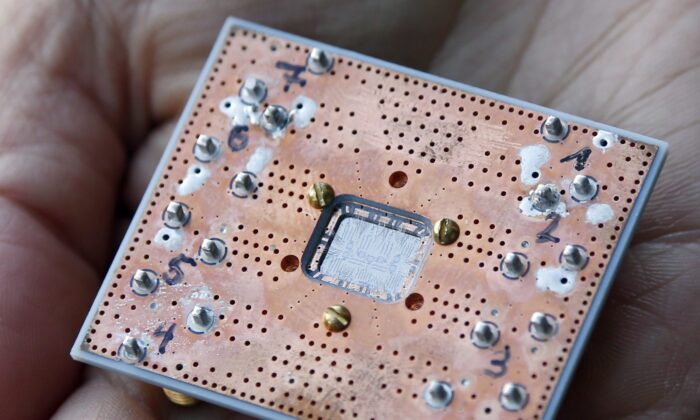 On Oct. 16, Chinese Communist Party leader Xi Jinping presided over a Politburo study session on the development of quantum science and technology, according to state media reports.

“Xue Qikun, an academician with the Chinese Academy of Sciences and vice president of Tsinghua University, lectured on quantum science and technology at the session and put forward opinions and suggestions on the issue,” Xinhua reported.

Xue’s opinions or suggestions were not explained in the report, but Xinhua made sure to include Xi’s comments. He said the Chinese regime should “make good first moves” in the development of quantum science and technology.

Again, nothing concrete about quantum science and technology was mentioned in Xi’s talk. From the Party chairman, to the Politburo members and state media, no one seems to be able to explain quantum.

In fact, quantum technology is still in the basic stages of research. It is an emerging field of physics and engineering that relies on the principles of quantum physics.

Several major U.S. companies are leading the way in quantum computing and have the most commercial prospects.

Lacking the ability to catch up, the CCP ran out of choices but picked the relatively simple quantum communication to develop. On Sept. 29, 2017, the Chinese regime’s mouthpiece Xinhua highly praised the official opening of the “Beijing-Shanghai Link”—a quantum secured communication fiber-optic link connecting Beijing and Shanghai.

No one knows how many people are using it and what the actual effect is. This suggests that applications of quantum tech have not yet reached their maturity.

The CCP claims that China is the leader in quantum communication research. But Japan is the one currently making the most advanced breakthroughs in quantum cryptography.

Xi Jinping and the Politburo’s focus on quantum technology is likely to show Party officials that despite current international blockade on Chinese tech companies, the Chinese regime is still capable of scientific and technological innovation.

Among all the scientific and technological innovations, it seems that quantum research is the only one that is not yet widely applied and perhaps a niche area for the Chinese regime to hype up.

This reflects the embarrassing reality of tech development in China.

Xi seemed to recognize that China was far from leading the pack. He said during the group study session that China “still has many weak links and faces multiple challenges” and that it needed to “make breakthroughs in key core technologies, ensure the safety of industrial and supply chains, and enhance China’s ability of responding to international risks and challenges with science and technology.”

He also encouraged China’s quantum science and tech sector to “learn from useful practices of other countries,” and “gain an upper hand in international competition.”

The Real Reason for China Falling Behind

In his remarks, Xi Jinping emphasized increasing “policy support” and “investments in scientific research institutions and universities for basic research of quantum science technology” and “driving local governments, enterprises, and society to increase input.” This is repeating the same strategy as China’s chip development, which ended with a series of project failures and waste of tax dollars.

Xi said to “speed up fostering talent in the field of quantum science and technology by training a number of high-level talent,” Xinhua reported. However, the fundamental issue is that the regime’s leaders lack the common sense to respect intellectual property (IP) and fair competition: those are key to fostering talent.

Xi continued his preaching: “enhance international cooperation in the field of quantum science and technology.” In the past, such “cooperation” has led to transfer of technology or IP theft.