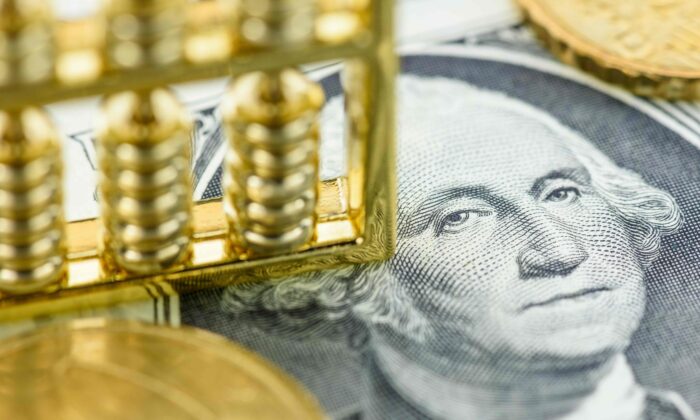 It is no secret that China has invested hundreds of billions of dollars in the American market over the past few decades.

The Chinese Communist Party (CCP) has been one of the largest foreign investors in America, grabbing everything from stocks and bonds to private companies and real estate. China’s U.S.-based holdings are estimated to be $1.5 trillion or more, roughly over 3 percent, which is more than any other foreign country except Japan.

China’s investment in America made perfect sense in the 1990s when Wall Street was leading China’s growth, and state capitalism had yet to truly take form. But now, one must wonder if all of this wealth in China is being used against us by the CCP.

What about realties like this: the top 15 Chinese government entities account for almost 60 percent of Chinese investment in American markets. Frightening to say the least.

Over the years, most of this investment has flown under the radar but there have been a few notable transactions. Smithfield Foods, the Virginia-based world’s largest pork processor, was purchased in 2013 by a predecessor to Hong Kong’s WH Group. And in 2014, China-based Anbang Insurance purchased the Waldorf Astoria from Blackstone.

While the investments seemed harmless, four years after the Anbang transaction the company’s chairman, Wu Xiaohui, was detained by the CCP and almost overnight the Waldorf Astoria, JW Marriott Essex House, and the Four Seasons Hotel in Washington were taken over by the CCP in Beijing.

Moreover, two years of lockdowns from the CCP virus have weakened many U.S. enterprises. What would we do about the scenario of a significantly important U.S. defense contractor or a major U.S. financial institution needing financing and taking such from a Chinese bank controlled by the CCP?

Additionally, when faced with the fact that China owns a tremendous amount of U.S. debt, the overarching fear is that the CCP could dump the U.S. Treasuries on the open market and weaponize their U.S. holdings, hurting economic growth. If such were to occur, this would be financial exploitation by the CCP—and tantamount to economic warfare.

The bottom line is that currency matters. In October 2019, Jeffrey Frankel from Harvard’s Belfer Center stated: “The U.S. dollar remains in first place by a wide margin, followed by the euro, the yen, and the pound sterling. Some 47 percent of global payments currently are in dollars, compared to 31 percent in euros. That is, 88 percent of foreign-exchange trading involves the dollar, almost three times the euro’s share of 32 percent. The dollar also dominates on other measures of currency use in trade and finance.”

While the CPP wants to displace the U.S. dollar with the yuan as the global reserve currency, it is not that easy. In 2020 Joseph W. Sullivan, a former special adviser and staff economist at the White House Council of Economic Advisers during the Trump administration, wrote about the reality of the Chinese yuan surpassing the U.S. dollar:

“For a currency to function as an international reserve, global businesses need safe places to put it when it’s not in use. After all, no one wants to sell stuff in exchange for money they’d struggle to safely store. Without safe storage options, like easy-to-access banks or at least low-risk bonds, a currency can become a costly thing with which to do business. The most natural home for these safe assets denominated in mainland China’s currency would be mainland China. But Beijing imposes capital controls on flows of money in and out of the mainland. These capital controls stymie the development of liquid, globally accessible capital markets that can offer safe assets. Hence any market for Chinese yuan consistent with a role as a global reserve currency would need to exist outside of mainland China.”

What about U.S. companies forming Chinese subsidiaries and expanding interests to China—will they become dependent on the CCP? As China continues to invest in the global supply chain, will the CCP continue to subsidize its way into owning a substantial market share?

Maybe there is no need to worry. China’s yuan lags behind the U.S. dollar, the euro, and the British pound. The worldwide distribution currencies and analysts argue that China invests in the U.S. market because it is the best option globally.

Regardless, America has a significant history of accepting billions and billions from the CCP. Our free market independence is at risk without stronger laws and regulations limiting foreign investment and foreign influence from the CCP.