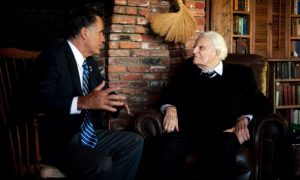 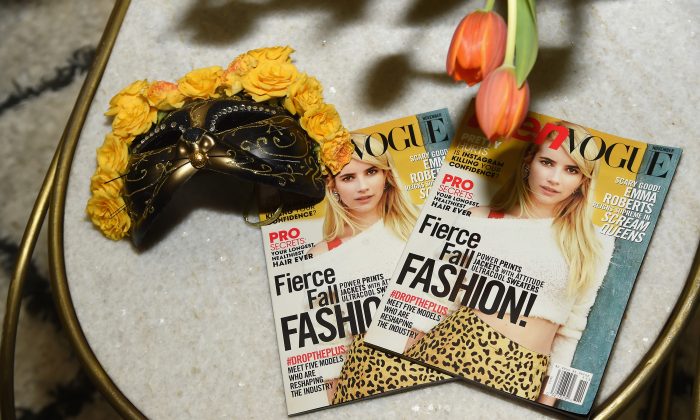 Is Teen Vogue Teaching Your Daughter Marxism and Revolution?

One of the most insidious communist propaganda outlets in the country is a website targeted at high school-aged girls: Teen Vogue.

While no longer a glossy magazine like its long-established adult counterpart Vogue, Teen Vogue reaches hundreds of thousands of young Americans weekly through its website. Among the beauty tips, celebrity gossip, and “provocative” feature articles, Teen Vogue’s readers can enjoy a steady stream of propaganda that would make openly communist online magazines—such as the Communist Party USA’s “People’s World” or the Party of Socialism and Liberation’s “Liberation”—blush.

According to a “brand overview” information sheet released by Teen Vogue’s parent company Conde Nast, teenaged girls who read the online magazine are “3x more likely to be an activist.”

The document (pdf), headlined “A New Generation Disrupting the Conversation,” continues: “Teen Vogue is the premiere destination for the young and unapologetic. … We aim to disrupt the conversation by educating, enlightening and empowering the next generation, in every step we take.”

Several movement leaders, including Democratic Socialists of America (DSA) leader Maria Svart, were in Brussels in April as guests of the European Left, an EU parliamentary alliance of communist and far-left socialist parties. The meeting was designed to promote cooperation among hard-left groups across the globe.

During a panel discussion in the EU Parliament on April 4, Svart explained to the assembled comrades the importance of socialist media in the United States to counter the message of the “right”:

“There’s a magazine called Teen Vogue, which has been shockingly having all this left-wing … like every week, there’s some new left-wing article. … Part of that is because Bernie Sanders and organizations like DSA are normalizing socialism.”

The hard left in America is dedicated to indoctrinating teens, whom they believe are vital to the revolution.

A Shift to the Left

Teen Vogue was launched in 2003 as a sister publication to Vogue targeted specifically at teenage girls. Since 2015, following a rapid decline in sales, the magazine cut back its print edition, moving mainly online, which has proven a successful strategy. The final print edition hit the newsstands in December 2017 and featured Hillary Clinton on the cover and as guest editor.

In the past few years, Teen Vogue has moved beyond beauty, celebrities, and entertainment to focus significantly more on politics and “social issues”—all with a not-so-subtle left-wing slant.

Since 2016, Teen Vogue has grown substantially in traffic through its website: In January 2017, the magazine’s website had 7.9 million U.S. visitors, compared to 2.9 million the previous January, according to the Business of Fashion. The politics section has surpassed the entertainment section as the site’s most-read section.

The shift to the left was noticeable under Executive Editor Elaine Welteroth, who left the publication in January 2018. Her replacement, Samhita Mukhopadhyay, who writes about “feminism, culture, race, politics, and dating,” has taken things to a whole new level.

In 2009, Mukhopadhyay earned a master’s degree from San Francisco State University in Women and Gender Studies. Her thesis was titled “The Politics of the Feminist Blogosphere.”

She is the co-editor of the anthology “Nasty Women: Feminism, Resistance, and Revolution in Trump’s America,” in which “prominent feminists discussed the impact of Donald Trump’s election on hard-fought wins for gender, race, sexuality, class and ethnicity,” according to her Wikipedia entry.

In the late 2000s, Mukhopadhyay was a web manager for the Center for Media Justice, a far-left media/propaganda coordinating operation run mainly by supporters of the Freedom Road Socialist Organization.

Lucy Diavolo is the news and politics editor for Teen Vogue. She helped found the Transfeminine Alliance of Chicago and uses the cute social media handle of @SatansJacuzzi.

Diavolo tends to quote Marxist writers such as self-proclaimed communist George Ciccariello-Maher, who famously wrote in a 2016 tweet, “All I want for Christmas is white genocide,” and Keeanga-Yamahtta Taylor from the recently dissolved Trotskyist International Socialist Organization.

In a recent piece on Naomi Burton and Nick Hayes, two Detroit DSA comrades attempting to set up “Netflix for socialists,” Diavolo writes approvingly of the revolutionary couple, quoting them as saying:

“We need to rebuild the culture of revolt and tear down a lot of these individualist ideas that are pushed in entertainment. … We are working to build solidarity through entertainment, to build class consciousness, to build frustration and anger towards capitalism.”

“I think of one of the solutions is to create our own media. The company that produced [DSA member and congresswoman Alexandria Ocasio-Cortez] campaign ad which is so famous … is a couple—literally a married couple—that are DSA members. It’s called ‘Seize the Means’ [sic ‘Means of Production’], is their production company. And they’re launching a new thing called ‘Means TV,’ and the idea is to provide a counter to all the right-wing, you know, short video clips that they’re always using to frame what’s happening in current events,” Svart said.

Teen Vogue appears to be against not only “capitalism” but also anything remotely resembling healthy family values.

If she’s starting to think about her career, she might get some alternative ideas from “Why Sex Work Is Real Work.” Articles with titles such as “Everything You Should Know About Karl Marx,” “Is Revolution Possible?”, “Everything You Should Know About Anarchism,” “What It Means to Go on Strike,” and “Resistance, Rebellion, Revolution: What They Are and How They Intersect” are clearly designed to encourage young women to resent the United States and a free market, while steering her toward blatant communist propaganda.

Teen Vogue is rabidly against Trump and doesn’t attempt to provide any semblance of balance for their malleable readers, with headlines such as “Trump’s Plan to Revoke Birthright Citizenship Is Another Attack on Immigrants,” “Feeling Stressed and Depressed? Trump’s Policies Might Be to Blame,” “No One Should Be Shocked That Trump Tweeted a Racist Ad,” “4 Ways Trump Has Made It More Difficult for Women in the Workplace,” and “Here’s What You Need to Know About Fascism.”

Teen Vogue, with its professional and slickly produced website to give it credibility, is full of some of the most blatantly subversive propaganda this author has ever seen. The Communist Party USA website is far tamer than Teen Vogue.

It’s tough being a parent, but you can make your job a little easier by blocking Teen Vogue from your daughter’s computer and phone today. If you find what I’ve written here to be true and accurate, please consider warning other parents about this pernicious website.