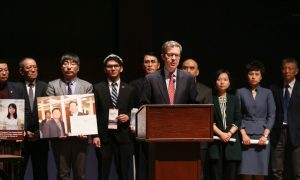 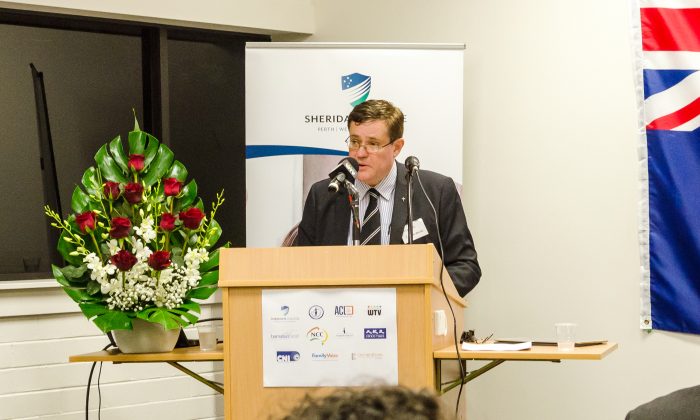 Professor Augusto Zimmermann speaks at the religious freedom conference “Religious Freedom at Crossroads: The Rise of Anti-Christian Sentiment in the West” in Perth, Australia, on June 14, 2019. (Wade Zhou / The Epoch Times)
Australia

Is Religious Freedom Under Threat in Australia?

The conference titled “Religious Freedom at Crossroads: The Rise of Anti-Christian Sentiment in the West” was the first event of its kind in Australia.

“There is a need to protect religious freedom in this country. I think religious freedom is under threat,” Professor Augusto Zimmermann, Head of Law at Sheridan College and the conference organizer, told audience members at Sheridan College in Perth on June 14-15. Zimmermann is also President of the Western Australian Legal Theory Association and Editor-in-Chief of the Western Australian Jurist law journal.

Attendees heard from speakers who raised concerns about the intolerance towards Christians that seems to be growing in Western societies like Australia. Speakers also addressed the need to uphold the principles of religious freedom and freedom of speech.

Conference patron, former Prime Minister John Howard, told audience members via video link, “This is a time for all Australians who believe in the fundamental right of religious freedom to speak out in favour of steps being taken from both sides of politics to ensure that the freedoms we’ve always taken for granted are preserved.

“Being practical, the most significant threat to religious freedom is the possibility that state governments will remove some of the exemptions under anti-discrimination laws which allow religious schools to teach the fundamental doctrines of their faith,” Howard added.

The right to free speech and freedom of association are essential elements of a democratic society, but “both rights have been undermined in Australia,” Zimmermann continued. “People don’t feel comfortable anymore to express their opinions because they are afraid of suffering from some sort of persecution as a result.”

Zimmermann criticized Section 18C of the Racial Discrimination Act 1975 as a law that violates the Constitution of Australia because it can be used by bigots as an instrument of persecution. Section 18C was added to the Act in 1995 and has been the subject of much debate and controversy ever since.

Zimmermann also told The Epoch Times, “Some Christians are now being censored and some are probably losing their jobs because they express an opinion.”

The conference speakers included some of the finest legal minds in Australia from various human rights organisations, law firms, and lobby groups.

“The problem of religious oppression and persecution is on the rise,” keynote speaker Professor William Wagner told The Epoch Times. “[It’s] all around the world, not just in Australia.” Wagner is a leading American constitutional lawyer and a Distinguished Professor Emeritus at Thomas Cooley Law School, Western Michigan University.

Wagner said that politically-motivated judges have become a big problem for free expression and religious conscience in western nations because they interpret constitutional and statutory provisions according to their political agenda. Even more problematic is the unelected judiciary who are not being held politically accountable by anybody.

“I believe we are at a crossroad,” Wagner said.

Examples of oppression and persecution of Christians in Australia were discussed, including Rugby star Israel Folau, whose contract was terminated by Rugby Australia in May after the committed Christian posted a Bible passage with a meme on social media.

The conference was fully booked and most of the attendees were Christians.

Warwick D’Silva, a member of the National Civil Council in Perth, said he was happy to attend the conference. “I feel political correctness has come a lot into the workplace and educational institutions. You always have to be on guard of what you say, especially in regards to religion,” he told The Epoch Times.

“I hope there are many more to come so that we can further educate each other on how to articulate arguments to defend our freedom of speech and freedom of religion.”