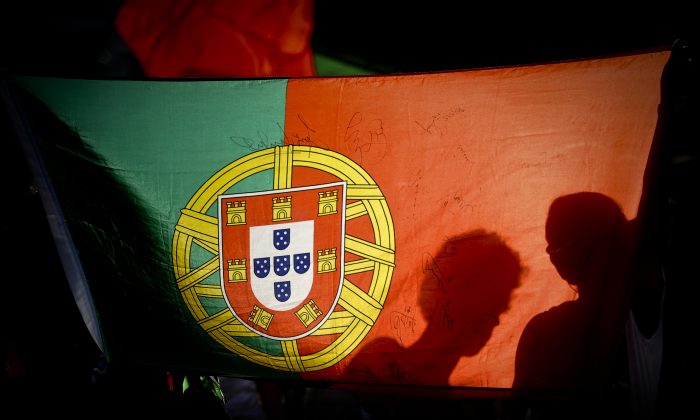 Is Portugal a Poster Child for Austerity?

Austerity works. That’s the message of Pedro Passos Coelho, the Portuguese prime minister, to voters. After three years of recession, Portugal registered a return to growth of 0.9 percent in 2014, exited its three-year bailout and the economy is projected to expand a further 1.6 percent in 2015 and 1.8 percent in 2016.

Portugal’s growth figures have led to the country being labeled a “star pupil” of the eurozone crisis. Advocates say the country demonstrates how the formula of “expansionary austerity” can work if prescriptions are followed closely. And the current coalition argues that their successful implementation of austerity policies and structural reforms have moved the Portuguese economy from an import-led to an export-led model. Economic growth registered recently is considered a direct product of this.

But it is by no means clear that the formula of austerity and structural reform is responsible for Portugal’s return to growth. As the main opposition party points out, it was the return of domestic demand that brought the turnaround. And a longer view of Portugal’s economy shows that a shift in the structure of the economy has a longer history than the government recognizes with important implications for future prospects.

As the Banco de Portugal makes clear, this should continue “strengthening the recent trend of reallocation of productive resources to the economic sectors that are more exposed to international competition,” which are therefore more likely to export goods and services. This in turn will ensure that the “Portuguese economy’s net lending should remain stable and the reduction in external indebtedness should be sustained.” Considering it was a debt crisis that needed bailing out, this can only be a good thing and will play a larger role in GDP growth than had been the case in recent history.

Portugal’s opposition Socialist Party points out that the austerity policies that were implemented had a huge effect on domestic demand, as they removed people’s spending power. In 2010 domestic demand had grown by 1.9 percent. When the bailout was introduced in 2011, however, demand dropped by 5.7 percent, dropping another 7.3 percent in 2012 and then 2.5 percent in 2013.

The socialists argue that demand only improved after Portugal’s Constitutional Court ruled that a number of the most significant austerity measures were unconstitutional and overturned them in April 2013 and May 2014. These included cuts to state pensions and public sector wages. It was only then that the return to growth began as domestic demand grew by 2.1 percent.

This argument is convincing, as it is unlikely that an economy based largely on an import-led growth model would find itself altering the dominant foundation upon which growth is pursued in the midst of recession, growing unemployment, and international uncertainty.

A longer view of Portugal’s economy also does damage to the government’s claim to have found the magic formula for a sustainable economic path forward. Specifically, the government’s argument ignores the fact that Portugal had been experiencing steady growth in exports as a percentage of GDP from 26.7 percent in 2005 to 31 percent in 2007.

This has been unparalleled since the late 1980s. It was only with the financial crisis of 2007–2008 that export growth stalled, falling to 27.1 percent in 2009. From this point the steady march back to recent highs continues unabated, a trajectory that would have likely continued had the financial crisis not taken place or been as severe.

In an important sense, then, we can state that the Portuguese economy has witnessed a shift in its structure. However, this can be dated back a decade earlier than claims made by the government.

This occurred at a time when a significant fall in domestic demand saw GDP growth quickly follow the same trajectory. In this stagnant domestic environment the need for Portuguese companies to refocus their activities towards external markets became imperative. However, factors such as China joining the World Trade Organization in 2001 and the eastern enlargement of the European Union in 2004 have presented significant obstacles.

These changes to the global economy introduced much greater international competition for Portuguese companies, which produced products of a similar low value-added profile. While a structural shift in the economy may have taken place in this early period, this in turn did not lead to a sustainable trajectory of export-led growth. This difficult transition is ultimately what led to the debt crisis.

There is therefore still plenty to be concerned about when discussing the future of the Portuguese economy. The government is wrong to claim that the thesis of “expansionary austerity” has produced a shift from an import-led to an export-led model of growth under its watch. This structural shift has been underway for some time but still seems to have yielded little in the way of a shift in prospects for the economy to sustainably grow.

And the damage inflicted by austerity policies is clear to see in Portugal when you look beyond the headline growth figures. Unemployment remains incredibly high at 13.9 percent (albeit down from its 16.2 percent peak in 2013) and long-term unemployment levels were at 60 percent in 2014, 30 percent higher than the OECD average. Portugal’s health service has faced severe cuts affecting front-line services, emigration levels among young people especially are soaring, and government debt levels remain at a worryingly high 130 percent of GDP.

And yet, the likely return to power of the current coalition will only add political weight to the failed logic of austerity. The damage done will take root and growth will ultimately stagnate in an uncertain international environment. In its search for a sustainable growth model Portugal may well be considered a star pupil, but this label has only been achieved by learning bad lessons.

Jamie Jordan is an ESRC Ph.D. candidate in international relations at the University of Nottingham, U.K. This article was previously published on TheConversation.com