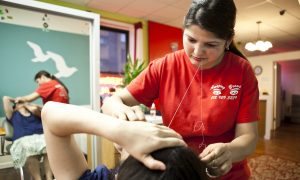 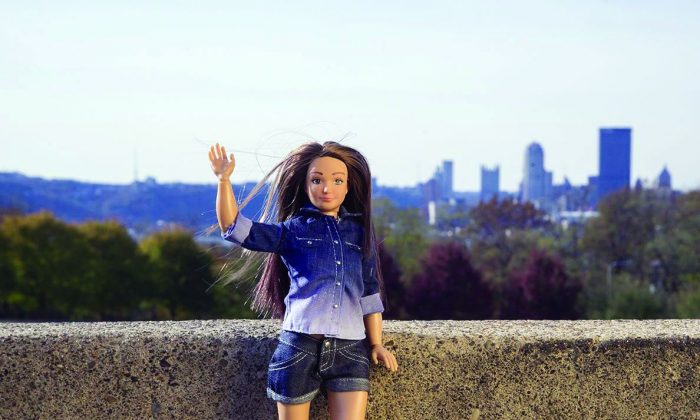 The successful campaign was considered revolutionary at the time, and today Dove remains one of the few major companies to champion realistic beauty norms.

However, the trend toward authentic imagery is starting to gain momentum as well as consumer backing, says toymaker Nickolay Lamm, who launched the first so-called “Normal Barbie” earlier this year.

“There’s a trend toward natural/realism in what we see in the media and products that are made,” said Lamm, who will ship his first order of dolls to Canada and the U.S. just in time for Christmas.

In March, Lamm launched a crowd-funding campaign to start production of the Lammily Doll. Within a day he had met his fundraising goal of $95,000 and eventually attracted more than 13,621 backers (including about 1,000 Canadians), who pre-ordered over 19,000 dolls.

His light-bulb moment came when he was shopping for a niece’s birthday gift. After browsing the toy store aisles he noticed there was very little physical diversity among the dolls available, and realized that an alternative to Barbie was sorely needed.

Meanwhile, worldwide sales of old-school Barbie, an iconic staple since 1959, have dropped for the past three consecutive years, posting double-digit sales declines in the first two quarters of 2014.

In an age where consumers are more engaged and have more informed buying power than ever before, companies are forced to take note or risk oblivion. There are several recent examples to suggest authentic body image representation has started to take hold in the corporate world, often pushed forward by consumers.

In 2012, middle-schooler Julia Bluhm persuaded over 85,000 people to sign a petition asking Seventeen magazine to stop using photoshop to alter images of young girls in their magazines. After much public pressure the magazine published a “body peace treaty,” promising not to digitally alter body sizes or face shapes.

It has also become common for the blogosphere and Twitterverse to call out companies and marketers for digitally altering images of girls and women. “Photoshop fails” are routinely circulated online to show evidence of doctored images and before/after photos.

This year, big-name fashion designers such as Marc Jacobs and Donna Karen have put out casting calls online and hired “real” people to model their clothes instead of professional models. And in several of Jacobs’ recent fashion shows his models wore no makeup whatsoever.

In addition, “alternative” plus-sized mannequins have been popping up in stores in recent years, as well as mannequins with realistic features such as pubic hair and nipples. In a touching campaign, one clothing store in Zurich, Germany, cast its mannequins in the likeness of local disability activists with visible alterations such as missing limbs and contorted spines.

Rather than a temporary trend, the shift toward realness is here to stay, according to Mike Doherty, president of Seattle ad agency Cole & Weber United.

He cites the popularity of organic and local food, artisan products, do-it-yourself skills such as knitting and vegetable gardening, and the rise of “cause marketing,” voluntourism, and ecotourism as a few examples of the broader movement toward authenticity.

“The desire for ‘real’ seems to be driven by things that are bigger and more lasting than the usual ‘trend and counter-trend’ shifts that we often see,” he wrote in a piece for Fast Company magazine.

“People are looking for, and need, realness. There is a powerful urge to get in touch with what they believe is a more ‘real’ world, and it’s leading us to a place where signs of realness take on greater value.”