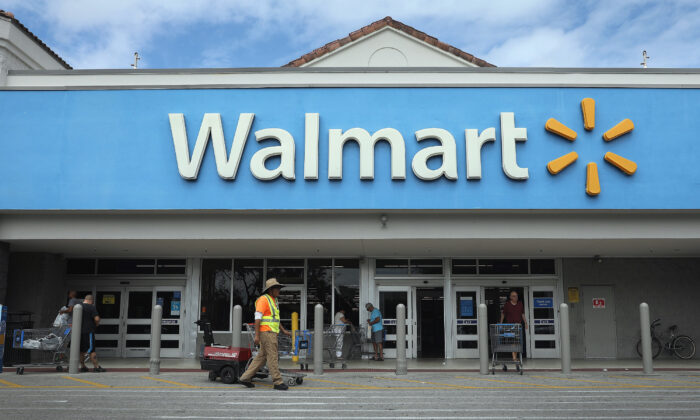 Is ‘Made in USA’ Making a Comeback?

Confluence of policies and events is pushing plants, factories back to the United States

American companies are starting to bring manufacturing back to the United States. Although it’s by no means a stampede back home, the rate of return, or the “reshoring” of U.S. firms, is increasing.

There several reasons for this positive trend, some of them surprising.

Regardless of one’s political preferences, President Donald Trump’s corporate-friendly tax relief and deregulation deserve some credit for enticing companies back to American shores.

Trump’s trade war with China—which has included high tariffs on Chinese goods across the board—is also partly responsible. How much it was, however, is debatable. But in the bigger picture, it’s been a cascade of events that have broken the spell of outsourcing to China.

Not Just About Cost

For one, China is a long way away from the U.S. and European markets. And as China’s economy grew, costs rose. But for many years, it still made sense for most companies to anchor factories there. But increasingly, concern about supply chain and manufacturing disruptions are more the rule than the exception.

Those disruptions came in the form of loss of intellectual property (IP) to theft, loss of technology, and even loss of market share to Chinese knockoffs that sprang from the stolen IP and technology. Also, in the telecommunications and routing industries, China’s use and exploitation of spyware via Huawei equipment and other providers has highlighted the commercial and cyberthreat risks of relying on China-sourced technology. What was a small problem two decades ago has mushroomed into a predatory practicing threat to business today.

But it’s more than that. There are disadvantages to having supply chains so far from markets. For example, customer fulfillment and product response agility suffer. Companies thousands of miles away are slow to react to customer needs or adjust to market demands. Big firms such as Caterpillar, GE, Intel, Under Armor, and others are starting to realize the tangible market advantages of being close to their market.

There’s also the issue of social liability. At the Golden Globe awards in January, comedian Ricky Gervais pointed out the moral hypocrisy of Apple CEO Tim Cook for exploiting sweatshop labor in China while making billions of dollars off the backs of that labor. But it was more than just a barbed joke. U.S. corporations can face swift financial retribution across the new media world—that they themselves created—from a “woke” customer base for such trespasses of injustice.

Environmental concerns are also an issue. Pollution and sustainability in production facilities that are internal to China have become more important of late, not only to companies but also to their customer bases, and China is at the top of the list of the world’s polluters. Those non-economic factors that once carried little or no weight are now factors in the reshoring efforts of some U.S. manufacturers.

In addition to a more business-friendly climate in the United States—and perhaps because of it—the concept of “local-to-local,” where products are made in or close to their main market, is gaining traction among many U.S. companies. Thus, the reshoring of their production facilities back to the States.

Under Armour, for example, is part of this local-to-local trend, with plans for a new factory to be located in the Baltimore area.

But even though China has become less attractive, the cost of making something remains a key factor in factory locations. It would be difficult for firms in labor-intensive industries such as shoes and apparel to return to the United States, where labor costs are high, without being able to make their required margins. The advancement of automated manufacturing technologies will help make local-to-local possible.

The U.S.–China trade war revealed more than just inequities in trading agreements between the two countries. As important as that was, it also showed the folly of relying on a geopolitical adversary for 80 percent of strategically critical materials, such as rare-earth elements, which are used in aircraft and missile guidance systems, cell phones, and electric cars. As a result, new rare-earth mining operations are now opening up in Wyoming.

But it’s more than just rare-earth elements for which the United States depends almost solely on China. The United States has single-sourced critical pharmaceutical drugs, such as antibiotics, and common over-the-counter drugs, such as ibuprofen and aspirin, to China, as well as high-quality medical technologies and supplies.

Ironically, vital medicines and protective masks that have come from China now can’t be used, because of fears of having been handled by infected workers. Like the ongoing trade war, China’s COVID-19 epidemic has underscored the high risk and short-sightedness of such a trade policy. However, it remains to be seen if drugmakers and medical supply firms move production back to the United States.

Walmart Comes Back, Too

Ironically, the rush to outsource to China was led by Walmart, the largest retailer in the world. Leveraging its market power and low Chinese wage rates, the Arkansas-based superstore has been accused of single-handedly destroying the mom-and-pop stores across the United States by driving them out of business with pricing with which no one could compete.

But now the tide has turned. For Walmart, bringing back labor-intensive jobs in the textile, apparel, and consumer products industries to the United States is a top priority. The retail giant is actively evaluating plans for its U.S. Manufacturing Innovation Fund that it began in 2013, which was founded to jumpstart America’s manufacturing sector. Walmart plans to increase its own support by purchasing $250 billion worth of U.S.-made products by 2023.

How big or sustainable is the reshoring trend that we’re seeing?

It really depends on which companies you talk to. Some firms plan to move some but not all of their production back to the United States, while relocating their China factories to nearby countries such as Vietnam and Malaysia. Other companies plan to open new factories in China after the COVID-19 epidemic is over with. That timing, however, remains unknown.

But of course, plans change as circumstances on the ground change. Political stability is also a big factor in companies’ decision-making processes. Rising unrest as the epidemic widens in China may be another factor to consider.

A reasonable assessment of the reshoring trend may include the global trend of regional localism. That’s where factories are not necessarily repatriated, but rather, are relocated in or near major markets, wherever possible.