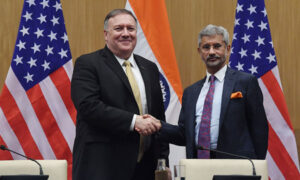 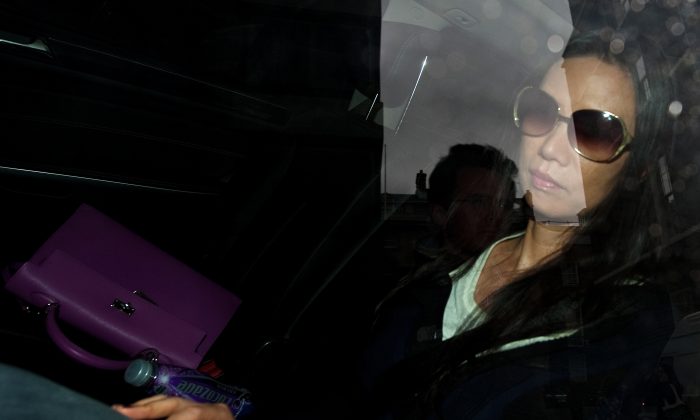 Rumors that Wendi Deng, the ex-wife of media mogul Rupert Murdoch, is a Chinese spy have been circulating for years.

The Wall Street Journal’s (WSJ) recent report that U.S. counterintelligence officials had warned Jared Kushner, son-in-law and senior adviser to President Donald Trump, that Deng could be using their friendship to further the Chinese regime’s interests have reignited those speculations.

Deng, born and raised in China but now a naturalized American citizen, has known Kushner and his wife, Ivanka Trump, for a long time.

Vanity Fair previously reported that before their marriage, Deng helped reunite the couple after they broke up in 2008.

In January 2017, at one of President Trump’s inauguration events, Deng posted a photo on Instagram of Ivanka and herself, posing warmly.

According to the WSJ, counterintelligence officials did not accuse Deng, Kushner, or Ivanka Trump of any wrongdoing, but had made an effort “to highlight to Mr. Kushner, who was new to government, the need to be careful in his dealings with people whose interests may not align with those of the U.S.”

There have been documented accounts of Deng’s interactions with former Chinese Communist Party leader Jiang Zemin and his faction. In journalist Wendy Goldman Rohm’s 2001 book, “The Murdoch Mission: The Digital Transformation of a Media Empire,” she describes a private dinner with then-leader Jiang, top Chinese officials, Murdoch, his son, James Murdoch, and Deng. The meeting was an effort to help forge the media empire’s business ties in China, James having recently been appointed by his father to head the Asian broadcaster Star TV.

Two years prior, in 1999, Deng had acted as the guide and translator when Jiang’s right-hand man and top official, Zeng Qinghong, visited Australia, according to a Sydney Morning Herald report. Zeng was treated to a seafood feast at one of Sydney’s top restaurants, which was closed to the public so Zeng and his companions could enjoy a local specialty, green lip abalone, accompanied by a gorgeous sunset harbor view. Zeng was also taken to Murdoch’s Fox studios, where he was introduced to film stars Nicole Kidman and Ewan McGregor on the set of “Moulin Rouge.”

It doesn’t help that the Chinese regime has inadvertently added fuel to the spy rumors.

In June 2013, soon after Murdoch filed for divorce, China’s state-run newspaper People’s Daily published an article titled, “Murdoch’s reason for divorce: Getting rid of Deng’s control over News Corp,” apparently confirming the rumor that Deng was trying to exert influence over news coverage of the Chinese regime overseas.

As it happens, the recent Kushner revelations also contain connections to Jiang. According to the WSJ report, U.S. officials had expressed concern over a counterintelligence assessment that Deng was lobbying for a $100 million Chinese garden—funded by the Chinese regime—to be constructed at the National Arboretum in Washington, D.C. Intelligence officials deemed the project a national security risk because the garden plans included a 70-foot-tall tower that could potentially be used for surveillance.

The deal for the garden was brokered by Jiang Zehui, Jiang’s cousin and then-head of the state-run research institute, Chinese Academy of Forestry, in 2003.

The project has since been shelved due to counterintelligence concerns, according to WSJ.