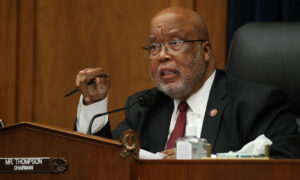 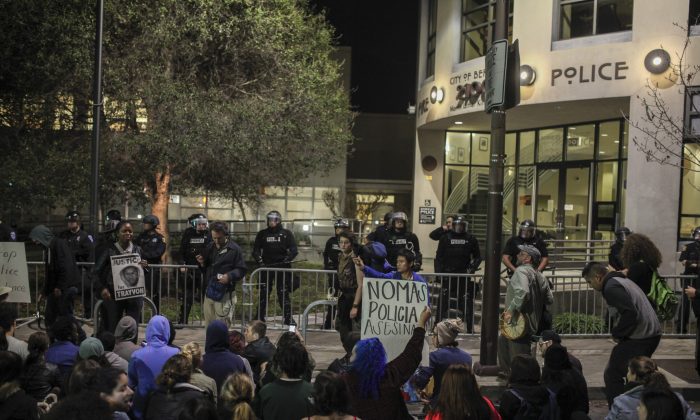 Demonstrators protest in front of the Berkeley police station in Berkeley California on Saturday, Dec. 6, 2014. Two officers were injured Saturday night as a California protest over police killings turned violent with protesters smashing windows and throwing rocks and bricks at police, who responded by firing tear gas, authorities said. Demonstrators were responding to the grand jury verdicts in the shooting death of Michael Brown in Ferguson, Missouri and the chokehold death of Eric Garner in New York City by local police officers in their communities. (AP Photo/San Francisco Chronicle, Sam Wolson)
US

Is It Legal to Flip Off a Police Officer?

This isn’t a suggestion that one should go around flipping off anyone–let alone a police officer– but keep this in mind if you’re ever faced with that problem, say, in a protest or otherwise.

The U.S. Court of Appeals for the 2nd Circuit ruled that the “ancient gesture of insult is not the basis for a reasonable suspicion of a traffic violation or impending criminal activity.”

As it’s colloquially known, giving someone the finger (or flipping the bird, the one finger salute, or simply the middle finger) has been used since as far back as ancient Greece. It was used to degrade, threaten, or intimidate–so, much like today.

As the BBC notes in a 2012 piece, according to a later Greek historian, Athens philosopher Diogenes in the 4th century BC used a middle finger to insult the orator Demosthenes.

“It’s one of the most ancient insult gestures known,” anthropologist Desmond Morris said at the time.

The Romans also used it, calling it “digitus impudicus,” which means the shameless, indecent, or offensive finger.

Despite it being offensive, a police officer cannot arrest you or pull you over if one uses the gesture. However, whether or not the officer is compliant–or are even aware–of the ruling is another question in its entirety.

The appeals court ruling was in response to a case where a New York man, John Swartz, and his wife, Judy Mayton-Swartz, sued two police officers in 2006 after he flipped one of them off at an intersection in St. Johnsville, N.Y. Swartz was charged with disorderly conduct, but the charges were later dismissed.

“The only act [officer] Insogna had observed prior to the stop that prompted him to initiate the stop was John’s giving-the-finger gesture. Insogna acknowledged in his deposition that he had not observed any indication of a motor vehicle violation,” reads the ruling.

The officer thought that Swartz’ wife was in “distress” or what he was trying to get his attention. But as the ruling says, “This ancient gesture of insult is not the basis for a reasonable suspicion of a traffic violation or impending criminal activity. Surely no passenger planning some wrongful conduct toward another occupant of an automobile would call attention to himself by giving the finger to a police officer.”