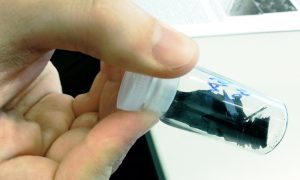 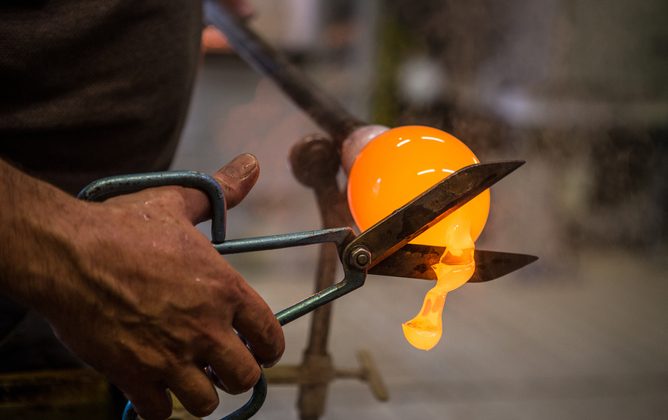 Is Glass a Solid or a Liquid?

Before Pilkingtons invented plate glass in the mid-19th century, flat panes could not be made. Old windows are uneven.

Some once thought this was because glass is a liquid that flows down slowly over the centuries. That’s wrong. But although glass does not move on timescales as “short” as centuries, the true nature of glass, whether it is truly solid or a very viscous liquid is something we do not know.

Solving the challenge, determining whether glass can become truly solid, requires identifying a clear transformation, the equivalent of liquid water freezing to ice as temperature changes. Of course glass can be found in a liquid state, but does it become a true solid once it cools down?

The problem with glass-forming materials – which include plastics, alloys and ceramics in addition to everyday “glass” – is that there is no obvious transformation. On cooling we cannot definitively say yet that glass has become a solid.

Glass is so poorly understood that if a transition occurs it is far from universally accepted. It is said that “there are more theories of the glass transition than there are theorists who propose them”.

The reason it is hard to observe a liquid transforming to a perfectly solid “ideal glass” is that to do so we would have to wait an extraordinarily long time (much longer than centuries) because the process is very slow. But the behaviour of viscous liquids is more surprising than simply having to wait a long time.

If we look at the microscopic behaviour of small groups of molecules, viscous liquids seem to find it hard to make up their mind whether to be solid or liquid. Regions of a few tens of molecules in size are liquid-like, others are solid-like. Over time these regions change between being solid-like or liquid-like state. This is totally different to water freezing, when all the molecules together decide to form a solid.

We tried to answer this question and found a new way to understand how molecules behave in these small regions in a viscous liquid. We used information theory originally developed in Bletchley Park for code-breaking to find out how molecules in the solid-like and liquid-like regions communicate with one another. It involves the use of calculating multiple permutations and combinations of interactions between atoms, much like the permutations and combinations needed to break the Enigma code.

Each molecule “talks to” a select group of neighbours and that group of molecules is either solid-like or liquid-like. Simultaneously the groups of solid-like molecules organise into arrangements of icosahedra – one of the five Platonic solids – predicted by Charles Frank, also at the University of Bristol, back in 1952. Meanwhile the groups of liquid-like molecules are less organised, often making squares and triangular prisms which aren’t as rigid (solid-like) as icosahedra.

Our work shows that the numbers of solid-like molecules in icosahedra increase as the material becomes more viscous, and the size of these regions of molecules organised into icosahedra becomes larger and larger. Eventually all the molecules are part of these solid regions and the material becomes an ideal (perfectly solid) glass. This supports the idea of the existence of an ideal glass, taking us closer to resolving the scientific revolution that is the glass transition.

Understanding the behaviour of glass-forming materials and whether there is a true solid glass is important in the development of metallic glasses. The mechanical properties, such as stiffness, of these glasses are superior to normal metals. Another important class of glass formers are chalcogenide materials, which are the basis of optical storage and are an important future technology for high-performance non-volatile hard drives.