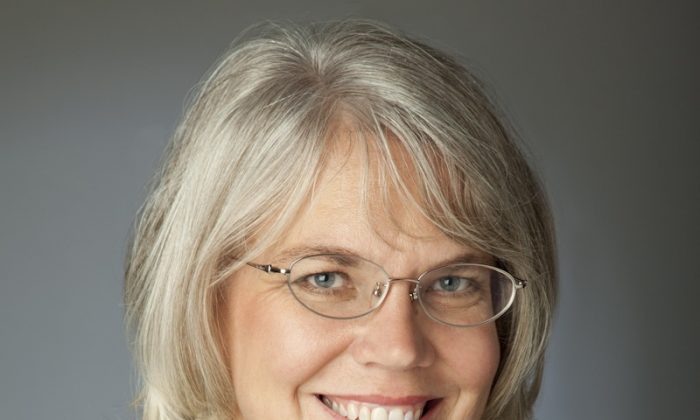 Saundra Schimmelpfennig recommends both educating yourself about what people really need before giving aid and helping out locally first.
Style

In the last several years, the Buy One Give One (BOGO) slogan has turned into a household concept.

It refers to a relatively new form of shopping whereby the buyer, at the point of sale, also becomes benefactor. By making the purchase, the consumer automatically donates a similar item to a person in need, usually located in an impoverished country thousands of miles away.

Donating goods coupled with gaining goods appeals to a sense of altruism and has turned into a profitable marketing strategy for businesses.

Yet all good ideas must be viewed dialectically. Not everyone agrees that free gifts are actually helping the communities that receive them.

Saundra Schimmelpfennig is one of those people.

With over 20 years’ experience working directly in the field of foreign aid, she knows first-hand that good intentions are just not enough when it comes to helping others.

The Epoch Times interviewed Saundra Schimmelpfennig to find out what motivated her to found the organization Good Intentions Are Not Enough, a service of The Charity Rater, LLC. The company is dedicated to providing information and resources to those who wish to be more efficient donors or aid workers.

“There is a huge problem with aid creating dependency,” she said. “Depending on how aid is done, it can either help people meet their own needs or it can hinder them from meeting their own needs.”

She continued: “It’s important to always think critically about whether the program you’re looking at funding would solve the fundamental problem. For instance, the root cause of ‘shoelessness’ is not a lack of shoes, but a lack of money to buy shoes, or a culture that does not consider shoe-wearing to be important. Creating jobs helps address one of the root problems. Handing out shoes does not address either problem.”

She says that the appeal of the BOGO concept is that it ties into two strong needs in America: “The need to consume and the need to feel good about yourself.”

People like to be “whites in shining armor,” a term she coined to describe the fantasy that the people in need are victims, while the donors are their saviors. Sending free handouts fuels that heroic image.

“Sometimes, they even get a ‘social bump’ for wearing the shoes that people associate with helping the poor,” Schimmelpfennig said.

Unfortunately, people buy into the fallacy that the best way to help is to give poor people stuff.

“Poverty is not caused by a lack of stuff, nor is it solved by providing stuff,” she commented.

Her extensive knowledge base has been garnered from learning the many angles of foreign aid, both as a volunteer and as an employee in government offices locally and abroad.

In the aftermath of the tsunami in Thailand in 2004, she helped a government office coordinate the droves of nonprofits flooding into the area. It was there that she saw first-hand the best and the worst of aid and its impact on the people it was sent to help.

“After the 2004 Southeast Asia tsunami, thousands of shirts were donated to Thailand,” she shared. “But T-shirts weren’t needed, so one charity actually had local people cut them into shapes, fill them with beach sand, and sell them to disaster tourists.”

That did not stop her from discovering a boarded-up parking lot filled with black bags of donated clothing molding in the tropical weather.

“Unwanted donations can be a real disposal problem in countries without sufficient landfills,” she said.

Quoting a 2005 World Disaster Report, she told us that cattle started eating and strangling on the clothes that were being dumped beside the road because villages refused to accept them anymore.

Some relief efforts had to be redirected toward cleaning up the clothes so that the cattle that were people’s livelihood would not die.

She spent time speaking with villagers, religious leaders, government officials, and staff of local organizations, as well as heads of international aid organizations.

Based on what she learned and on many studies, Schimmelpfennig found that what poor people actually want the most are jobs that are not dangerous and that pay a living wage.

And they want freedom from the small daily humiliations that come with being poor—such as drug testing for welfare recipients.

She explained, “With secure jobs, poor people can buy shoes for their children, send their children to school, and try to develop a little financial security for future bad times.”

“It quickly became apparent that many poor aid practices were a result of charities trying to attract or keep donors,” her website www.goodintents.org says.

“The donors themselves were unaware of the many misconceptions they held about aid. These misconceptions combined with the lack of easily accessible information made it almost impossible for donors to give in ways that matched their good intentions.”

Since the tsunami, Schimmelpfennig has dedicated herself to educating people.

The video “A Day Without Dignity” has become a counter-campaign to the Buy One Give One concept and makes a powerful statement with targeted messages like hand-held signs that read, “Handing out free goods out-competes local markets.”

She has been criticized by some people who say that at least these companies are “doing something.”

Her answer: “I’ve seen too many people who make things worse by just ‘doing something’ without understanding or even living with the consequences.”

For more information about her work, please visit www.goodintents.org.