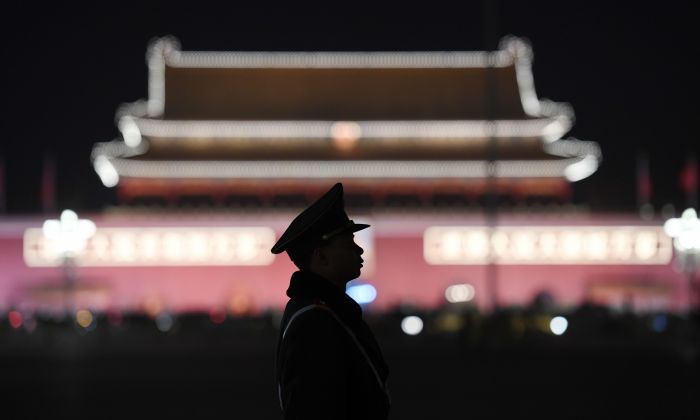 Is Foreign Aggression the Next Step for China?

The Chinese Communist Party (CCP) is in crisis. That may seem to be an exaggeration, but it’s not. The Party is facing the greatest challenges to its leadership since Tiananmen Square in 1989. In fact, the risks to the Party’s legitimacy are even higher today because the Party could rely on rising levels of exports to the West and direct investment from it. That’s no longer the case.

The trade war is helping to both reveal and exacerbate some of the deep fissures that exist in the relationship between the Chinese people and their leadership. These rifts of dissatisfaction were there long before Trump arrived, but as they grow more pronounced, they pose potentially explosive consequences for China and its leadership.

These rifts are certainly not just about Hong Kong or even Taiwan, although they’re definite factors. More concretely, it’s the deep alienation that much of the mainland Chinese populace feels with regard to the Party that is the clear and present threat to domestic stability. Furthermore, this is no secret in China; everybody knows it.

The CCP most certainly understands its now-tenuous position within the minds of its subjects. In his address to the National Congress in March of this year, Chinese Premier Li Keqiang, acknowledged it in unusually frank terms, saying that, “Instability and uncertainty are visibly increasing and externally generated risks are on the rise.” He also admitted that China’s problems are “of a kind rarely seen in many years.”

Thus, the Party faces growing public dissatisfaction on a variety of fronts, not just the with the economy, although that is huge, since economic growth is central to the Party’s claim to political legitimacy. Additional criticisms include rampant state corruption, such as state theft of property and businesses, uncontrolled pollution, poor social services, including healthcare and unemployment benefits, as well as many other complaints.

The Party’s “cure,” for what ails the country, however, may be just as bad, if not worse, than the disease.

Power at Any Cost Is the CCP’s Priority

The trajectory of China’s economy, at least in the near term, remains downward. This reality is only accelerating China’s problems as well as the CCP’s deteriorating reputation. This explains the expanding state control over the population via its “social credit system” that includes growing surveillance and punishment powers.

That may also be why, after 40 years of Party rule by consensus, that the Party has allowed Xi Jinping to take on the mantle of supreme leader, a role last held by Mao Zedong. They may have decided that one, powerful and charismatic personality will engender more loyalty than a phlegmatic council of faceless elders devoid of personality.

But that move comes with serious risks as well. Consolidating power into the hands of one person is, by definition, a destabilizing factor. Information channels and decision-making processes are narrowed, political paranoia clouds perspective and self-preservation may come at the expense of the greater good. Historical examples of the dangerous excesses of one-man rule are plentiful and recent.

Furthermore, the Party’s claim that only it can guide China to a prosperous future while admitting that things are getting worse is a tough pill for the public to swallow. Undoubtedly it’s an effort to rally the public’s continued patience and support for the Party. But ordering expanded levels of control over the economy and greater oppression of political and religious expression in the face of deteriorating conditions won’t raise GDP, either.

The reality is that as the impact of the trade war with the United States deepens and spreads out into the economy, conditions will continue to decline. The CCP’s totalitarian approach will only lead to greater instability, generating more unrest, not less. The Party finds itself in a vicious downward spiral.

As noted in earlier posts, China’s “One Belt, One Road” (OBOR, also known as Belt and Road) initiative has been a part of China’s effort to expand its economic, political and cultural footprint. But it has not yet delivered the resources and economic growth needed to offset the current economic challenges. Nor will manipulating GDP data for public consumption be enough to change the reality on the ground.

As conditions get worse, the Party will certainly appeal to Chinese nationalism against the United States, commonly portrayed as a nefarious, meddling foreigner. That’s what makes both Hong Kong and Taiwan quite convenient and powerful propaganda tools. Consider, for instance, that Taiwan’s per capita income is almost two-and-a-half times that of China, while Hong Kong’s is almost four time higher. This simple reality is undeniable proof that the CCP is not needed in China for the people and the country to prosper.

But rather than change the political and economic system in response to that fact, which would certainly mean the eradication of the Party from China, the CCP would prefer to change the facts. Both Taiwan and Hong Kong are allied with the West, specifically, the United States. Hongkongers waving the American flag and appealing to the United States for protection against any crackdown by the CCP have provided the Party with the perfect foil: the return of the threat of foreign intervention in China.

The Taiwan situation, with its de facto alliance with the United States, may be even more of a catalyst for China’s military intervention than Hong Kong. Xi Jinping has explicitly stated that “re-unification” with the “renegade province” is inevitable. The aggressive policies of the Trump administration may well have accelerated those plans.

Since 2016, Beijing has systemically isolated Taiwan from most of its regional allies. That’s more than just a message. It’s an effort by China to set the regional political table prior to taking some sort of political, if not military, action against Taiwan. The CCP’s public accusations against the United States of “interfering in China’s internal affairs” and “damaging its sovereignty” with its arms sales to Taipei underscores this narrative.

Concurrently, as things become worse in China, the more instability will rise and the people’s patience with the CCP will fall. This dynamic will only deepen the crisis in the Party. It also makes it more likely that China will turn to nationalistic militarism to divert the people’s focus away from the worsening conditions and their cause.