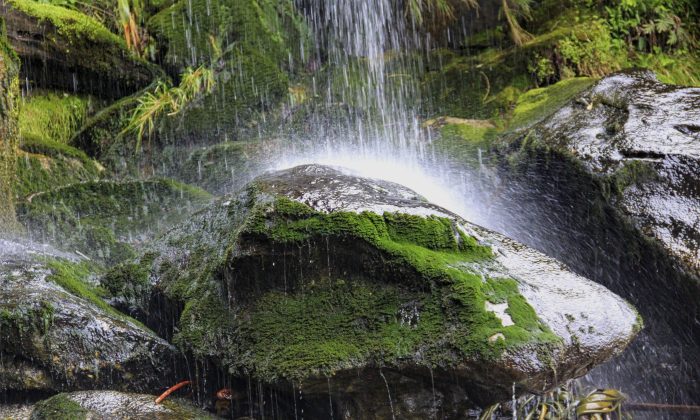 Is Faster Rock Weathering an Answer for C02?

Speeding up the natural process that weathers rock could be a way to remove CO2 from the atmosphere, according to new simulations.

Lyla and colleagues used a complex modeling approach to investigate the large-scale effects of weathering and to find out how to accelerate the Earth’s natural CO2 removal system to counteract CO2 emissions and ocean acidification.

Weathering occurs when rainwater comes into contact with rocks under warm conditions, causing the rock to breakdown chemically. This process converts CO2 to bicarbonate, a natural neutralizer, which eventually drains away via rivers to the oceans.

Plants enhance this further by acidifying the soil particles around their roots. It helps if the surface of the rock particles is large, such as in silicate rock like volcanic rock basalt.

“We have shown that, in principle, rock weathering could indeed draw down atmospheric CO2and could benefit coral reefs in the ocean,” says Taylor.

“The simulations we ran were idealized as they covered some of the world’s most ecologically sensitive terrestrial environments, however our evidence shows that the enhanced weathering strategy is definitely worth investigating further as it could play a significant role in offsetting the damage we are doing to the environment.”

‘So We Know What Our Options Are’

Ocean acidification is caused by the uptake of CO2 from the atmosphere, which leads to an ongoing decrease in the pH of the Earth’s oceans and has a range of possible harmful consequences, including coral bleaching, which leaves the organism vulnerable to disease.

The United Nations estimate ocean acidification could cost the global economy one trillion U.S. dollars a year by 2100.

“This study is important because deploying strategies for removing CO2 from the atmosphere are strongly embedded in climate stabilization policies but don’t yet exist,” says David Beerling, a professor at Sheffield and the study’s lead author.

“With the U.N. Climate Change Conference still at the forefront of everyone’s mind, it is vital that we investigate the safety, effectiveness, and benefits of methods such as enhanced weathering so we know what our options are. Detailed theoretical modeling like this is a good place to start,” he adds.

The study appears in Nature Climate Change. Additional researchers from the University of Bristol, University of California, Columbia University, and the Goddard Institute for Space Studies collaborated on the work.

This article was originally published by University of Sheffield. Republished via Futurity.org under Creative Commons License 4.0.