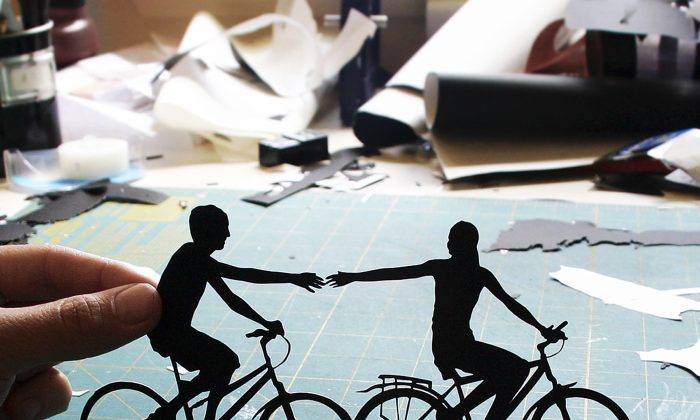 Is Etsy Losing Its Soul With IPO?

Etsy had its small beginnings 10 years ago in a Brooklyn apartment. Three NYU students founded the company after one of them, Robert Kalin, couldn’t find a market to sell a wood-encased computer he had created.

Last year, the company reported $195.6 million in sales, up 56.4 percent from 2013. Some of the eye-catching items on the website include a hand-embroidered chiffon halter F. Scott Fitzgerald-inspired dress in soft pink for $139, shipped from Toronto, Canada; and a hanging lampshade made in Slovakia with porcelain white geometric shapes that protrude in every direction for $144.

But even as Etsy evolves from its indie origins, some sellers have left the company, fearing the homogenization of crafts, following company policy changes.

In the fall of 2013, the company known for its do-it-yourself flair began allowing mass manufacturing operations, so that an item mass produced in China could be side by side on the site with a custom-made bracelet crafted by a college student. The new policies “allow you to partner with manufacturers to produce your designs,” according to Etsy’s website.

As Etsy evolves from its indie origins, some sellers have left the company, fearing the homogenization of crafts, following company policy changes.

Questions about Chinese sellers on the website’s forums were dismissed by Etsy employees.

“Using any particular country as a shorthand for some undesirable quality doesn’t improve any conversation here in the Forums,” wrote Administrator Rob White in one instance. “On the contrary, we view it as not constructive and potentially demeaning to members of the Etsy community from that country.”

Maureen Skinner, from Fox, Ark., said in an email that she had noticed a stream of mass manufactured goods on the website.

Skinner, who never sold anything from her Etsy store Hatsy, said she hadn’t been aware of the 2013 policy change: “I always thought it was lack of diligence on the screeners’ part. I think it’s sad, honestly. But there will be other venues that arise.”

And even as early as three years ago, users scrolling through the Etsy website could see an influx of Chinese imports, according to those familiar with the site.

The Etsy store Dead Pretty Taxidermy, from Edinburgh, U.K., left Etsy on March 1 to start its own website. The owner, who wished to be identified as Shell S, said on Twitter, it’s “clearly no longer about art or antiques, just about making lots of money quickly.”

@Shannon_Liao clearly no longer about art, or antiques, just about making lots of money quickly. It’s no longer right for us or our products

She tweeted, “It’s no longer right for us or our products.”

Those who sell successfully on Etsy already have the tools to succeed on other platforms—and often do, wrote Grace Dobush, a journalist for Wired and someone who quit Etsy herself.

Others have picked up on Etsy’s limitations. Etsy competitor, Zibbet, offers users an alternative site free of mass-production, for instance.

Etsy could begin trading by mid-April on the Nasdaq under the ticker symbol ETSY, many saying that it could garner a lot more than $100 million. The IPO is being led by Goldman Sachs and Morgan Stanley.