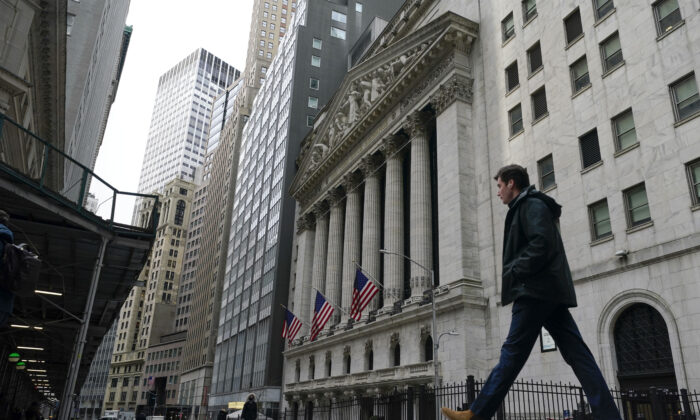 Is ESG Investing an Expensive Scam?

When you hear the acronym ESG, do your eyes glaze over? If so, you’re not alone. For some, ESG represents progress. For others, however, it’s nothing but a scam. Nevertheless, the ESG movement is picking up steam, with an increasing number of corporations jumping on board.

The acronym, which stands for environmental, social, and corporate governance, evaluates how a corporation balances social goals that benefit the broader community alongside more traditional goals, like maximizing profits. To understand ESG, it helps to break the acronym down.

Environmental: Today, climate change is arguably the most hotly debated of all the hot issues. With countries striving to reduce their greenhouse gas emissions to “net-zero” by 2050, companies are assessed on their environmental impact. This includes the amount of waste and pollution they create.

Social: Here, a company is judged on how it manages relationships with its numerous stakeholders—a vague term indeed. With ESG, the term “stakeholders” doesn’t just include customers, employees, and suppliers; it also consists of the broader community. Theoretically, this could mean every human in existence. Of the three ESG components, the second is probably the most contentious.

Governance: Questions asked here include the following: How does a company operate daily? Are company policies transparent? Is the company engaging in illegal practices? Is it respecting the rights of its shareholders?

Another question worth asking is, how many people actually understand ESG? The answer, it appears, is very few.

According to Barron’s, the sister publication of The Wall Street Journal, even retail investors, the very people who are supposed to understand the intricacies of ESG, “have a hard time explaining what it means.” According to the article, 25 percent believe ESG stands for “earnings, stock, growth.”

Moreover, 9 percent of respondents admitted that their “familiarity with the concept is not as high or as broad as some of the coverage on the topic of ESG investing might suggest.”

Because ESG is a murky ideology submerged in a sea of woke, greenwashing jargon. In the words of Chamath Palihapitiya, founder of investment firm Social Capital, the ESG movement is “great marketing.” In reality, though, “it’s a lot of sizzle, no steak.” ESG investing is nothing but a “complete fraud.”

Strong words—and they appear to carry a great deal of truth.

ESG is just the latest addition to the woke-industrial complex. Environmental issues have become heavily politicized, with many left-leaning activists warning that the end is nigh. The apocalypse is coming, they warn, and we are ill-prepared for the horrors that await us.

Although the data suggest otherwise, environmental activists now dominate the narrative. Failure to follow their demands is punished swiftly and severely. This is why many corporations are eager to sign up for ESG initiatives.

Today, it’s all about appearances; corporations are desperate to give the appearance that they care, even if they don’t. ESG simply elevates virtue signaling to a whole new level.

As authors at Fast Company recently reported, in a survey of close to 1,500 executives involved in different industries, 58 percent of respondents “admitted that their companies were guilty of greenwashing.”

For the uninitiated, greenwashing is a form of marketing spin; it involves using green PR to trick the public into thinking that an organization’s products, services, and policies are environmentally friendly.

Among the “leaders in the U.S.,” according to the report, 68 percent of respondents admitted to greenwashing. Two-thirds of executives admitted that their company’s sustainability efforts were less than genuine.

One of the more flagrant examples of greenwashing in recent history involved Volkswagen, the multinational car manufacturer. In 2015, we found out that Volkswagen had been cheating emission tests for years. Before the bombshell revelation, the company had a long history of marketing its vehicles as both low-emission and eco-friendly. In reality, though, many of the company’s vehicles were fitted with engines that emitted excessive amounts of nitrogen oxide pollutants.

Not surprisingly, in an effort to improve their image, both Volkswagen and Coca-Cola have acknowledged the importance of ESG. Sustainability, we’re told, is of prime importance.

Of all the multinationals dedicated to ESG, BlackRock, the investment firm headquartered in New York City, is perhaps the most evangelical. Executives, we’re assured, are committed to sustainable investing.

According to the company’s website, sustainable investing involves “investing in progress, and recognising that companies solving the world’s biggest challenges can be best positioned to grow. It is about pioneering better ways of doing business, and creating the momentum to encourage more and more people to opt in to the future we’re working to create.”

However, according to Tariq Fancy, the former head of sustainable investing at BlackRock, the company talks a good game but delivers very little. In a rather explosive essay published last year, Fancy laid out how BlackRock has misled the public.

“They must know that they’re exaggerating the degree of overlap between purpose and profit,” he wrote. “These leaders must know that there is no way the set of ideas they’ve proposed are even close to being up to the challenge of solving the runaway long-term problems.”

The “marketing gobbledegook,” he warned, “is actively misleading people.”

This is the problem with ESG. The goals are lofty, even delusional. When corporations commit to ESG, they desperately try to “outwoke” each other, making increasingly ludicrous claims. If one company promises to transform its environmental impact in less than a decade, the next company will promise to do it in five years. If one company promises to reduce its plastic waste, the next company will promise not just to do this, but also to save the Amazon rainforest.

In this game of high-stakes poker, the power to bluff should not be underestimated. Talk, as they say, is incredibly cheap. In the world of ESG, talk is everything. Isn’t it about time that we stopped listening?