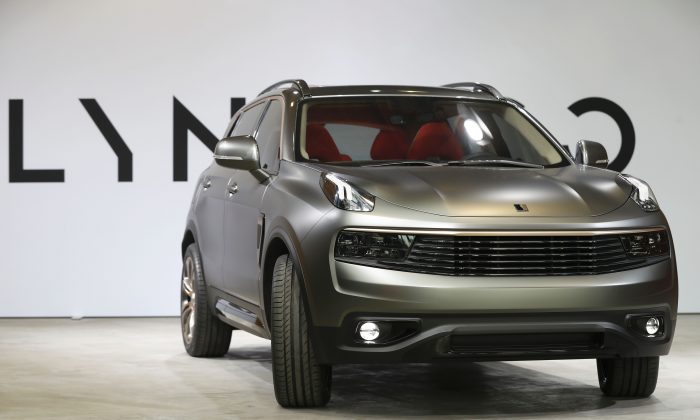 Is China’s Geely Building a Car Brand for the Future?

One of the most ambitious new car debuts in recent memory occurred last week in Berlin.

The 01 SUV, from new car brand Lynk & Co, will be permanently connected to the internet and have a built-in “share” button to let owners rent their car via a smartphone app similar to home-sharing via AirBNB. The vehicle will also have an open API and dedicated app store to allow third party developers to build apps for the car.

Lynk & Co’s new SUV and other upcoming vehicles will all be available with state-of-the-art hybrid or plug-in hybrid powertrains, and emphasizes utility and practicality. Similar to Tesla Motors, vehicle purchases can be made online via Lynk & Co’s website. The brand heavily engages social media, targets urban millennials, and views Volkswagen and Fiat as key competitors.

All of this sounds impressive. Is Lynk & Co a new mainstream sub-brand of BMW or Mercedes-Benz parent Daimler?

Geely currently owns Sweden’s Volvo Cars and the London Taxi Company. The new Lynk & Co 01 will be made in China and sales are expected to begin in 2018. A coupe-sedan, dubbed “02,” will follow shortly.

While the new car will be built in China, Lynk & Co emphasizes that its design and engineering is entirely European—a key selling point for the brand. Design of the vehicle was penned by Peter Horbury, Geely’s design director who cut his teeth previously at Volvo and Ford.

Geely has been planning this for years. The automaker set up China Euro Vehicle Technology AB in Gothenburg, Sweden three years ago. A lab staffed by ex-Volvo engineers headed by Mats Fägerhag, the former R&D director for defunct Sweden automaker Saab, led development of a new fully scalable “Compact Modular Architecture” vehicle platform that will be shared with upcoming Volvo compact cars. And power will come from three- or four-cylinder turbos and electric motors.

If Lynk & Co sounds like a fashion label, that’s not a coincidence. Company CEO Alain Visser—former executive at Volvo and Opel—called the 01 SUV a “smartphone on wheels” and has positioned the brand as a completely digital company catering to hip millennials.

Its website is a collage of photos of urban millennials—its “About Us” section features statements such as “We are Lynk & Co: Born Digital,” and its entire website feels more akin to that of a digital advertising agency than a car manufacturer.

In addition, Lynk & Co will not use traditional dealership networks or media advertising. Social media will be the preferred method of drawing customers, and sales will be made through its website.

In its domestic market, Geely builds cheap, no-frills cars. And even years after its Volvo acquisition, its product mix in China largely remains the same.

Without a domestic-foreign joint venture to provide R&D knowhow, Geely needed to either invest heavily on its own or acquire another automaker. It chose the latter and in 2010 made a $1.5 billion bid for struggling Volvo, which was considered a risky long-shot at the time. Following the global financial crisis, many automakers failed and both General Motors and Chrysler entered into government-sponsored bankruptcy reorganization.

But Geely took a rare approach for a Chinese company. Instead of squeezing Volvo for its know-how and transferring technology to China as a springboard to launch its namesake brand abroad, the company dedicated to growing Volvo on its own and kept interference at a minimum.

Geely committed $11 billion to develop Volvo, keeping its production and engineering facilities in Sweden. With a fresh infusion of capital, Volvo became something of an innovator in a stodgy industry. Last year, Volvo eclipsed 500,000 units in annual vehicle sales for the first time ever, buoyed by its new XC90 SUV.

Patience Could Pay Off

By the time Lynk & Co cars go on sale, it would have taken eight years for Geely to finally launch a car in Europe, far longer than anyone expected when it became the first Chinese company to take over a Western automaker.

Uncharacteristic to a Chinese firm, Geely has taken a patient approach, ensuring that Volvo engineering and technological expertise—long underfunded under the ownership of Ford Motor Company—is fully caught up before sharing its underpinnings. It studied both the retail strategy of Tesla Motors and the manufacturer-dealership network of more established automakers to arrive at the approach of an online-only distribution model. It examined the recent expansion of Uber Technologies and AirBNB to recognize that the sharing economy could drastically change the future of car ownership, especially amongst millennials.

Some critics look at Lynk & Co’s launch and compare it to previously failed attempts by Chinese automakers to enter Europe, such as Qoros Auto Co. and Jiangling Motor Corp.’s Landwind brand. But a deeper examination of the circumstances would reveal otherwise.

Past Chinese expansions into European auto market were misguided. Jiangling’s Landwind X7 SUV, for example, is a complete rip-off on the design of Land Rover’s Range Rover Evoque. In June, Land Rover sued Jiangling for copying its design.

Without an in-depth knowledge of the European market, the previous auto imports with Chinese-sounding marques were doomed from the start. Despite increased manufacturing capabilities, Chinese-made products have been associated with low quality, perceived or actual. So far, consumer perception of Lynk & Co is already higher than that of previous Chinese automakers. While Geely has a head start from Volvo-supplied platforms, it must ensure quality of assembly.

One can argue that Lynk & Co is also an amalgamation of various other companies, industries, and ideas. But it’s hard to look at its business model and not come away thinking that it resembles a future of the car industry.

So this time, rivals are taking Lynk & Co more seriously. A Reuters report said that BMW and Daimler are already “watching closely to see how the 01 fares with European consumers.”