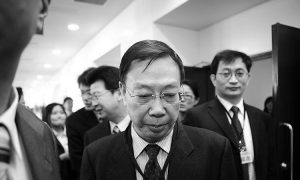 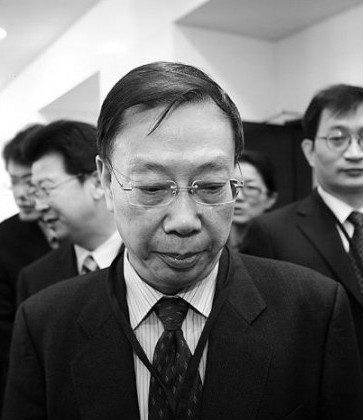 Former Chinese Vice Minister of Health Huang Jiefu after a conference in Taipei, Taiwan, in 2010. Huang was recently reported to have said that organ transplants from death row prisoners would cease in China. (Bi-Long Song/Epoch Times)
China

China’s top transplant official seems to have announced—once again—that the country will stop using the organs harvested from executed prisoners, and will from Jan. 1, 2015, onward, only use organs freely donated from regular citizens. At least, that’s what the headlines state.

If the promise has indeed been made, it would be the second time that Huang Jiefu, a surgeon with a seat on the Chinese People’s Political Consultative Conference, an advisory body to the Communist Party, and director of China’s Organ Donation Committee, has made the statement.

The first time was in 2012, though no hard deadline was set. That claim was also reported enthusiastically by major international media at the time—though there was no follow-up when, earlier this year, Huang backtracked and said that, actually, organs from executed prisoners would still be used, as long as permission is properly obtained.

It seems that similar chicanery is being employed in the present case.

Huang Jiefu’s remarks were made in a medical forum at a conference in Kunming, the capital of the southern Chinese province of Yunnan. There is no official transcript or recording of what he said—only reports in the Chinese media, some of them vague on key questions, all of them requiring some parsing.

For starters, the manner in which it was announced contained some ambiguity—and perhaps enough wiggle room to again renege on the promise if necessary. For example, Southern Metropolis Daily, a relatively liberal newspaper based in the southern city of Guangzhou, wrote that it had received the news “from an authoritative channel,” making it unclear whether a journalist with the newspaper was personally there when Huang made the statements.

Also, Huang was never actually quoted saying that organs from death row prisoners would not be used after Jan. 1, 2015, in any of the media reports on the topic. Southern Metropolis Daily quotes him saying, “It cannot be denied that currently in China, apart from traditional ideas leading to unenthusiasm for organ donation, people are worried about the fairness, justness, and transparency of organ donations.”

He added that these concerns have been a significant part of the obstacles for China to establish a legitimate voluntary donation system from members of the public, as opposed to reliance on prisoners on death row (or preponderantly on prisoners of conscience, as has been extensively argued and documented by several researchers.)

The part about “completely ceasing use of death row prisoner organs as a transplant donor source” was paraphrased, and attributed to the “authoritative channel.”

In all other Chinese reports on the topic, reference to death row prisoners was similarly paraphrased—so precisely what Huang Jiefu said is unclear.

An article in Yunnan Online contained a background section, which parsed the organ trade question in a way that would undermine the claim that China intends to eliminate reliance on prisoner organs.

In a section called “A Look Back,” the publication revisited Huang’s comments from earlier this year, which noted that death row prisoners are also Chinese citizens, and if they wish to donate their organs after death, they should be allowed to do so.

The key point, he said, is that such transactions should not be made privately, but be filtered through the formally established organ procurement and distribution system that he has worked to establish. This system is supposed to award organs based on need and time spent waiting, rather than how much one is able to pay, or willing to bribe doctors and other officials.

The Guardian made a similar concession. After a headline announcing, “China to stop using executed prisoners as source of transplant organ,” another line clarified that “death row prisoners have provided the overwhelming majority of transplanted organs for years, owing to high demand and low donation rates. But in future their organs will only be used if they volunteer to donate and their families approve the decision.”

This qualification changes the entire story.

It becomes no longer an announcement that China intends to stop using prisoner organs, so much as a clarification that, as researcher Ethan Gutmann put it in an interview earlier this year, “They’re basically saying that they need to get their forms in order.”

Gutmann’s book, The Slaughter, published in August, deals with what he calls the mass killing of practitioners of Falun Gong and other prisoners of conscience for their organs. Gutmann estimates that over 60,000 have been killed since 2000 in this practice. Chinese officials have never given a substantive response to these concerns.

If Huang Jiefu is merely saying that now, Chinese authorities will ensure that organs from death row prisoners are obtained only with proper permission, then this recent bout of news would amount to nothing more than a reiteration of remarks he made in March.

It would, moreover, be a remarkable, implicit admission of gross human rights abuses and violation of international medical covenants—because if China is only now announcing that it will use prisoner organs with permission, Huang seems to have indicated that prior to that, organs were removed from executed prisoners without their permission.

“Consent has been demanded by transplant rules since 1984, and by transplant law since 2007,” said Arne Schwarz, a Swiss researcher of transplant practices in China who has won an award for his work.

“Now, Huang admitted what everybody knew: That rules and the law have been ignored in the past. Why should we believe that they will not be ignored in the future?”

Schwarz continued: “But even if written consent can be presented, it is meaningless because international medical societies as The Transplantation Society and the World Medical Association, and even the Chinese Medical Association, agree that prisoners and other people in custody are not in a position to give consent freely.”

There is the added danger, Schwarz said, that processing organs from executed prisoners through the organ donation and allocation system, used for the organs donated by free citizens, will simply obscure and entrench the practice. And it will impede rather than enhance transparency and traceability, as the World Health Organization demands, he said.

Schwarz added, “All this shows that this announcement is not a reform, but propaganda.”