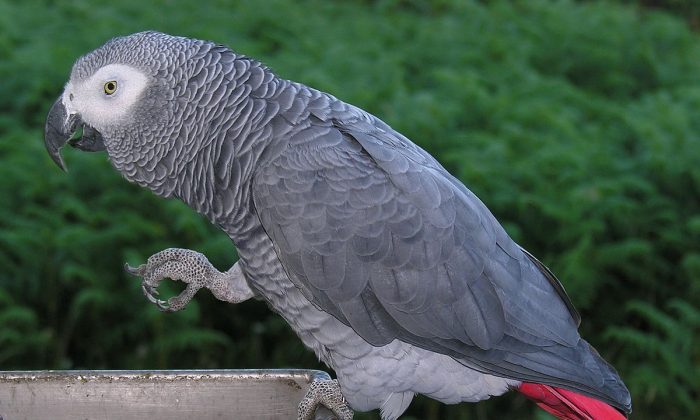 Is an African Grey Parrot Mimicking a Homicide?

A Michigan man’s wife is now the suspect in his murder in May 2015, according to new police reports. The reason why is that a parrot may have heard the dead man’s final words.

The bird, an African grey parrot, may have heard Martin Duram as he pleaded with his killer before he was shot five times, WOOD-TV reported. The bird, named Bud, was heard making a profane comment, “Don’t [expletive] shoot” in a video that was shot right before he was murdered.

“That bird picks up everything and anything, and it’s got the filthiest mouth around,” the victim’s mother, Lillian Duram, told WOOD-TV.

Grey parrots can live between 40 and 60 years, and for birds, they’re highly intelligent. They are prized for their ability to mimic human speech, making them one of the most popular avian pets. Experiments have shown African greys can learn number sequences and may be able to associate a human face with a voice. One parrot was even able to learn more than 100 words, and it could differentiate between shapes, objects, and colors.

According to the station, it’s unclear if police have seen the video of the parrot uttering the three-word phrase. However, police reports list Duram’s wife, Glenna Duram, as a suspect in the death. She was found with a gunshot wound to the head, which she eventually recovered from. She denies killing her husband.

Related Coverage
Panther Stalks and Then Launches ‘Attack’ on Man

“I know for a fact I didn’t kill my husband,” Glenna said, according to officials.

In 2012, Smithsonian reported on a study showing “parrots were able to make these sorts of judgments based on sounds associated with food” as well as “visuals that would logically produce the sounds.” It suggests they are capable of abstract and inferential reasoning.

“It suggests that grey parrots have some understanding of causality and that they can use this to reason about the world,” author Christian Schloegl told LiveScience at the time.

The African grey who allegedly heard Duram’s final words is being cared for by relatives.