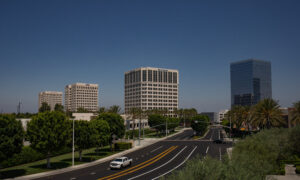 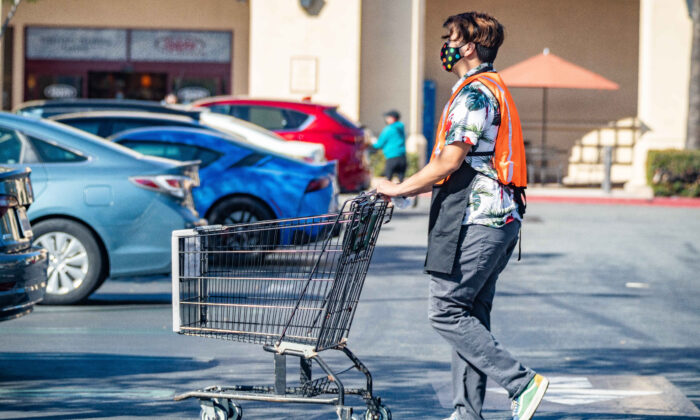 Irvine city council will consider boosting the pay of grocery store workers during the COVID-19 pandemic at a Feb. 9 meeting.

If approved, the ordinance would increase employee pay by an extra $4 an hour at any large franchise company—not including managers, or supervisors—for 120 days. The ordinance would go into effect immediately.

Grocery store employees are being singled out for the pay increase because they’ve been tasked with working the frontlines as essential workers during the ongoing pandemic, when the job normally doesn’t call for such a sacrifice, Kim said.

The city of Santa Ana is considering a similar ordinance to support grocery workers, while Long Beach recently implemented a $4 hero pay for grocery workers employed at large stores.

The initiative was not without criticism.

Grocery giant Kroger announced Feb. 1 that it would shutter two of its Long Beach stores—a Ralph’s location and a Food4Less store—in response to the city’s hero pay salary boost.

“As a result of the city of Long Beach’s decision to pass an ordinance mandating extra pay for grocery workers, we have made the difficult decision to permanently close long-struggling store locations in Long Beach,” according to a company statement. “This misguided action by the Long Beach City Council oversteps the traditional bargaining process and applies to some, but not all, grocery workers in the city.”

Kim said she didn’t think a situation like this would occur in Irvine.

“I’m suspecting that they were underperforming stores anyway. … There’s a variety of things tied to it,” she said. “Whether or not this was really as a result of hero pay, you don’t just get out of your lease … I’m suspecting they were ending a lease anyway.”

In Long Beach, the law applies to companies with 300 or more workers overall and more than 15 employees per location in Long Beach.

The California Grocers Association was among those opposing the ordinance, saying it wouldn’t do anything to boost the safety of workers, but could lead to higher costs for consumers.

But Irvine Councilmember Larry Agran said he was supportive of the hero pay concept.

“The need for additional compensation for those frontline at-risk workers is self-evident,” Agran told The Epoch Times.

“We need to have shared sacrifice. We need to help one another. We need to recognize those who are on the front lines of essential services and compensate them accordingly for the additional risk that they’re taking on.

“To not compensate workers for the essential risk for the additional risk that they’re taking on as essential workers, is kind of heartless.”

Normally for an ordinance to go into effect, it needs only a simple majority vote. The ordinance would go through two readings at least one week apart, and then it would require a 30-day buffer period before going into effect. An urgency ordinance—as in this case—needs a four-fifths majority vote but will go into effect immediately.