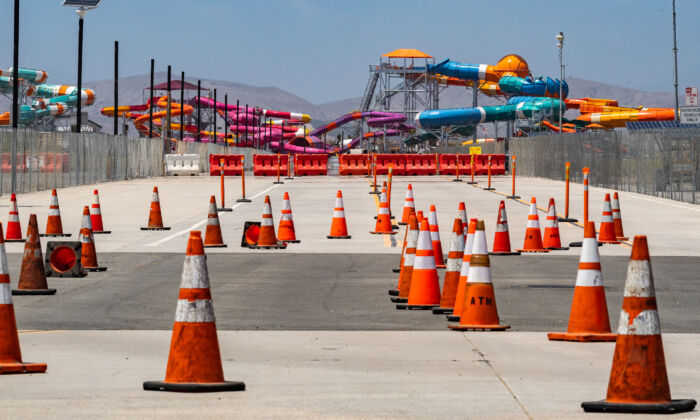 Behind them, towering, brightly colored water slides enter the final stages of construction on what will be the future site of Wild Rivers, located at the southeast corner of the Great Park.

With a proposed launch date of June 20, the water park has already sold out of season passes that went on sale in the Fall of last year.

Twenty acres for the water park will be leased by the City of Irvine with a base term of 35 years, with up to another 35 years in extensions.

The water park, which began construction on July 7, 2021, will have 20 rides, 3 restaurants, and 20 water-themed attractions, including raft rides, drop slides, body slides, a lazy river, and the Shaka Bay wave pool—a 25,000 square-foot pool for park guests to enjoy the novelty of man-man waves.

Wild Rivers’ development costs are listed on the city’s website as being $60 million. The water park will employ 1200 team members annually.

This will be the Wild Rivers’ second launch in Irvine.

The first water park, formerly located near the Irvine Spectrum in what is now the Los Olivos Village, closed after 27 years of operation on Sept. 25, 2011, after its lease expired.

Over the course of its operation, the water park hosted 10 million guests and was the largest youth employer in Orange County.

“We are excited for the years ahead and look forward to welcoming you to our brand-new home,” Wild Rivers’ website reads.

“See you all very soon!”