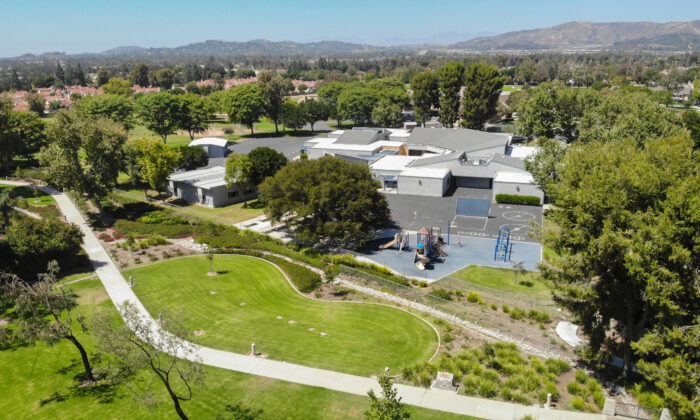 Irvine Unified School District was ranked the best school district in Orange County and a top district in the state for the second year in a row, according to a report.

The 2022 Best Schools in America report, released by ranking site Niche, listed Irvine as the No. 1 school district in Orange County out of 15 districts and No. 15 in California out of 438 districts.

“[Irvine Unified School District] is a blend of talented teachers and support staff, active parents, engaged students, dedicated leadership and passionate community members,” Irvine Unified spokeswoman Annie Brown told The Epoch Times via email. “Especially during these past two years, this partnership has been vital and we thank the [Irvine Unified School District] community for standing with us to continue the important work of educating and serving our students.”

Schools and their accompanying districts are ranked by the site through a number of factors including state test scores, college readiness, graduation rates, SAT/ACT scores, teacher quality, diversity, and more.

Irvine Unified, which has 36,000 students in 41 in-person schools, had 73 percent of students proficient in math and 77 percent proficient in reading.

In a neighboring city, Santa Ana Unified School District didn’t fare as well in the report.

Los Angeles Unified School District, in an adjacent county, is a much larger district with 483,000 students. It has 33 percent of its students proficient in math and 44 percent reading proficient.

Irvine Unified’s graduation rate is 96 percent, and it had an average SAT score of 1,360 and ACT score of 31. It also has a student-to-teacher ratio of 27:1.

Santa Ana Unified’s graduation rate is 88 percent, with average SAT and ACT scores of 1,040 and 21, respectively. Its student-to-teacher ratio is 25:1.

Los Angeles Unified’s graduation rate is 78 percent, though the district’s average SAT and ACT scores are slightly higher, at 1,070 and 23. The district’s student-to-teacher ratio is 23:1.

Irvine Unified also performed well in other areas, ranking as the safest district in Orange County, 7 out of 704 for safest schools in California, and 33 out of 698 for having the best teachers in California.

Los Angeles Unified ranked 456 out of 704 safest schools in the state. It also ranked 292 out of 698 in best teachers in the state.

Los Angeles Unified’s school safety rating out of schools in Los Angeles County was 58 out of 78 districts ranked.

Niche’s data are collected from the U.S. Department of Education and test scores, as well as from analyzing millions of reviews.