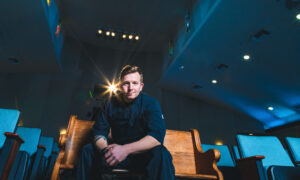 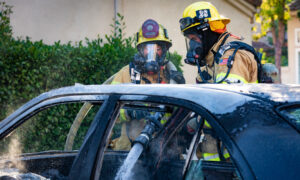 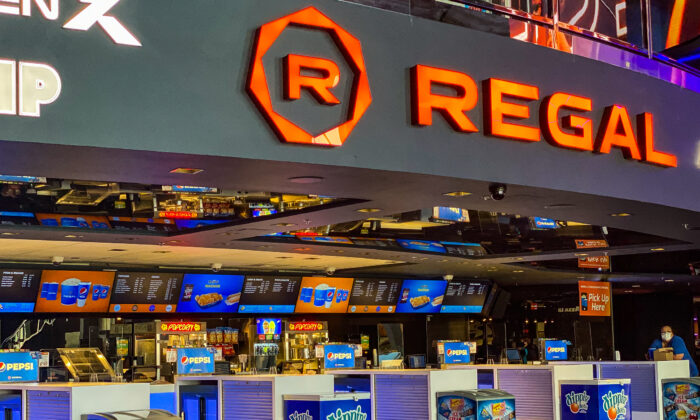 IRVINE, Calif.—Though movie theaters took a hit to business while shut down this year, Regal Cinemas used the time to complete some major renovations. The Regal theater at the Irvine Spectrum Center completed a total remodel just in time for the reopening of movie theaters in Orange County, California, earlier this month.

“I love to walk into the lobby; it feels like I’m walking into a movie set, so it makes me feel like a celebrity,” Cathii Van Riper, a marketing coordinator for Regal Cinemas, told The Epoch Times.

The lobby is lit up with LEDs and digital signage. It features a new bar, Italian coffee shop, and a smoothie shop.

“It’s an entire renovation, so everything that you see is absolutely different from what it was before,” Van Riper said.

A.R. Mays Construction worked on the remodel, and according to its website, the project at Regal Irvine Spectrum included a 2,240-square-foot addition to the lobby; refurbishing 28,000 square feet of existing space, including lobby, restrooms, and concession; remodeling 64,000-square-feet of auditorium space; and a remodel of an 11,000-square-foot projector room, including construction of 3,800 square feet of projector platforms.

“This movie theater has always been iconic,” general manager Jacob Pasqualetto told The Epoch Times. “If you type in ‘Irvine Spectrum’ on Google, there’s always images of people getting proposed to,” he said. Now it’s gone from classic to futuristic, and he said the new theater is beyond comparison to the old one.

Being shut down due to COVID-19 eliminated some challenges in the remodeling process, he said.

The theater also has an updated IMAX theater with motion chairs and special effects to create, for example, the feeling of being in wind or rain. It’s like a simulator ride.

The hallway to the IMAX auditorium is lit only by blue LEDs, and it “kind of reminds you of when you go down Star Tours [Disneyland ride] and you’re going down that windy road and this is the anticipation of ‘I can’t wait to get to the front of the line for this ride,’” Van Riper said.

“That’s one of my favorite features right now here; that’s what it feels like to me,” she said.

After each movie, staff spray each row with a sanitizer mist that has a “one minute kill time,” Pasqualetto said. Seats are also wiped down.

Ticket purchasing is contactless, and theaters have been limited to 25 percent capacity under the county’s red tier status. Masks are required for both employees and customers.

“Our number one concern is making sure that our guests in our place feel safe when they’re here. So when you have our app you can buy your tickets right there on the app. You can also buy your concessions on the app as well,” Van Riper said.

“There are social distancing reminders everywhere. We also have our hand sanitizing stations.”

Since the remodeling, ticket prices for regular screenings have not increased at this location, but auditoriums with added features—such as the panoramic screen in ScreenX—will have an additional cost. Regal, part of the Cineworld Group, operates one of the largest theater chains in the country with 7,128 screens and 539 theater locations in 42 states. Regal has recently renovated theaters nationwide.