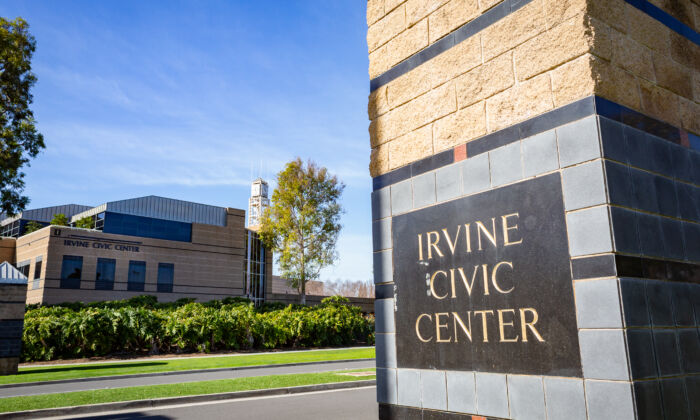 Irvine was a top choice for one California mother when deciding where to raise her daughter, thanks to the city’s top-notch public schooling, safety, and great communities for living.

“The reason I moved here is for the education,” Daigle told The Epoch Times.

But now, she said, she has concerns that the schools are taking a turn for worse.

“Irvine was at one point the best education you could buy with your tax dollars. It was lauded as the best school district other than private schooling,” she said.

“I’m a huge advocate for kids. I’ve written many stories on critical race theory and the corruption of our children is high on my list of issues that parents aren’t aware of,” she said.

She said one way she could help advocate for children is through simply getting parents more involved. She said, if elected, she will initiate groups where parents can learn what their kids are being taught in the classroom.

“I just want to make sure all parents are aware of what the schools are trying to teach their kids,” she said.

She also said she will fight for the concerns of her constituents, as she has done while serving on her homeowner’s association for eight years.

While serving on the board of the association, she said, there were times when companies wanted to build large structures in the area.

Daigle said she helped organize several meetings in the span of over a week where residents were able to discuss their concerns over such development.

“I’m tired of politicians making the decisions for the people,” she said. “We are hired by the people to do the people’s work.”

Transparency is a key component Daigle said she plans to bring to the council if elected. She said her first target would be the green energy provider Orange County Power Authority (OCPA).

In October residents will be auto-enrolled, with the option to opt-out, into paying OCPA for their energy instead of Southern California Edison. Businesses in the city have already been receiving energy from OCPA since last year.

Daigle said as mayor she will seek to help provide transparency and taxpayer accountability of the OCPA. She said the rates they’re offering are higher than Edison’s and don’t provide any cleaner energy than the green plans Edison offers.

Transparency is needed for other companies in the city as well, she said, including All American Asphalt, which has received numerous complaints regarding the foul odors and potentially harmful chemicals emitting from the plant.

Daigle said if elected she would like to see the plant shut down until more studies are conducted.

“It’s been a problem for a few years,” she said.

District elections are another item she said she thinks would be a good choice. With a population of over 300,000, Irvine is one of the largest cities that vote for members of its city council with an “at large” vote rather than by district.

She said that district elections would allow for fairer representation and that many residents have recently advocated for its implementation.

“If you want district elections, I will make sure it gets done,” she said.

When not working or campaigning, Daigle says she enjoys spending her free time with her family as well as their dogs, and that she enjoys being in nature and around wildlife.