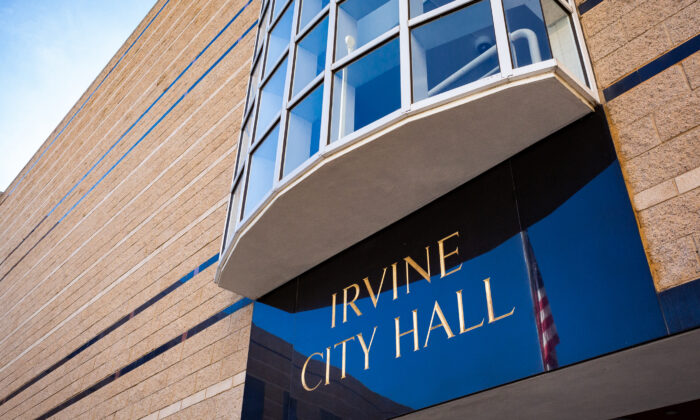 IRVINE, Calif.—Irvine formally passed on April 26 an ordinance that will prevent its councilors from appointing family members to the city’s committees, commissions, and boards, though one councilman says the ordinance is politically motivated against his wife, who sits on an advisory committee.

Currently, each councilor can appoint one person to each of Irvine’s 23 committees and commissions, which give advice to nine city departments with a total operating budget of $200 million per year.

Councilman Larry Agran’s wife, Dr. Phyllis Agran, is a pediatrician who sits on Irvine’s Children, Youth and Families Advisory Committee, where she was originally appointed by former Mayor Sukhee Kang and was later reappointed by her husband in March 2021.

Passed by a 4–1 vote at the April 26 council meeting, the ordinance will go into effect 30 days after passing and will remove Dr. Agran from the committee since she is maritally tied to Councilman Agran.

Councilman Agran said during the meeting that he felt he was politically targeted by the rest of the council, with whom he often butts heads.

Councilwoman Tammy Kim, who brought the item forward during its first reading on April 12, denied that it had anything to do with Agran’s wife.

The ordinance will ban any person from serving on a commission or committee who is related to any councilor—not just the appointing councilor—in relationships including spouses, siblings, cousins, parents, step relationships, and children.

Agran argued that the clause can lead to problems since it can be difficult to know who all of each councilor’s relatives are, for example.

“God knows who my colleagues’ cousins are,” Agran said. “I don’t need to know who my cousins are. You’re going to have to give an ancestry test [with each appointment].”

Agran said that Irvine is not troubled by nepotism and that his wife’s appointment is a different case because she is qualified for the position on the advisory committee and is not compensated.

“The fact of the matter is, this is a political solution of some kind. … We have no nepotism problem in this city,” he said. “None whatsoever that I’m aware. We had no cases that I’m aware of where people are making appointments of relatives to compensated positions for which they may or may not be qualified.”

Councilors will also be considering adding business relationships to the list of relationships barred from council-appointed positions.