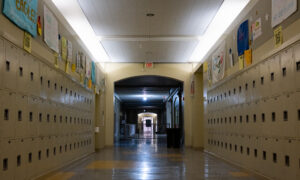 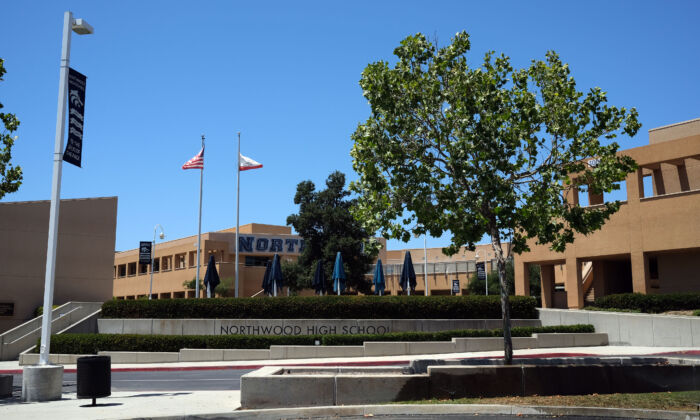 Controversy has erupted in Irvine, California, over political content published in a high school yearbook that some parents claim is biased in favor of President Joe Biden and Democratic causes.

Irvine parent David Whitley told The Epoch Times that content published in the yearbook shows overt political bias and urged more parents to stand up against it. In a June 1 letter he wrote to the Northwood High School staff, Whitley called the political section of the yearbook “a complete outrage.”

“It’s pure political propaganda, it’s educational indoctrination, and it’s an abdication of your responsibility as leaders and educators in our public schools,” Whitley said in the letter obtained by The Epoch Times.

Whitley told The Epoch Times it’s obvious the content was written by a “liberal, Democrat, Biden supporter,” as it depicted former President Donald Trump as a villain and Biden as a hero.

“There’s no specifics on the Biden side. It’s all rainbows and unicorns,” Whitley said.

The issue has become a hot topic of discussion on social media, eliciting hundreds of comments, with some parents saying the school’s staff should have stepped in to prevent it. But officials at the school, which has more than 2,000 students, have denied any responsibility for the publication.

School principal Leslie Roach declined to name the staff responsible for overseeing the publication of the yearbook. Roach, who didn’t respond directly to inquiries, directed Irvine Unified School District (IUSD) staff to issue an emailed statement to The Epoch Times.

“The Northwood High School yearbook is a student publication. The spread related to the 2020 local and national elections features student voices and is part of a larger spread on the elections over the last year,” the email said. “We strive to be inclusive of all voices and we will continue to work with the students to ensure that commentary is relevant, balanced and that diverse perspectives are reflected.”

John Park, first vice chairman of the Republican Party of Orange County and an Irvine resident, told The Epoch Times that the content in the yearbook consists of “political talking points from the left.”

“The last place we would expect to find such statements is in a public high school’s yearbook,” Park said in a June 1 email.

“This kind of politicizing of children should be rejected by all—Republicans, Democrats, and Independents. I understand a few students wrote it, but I am disappointed with the faculty who approved this yearbook for print. Instead of encouraging unity and mutual respect, they opted for division and biased political rhetoric.”

Whitley said school staff should have advised the students to include some balance in the publication and have labeled the material as “opinion” or “commentary.”

Whitley has three children who have attended IUSD schools and has been a resident of the city for 28 years. In the letter, he referred to the yearbook’s political content as “garbage” that is “polarizing and disrespectful to the community … filled with outrageous falsehoods and smears that are unbecoming of an educational institution.”

The adults in charge should have used their experience, discernment, and wisdom “to teach our children the things they need to know to be productive and patriotic citizens filled with knowledge rooted in academic excellence,” he wrote.

“We are losing generations of young Americans each year because we collectively refuse to do what is right and rather than teach, instruct and expand the mind of the student, we are narrowing their mind by allowing them to make up their own history, their own facts, and their own view of reality and to seek counsel from the unwise who are interested not in truth but agendas.”