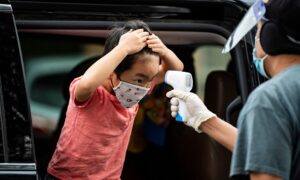 OC Districts Proceed With Caution After Schools Allowed to Reopen
0 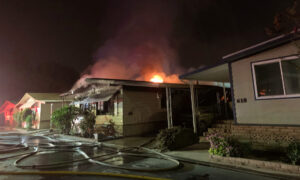 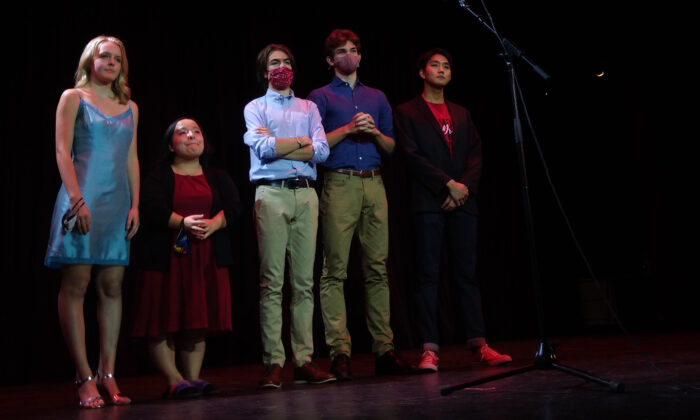 A “Shark Tank”-style competition where high school students present projects that benefit local communities before three esteemed judges will hold its yearly final event on Sept. 24—and the public is invited to attend virtually.

Irvine-based Daniel Kim, who founded the event and named it after his son, told The Epoch Times that this year’s competitors “really stepped up to the challenge.”

“These young leaders really worked hard. They’ve really come to grips with their own capabilities and their own power,” Kim said. “And they’ve done a lot of good work.”

Kim and his wife, Grace, founded the competition as a way to honor their son, Dragon, who was killed by a falling tree branch in Yosemite National Park in 2015.

While attending the Orange County School of the Arts, Dragon became determined to support underprivileged children in Santa Ana by providing them with a means to learn music.

“It was Dragon’s desire to create a music program, a free music program for little kids in the community, where he and his friends—fellow students at the Orange County School of the Arts—volunteer their time. They would raise money and get donations of used musical instruments that they could give to the kids to use,” Kim said.

Dragon created a business plan and got approval from the school’s administrators to start the program, but two weeks before school started, he passed away.

His parents decided to carry on Dragon’s legacy by creating the foundation in his honor, to support high school kids who want to help their community flourish.

This year’s competition began with 51 participants on 23 teams.

Each group ran community service projects that addressed the needs of a COVID-plagued world. The programs ranged from teaching math to children via soccer games to anti-vaping educational videos.

Each team was granted $5,000 from the Dragon Kim Foundation to help implement the ideas.

This year’s finalists feature a musical theater duo from Duarte, a pair of compost aficionados from Pasadena, and a hip-hop workshop from Orange County that encourages children to express themselves.

The Hip Hop Workshop was created by Nathan Solomon, a recent graduate of Laguna Beach High School, along with University High’s James Koga. The two-week workshop introduces children to poetry and rap, encouraging them to channel their energies in a positive direction.

Ella Beyer and Leilani Rodriguez, from the Musical Theater Conservatory at the California School of the Arts San Gabriel Valley in Duarte, created Fostering the Arts. The duo’s interactive musical theater videos teach music to children in foster care facilities, encouraging them to dance and sing along.

Over the course of eight weekends, the pair also performed in-person for front-line workers and quarantined people in over 40 houses, fire stations, and hospitals.

The event’s judges include Orange County philanthropist Mohamed El-Erian, the chief economic adviser for Allianz, along with Jonathan Levin, dean of the Stanford University Graduate School of Business, and Robyn Williams, the founder and CEO of ChoiceCenter Leadership University.

The winners of the Dragon Challenge win an additional $5,000 to continue their project.

But the program offers other rewards for its participants, too. Kim said the competition provides kids with intensive leadership training, along with funding—an “MBA [Master of Business Administration] in a box.”

“I hope it continues to grow and make a huge impact in the world,” Kim said.

Dragon’s legacy, he said, is “the impact that it makes in the world, all the good that it does all these young leaders, stepping up to the challenge and pouring their hearts back into the community, and touching the lives and the hearts of all across generations.”

The annual Dragon Challenge gala will begin at 6 p.m.