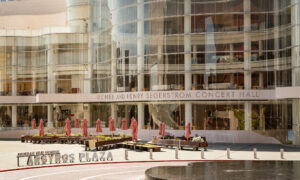 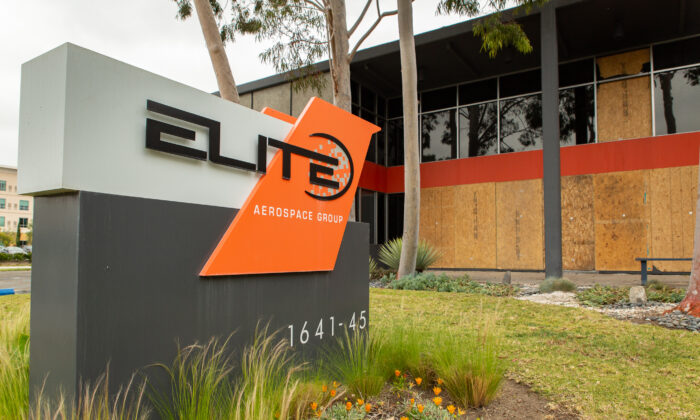 An aerospace firm’s office building in Irvine, California, was engulfed in flames the evening of April 10 and took dozens of firefighters to put out.

Firefighters were called to Elite Aerospace Group, located at 1641 Reynolds Avenue, around 9 p.m., and were met with heavy smoke and fire coming through the roof of the structure. They deemed it a “second alarm” fire, calling for backup.

“Each alarm has a specific set of resources that are allocated to it,” Orange County Fire Authority (OCFA) Captain Greg Barta told The Epoch Times. “So when we asked for an additional alarm, it’s basically us requesting a set amount of additional resources. Going to a second alarm means that we were requesting additional engine companies and truck companies to come to the scene and that’s due to the volume of fire and efforts that are needed to knock the fire down.”

Firefighters did, however, manage to save many valuable machines and office supplies.

The fire was out in approximately an hour, with OCFA receiving help from the Newport Beach and Costa Mesa Fire Departments. The Irvine Police Department was also on scene.

Due to the heavy fire conditions, firefighters deployed numerous hose lines to attack the fire. They had many ladders placed around the building, providing them with options for getting off the roof if they needed to escape in a hurry.

As of April 12, the cause of the fire was still under investigation, Barta said. He wasn’t sure if the building had a sprinkler system installed.

There were no injuries reported from either citizens or firefighters on the scene.

Elite Aerospace Group, which occupied the building, is a design, engineering, and manufacturing company within the aerospace industry.