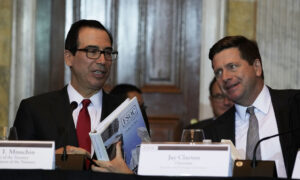 Pelosi: Democrats Willing to Cut Relief Bill in 'Half' to Reach a Deal
0 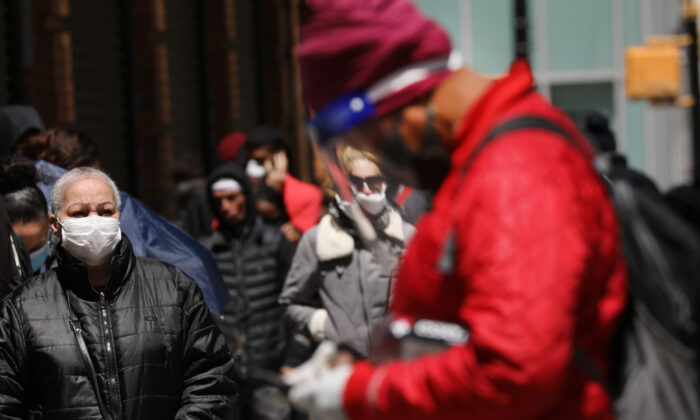 Hundreds of people wait in line for hours at a downtown Brooklyn office for their EBT Food Stamp cards in New York City on May 12, 2020. (Spencer Platt/Getty Images)
US News

Americans who receive unemployment payments are being warned that the compensation is taxable.

Federal law dictates that unemployment compensation is taxable and must be reported on a 2020 federal income tax return.

Taxable benefits include any enhanced payments from the CARES Act or from President Donald Trump’s recent executive order.

Internal Revenue Service (IRS) officials are advising people to consider having taxes withheld from the payments to “avoid a tax-time surprise.”

Witholding is voluntary. A recipient can choose to have 10 percent withheld from the benefits, which will cover all or part of the tax liability, depending on their yearly income and other factors.

To have taxes withheld, people should fill out a Form W-4V (pdf) and give it to the agency that’s doling out the payments.

Another option is making quarterly estimated tax payments. For more information on that option, the IRS advises looking at Form 1040-ES and Publication 505.

Recipients who return to work before the end of the year can use the IRS Tax Withholding Estimator to make sure they are having enough tax taken out of their pay.

The number of Americans filing jobless claims went to near-record highs earlier this year, though such claims fell below 1 million for the week ending Aug. 8.

A boost of $600 per week to the unemployed was part of the CARES Act, which was passed by Congress and signed by Trump in March. Those enhanced payments ended in late July.

Trump signed an executive order earlier in August giving states the option of adding $400 a week to payments, if the states provided a quarter of the funds.

That option was later adjusted to $300, if state leaders preferred not to pay any of the money.

The offer has been accepted by some states, declined by others. It is still being considered by some.

Negotiations over a fresh stimulus bill have stalled, with Democrats preferring a larger package and Republicans desiring more narrow legislation.

A small group of House Democrats are trying to convince House Speaker Nancy Pelosi (D-Calif.) to pursue a bill that focuses on extending federal unemployment benefits.

“We owe it to people waiting to get back to work across the country not only to extend unemployment benefits to help them pay their bills, but to tie these benefits to economic conditions so workers are not held hostage by another cliff like this one,” the lawmakers wrote in a letter to Pelosi.

White House press secretary Kayleigh McEnany told reporters in Washington on Wednesday that the White House is open to a so-called skinny bill that includes Post Office funding, “but we want included in there relief for the American people that thus far Speaker Pelosi has been entirely uninterested in,” including another round of stimulus checks.