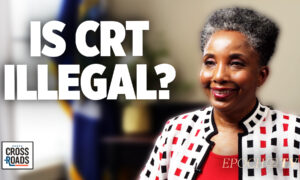 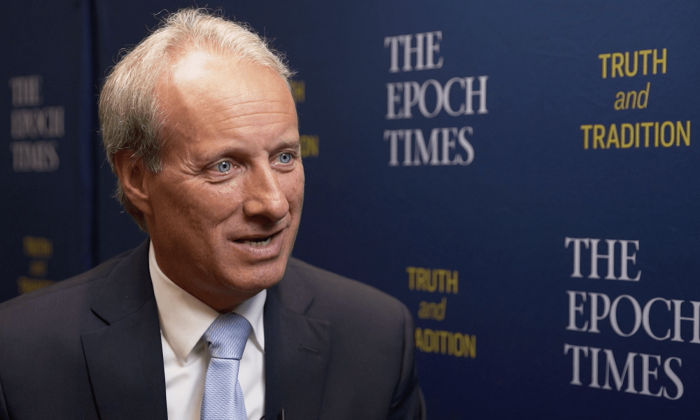 Kelly Shackelford, president of First Liberty Institute, being interviewed in April 2019. (The Epoch Times)
US News

A Texas-based legal group says the IRS violated the First Amendment when it denied tax-exempt status to a religious group by tying Christianity to politics, claiming that biblical “teachings are typically affiliated with” the Republican Party.

Texas-based First Liberty Institute, a conservative legal organization that litigates First Amendment cases on religion, stated in an appeal (pdf) to the IRS that the agency had mischaracterized Christians Engaged, the organization it represents, and violated the Constitution’s religious freedom protections when it denied the group the ability to operate as a nonprofit with 501(c)(3) tax-exempt status.

Kelly Shackelford, president and CEO of First Liberty, told EpochTV’s “Crossroads” program that he believes that, with its determination, the IRS violated the First Amendment.

“We’re going to get a precedent here and make it clear for every group across the country, that they’re totally free to follow their biblical values, to be involved in the political arena, and speaking out to issues, and educating people to vote, and to pray for their elected officials—and that they’re totally protected under the Constitution,” Shackleford said.

The IRS didn’t immediately respond to a request by The Epoch Times for comment on the appeal.

Christians Engaged, which bills itself as educational, Christian, and nonpartisan, says it aims to teach Christians how to “civically engage as part of their religious practice,” but makes clear that it doesn’t promote a specific party or candidate.

But the IRS in May denied the group 501(c)(3) status, saying in a letter (pdf) that the group’s leaders have close ties to the GOP and, controversially, it linked Christian teachings to the Republican Party.

In the determination letter, IRS Exempt Organizations Director Stephen Martin contended that the Christian group “engage[s] in prohibited political campaign intervention” and “operate[s] for a substantial non-exempt private purpose and for the private interests of the [Republican] party.”

In laying out the IRS’s case, Martin wrote that the group’s “goal is to provide a place of connection and educational tools for Christians to engage in political activism.”

“Specifically, you educate Christians on what the Bible says in areas where they can be instrumental including the areas of sanctity of life, the definition of marriage, biblical justice, freedom of speech, defense, and borders and immigration, U.S. and Israel relations,” he wrote. “The Bible teachings are typically affiliated with the [Republican Party] and candidates. This disqualifies you from exemption under IRC Section 501(c)(3).”

Christians Engaged says its goal is to “awaken, motivate, and empower ordinary believers in Jesus Christ to: pray for our nation and our elected officials regularly, vote in every election to impact our culture, and engage our hearts in some forms of political education or activism for the furtherance of our nation.”

“From its religious perspective, Christians Engaged provides nonpartisan religious and civic education, focusing on encouraging and educating Christians to be civically engaged as a part of their religious practice,” First Liberty stated in its appeal to the IRS, which calls for the agency to revoke its denial of 501(c)(3) tax-exempt status.

First Liberty argued in the appeal that Martin, writing on behalf of the IRS, was off the mark in several ways, including by inventing “a nonexistent requirement that exempt organizations be neutral on public policy issues,” and that “he incorrectly concludes that Christians Engaged primarily serves private, nonexempt purposes rather than public, exempt purposes because he thinks its beliefs overlap with the Republican Party’s policy positions.”

Shackelford, in his remarks to “Crossroads,” argued that the IRS was politicizing the idea of religious belief.

“It’s really insulting,” he said. “How many people are Christian and are Democrats? There are people, obviously, of faith, whether they’re Catholic or Protestant or even other faiths, that are in both parties, and everybody knows that.

“So this idea of … locking down and … kicking out groups because of their religious beliefs—that is religious viewpoint discrimination,” Shackelford said, arguing that, if left unchallenged, the IRS could use similar tactics to shut down other faith-based nonprofits.

“If we’ll just stand up for it, we can win these cases,” he said. “Our country was built on religious freedom.”

Joshua Phillip and Mark Tapscott contributed to this report.