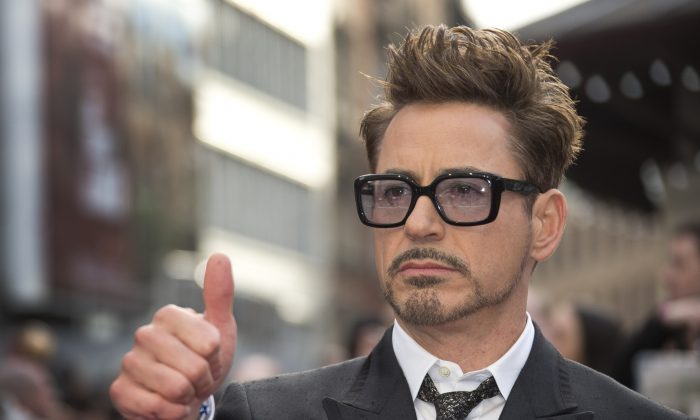 Iron Man 4: Robert Downey Jr Says ‘There isn’t one’ in the Works

Iron Man 4, which has been rumored for months, was potentially shot down by Robert Downey Jr. this week.

For the last “Iron Man” movie, he netted about $50 million, making him the most expensive actor in Hollywood.

He also said that he’s open to another actor being cast as Tony Stark and Iron Man. “I like that the idea is that it would be up to me, like I’m casting director for Marvel,” he told Variety.

Downey Jr. made the comments at the Toronto Film Festival while promoting The Judge.

The comments come as a report on Friday claims he joined an Assassin’s Creed film.

“The rumour, originally reported by Moviepilot but since removed, suggests that the upcoming film could be set around the events of Assassin’s Creed II or its tie-ins, where the famous inventor appeared opposite Ezio Auditore,” IGN reported.

IGN also wrote that the store was taken down and it’s impossible to see if the rumor is true or not.

LOS ANGELES (AP) — The son of Robert Downey Jr. pleaded guilty on Friday to cocaine possession and was sentenced to a drug diversion program that could result in his conviction being dismissed.

As the actor watched in the courtroom, Indio Downey, 21, thanked Superior Court Judge Keith L. Schwartz for allowing him to enter the program and pledged to take the advice of the judge to heed the lessons of treatment and get advice from his father if necessary.

“I appreciate this opportunity and I intend to make the most of it,” Indio Downey told the judge.

Robert Downey listened intently to the proceedings and nodded his head when Schwartz urged the actor’s son to be careful about choosing friends. The Oscar-nominated actor did not speak during the hearing.

Indio Downey’s attorney Blair Berk said her client had already spent 70 days in a residential rehab program and intended to complete another 20 days. He will not be required to appear in court again as long as he complies with the rules of the drug diversion program, and his conviction will be dismissed in 18 months if he stays out of trouble.

Indio Downey was arrested on suspicion of cocaine possession during a traffic stop in June in West Hollywood. He was a passenger in the car, and no one else was arrested.

“We’re grateful to the Sheriff’s Department for their intervention, and believe Indio can be another recovery success story instead of a cautionary tale,” Robert Downey said after his son’s arrest.

Robert Downey’s drug use sent him to prison and rehab and cost him acting roles. He is now one of the industry’s most bankable stars after appearing in Marvel’s “Iron Man” trilogy and “The Avengers.”

Schwartz cited Robert Downey’s onscreen role as a superhero and told Indio Downey that he should look up to his father and seek his counsel while he deals with addiction throughout his lifetime.

The judge also presented Indio Downey with an orange bracelet that reads, “Stay Clean and Sober,” which the younger Downey wore on his right wrist as he left the courthouse.