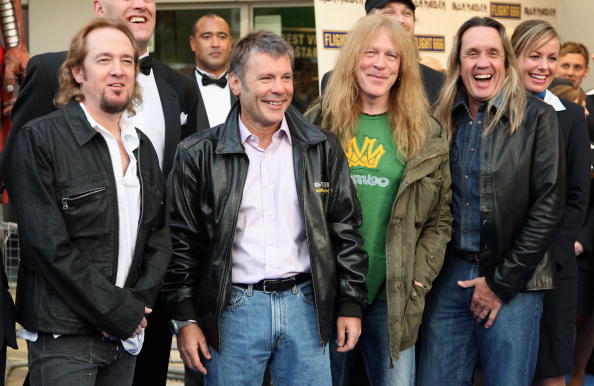 Iron Maiden revenge: An elderly couple in Sweden reportedly played songs from heavy metal band Iron Maiden to get back at noisy neighbors.

The Stockholm, Sweden couple was charged with harassment for playing the songs at full blast at all hours of the night, including as late as 4 a.m., reported The Local, citing the Aftonbladet publication.

“The harassment has just carried on, I am completely broken down. How can I keep living here,” the neighbor said, according to the paper.

The couple played Iron Maiden throughout most of the winter.

When police arrived, they found the two placed a speaker system on the balcony playing the band’s “Afraid to Shoot Strangers” from the band’s 1992 album “Fear of the Dark.”

The 71-year-old woman, who was not identified, said her new neighbors were too loud, prompting her and her 81-year-old husband to act. She said they were so loud, she had to take sleeping pills to get a night’s rest.

“We wanted to give a taste of their own medicine,” the husband said.

Iron Maiden, which was formed in 1975 in England, is slated to perform in Sweden this summer in Malmo and Stockholm, according to the band’s website.

It is unclear if the couple played other songs from the band.