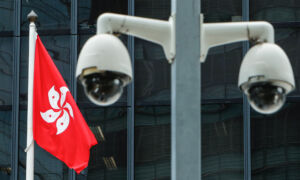 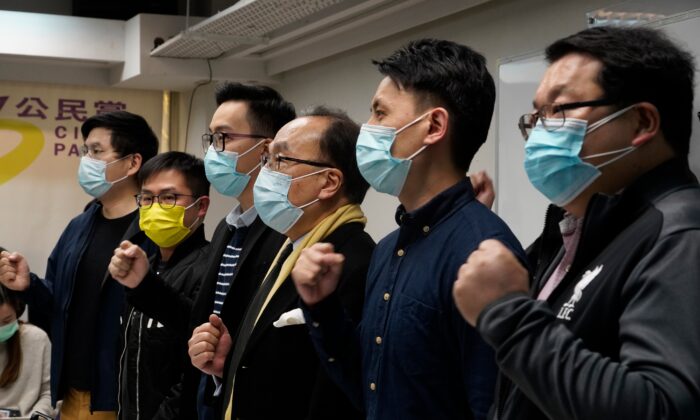 Since the National Security Law (NSL) passed on June 30, 2020, Hong Kong people have been subjected to harsh persecution. The law limits freedom of speech and gives the government broad authority to arrest individuals on vague charges and sentence them to up to life imprisonment. Despite the massive protests in response to the law, many Hong Kong citizens are now fleeing in the wake of the persecution.

Xia Baolong, a staunch proponent of the draconian law and head of the Chinese State Council’s Hong Kong and Macao Affairs Office warned that the NSL “is an iron bottom line,” reported 163.com.

No Freedom Below the Iron Bottom Line

Xia boasted about the implementation of the law. On July 16, after one year of the law coming into effect, he emphasized that “anti-China and Hong Kong-disrupting elements mustn’t be allowed to enter the governing architecture,” reported state-run Xinhua News.

Individuals accused of being disruptive elements include Jimmy Lai, owner of the now-closed independent Apple Daily, and Lee Cheuk-yan, a long-time pro-democracy politician.

The Epoch Times reached out to multiple Hong Kong insiders and organizations, but none agreed to publicly discuss the NSL.

However, one anonymous freelance writer named John (pseudonym) challenged Xia’s claims regarding the role of the NSL in a July 19 interview with The Epoch Times.

He noted that a recent large exodus from Hong Kong to the UK illustrates that most of the departing families are frustrated and threatened by the communist regime. John says they choose to vote with their feet, by migrating abroad.

Hong Kong’s official census shows that 66,000 residents moved away in 2020, mostly young and middle-aged people. Another survey shows that 84 percent of high-income groups are considering emigrating overseas, according to an early July report.

This month, the net outflow of residents regularly exceeded 1,000 a day, according to Hong Kong government figures compiled by activist investor David Webb.

Pro-Democracy Camp Is Being Ousted

Hopeful politicians will now be subject to reviews from a “Candidate Eligibility Review Committee,” John said. “What they [communist officials and pro-establishment members] are going to do is to exclude all possible oppositions into any level of councils.”

Leung Man-to, professor of political science at the National Cheng Kung University, expressed similar pessimistic viewpoints in an interview with VOA, a U.S.-based international broadcaster dedicated to reporting the truth. He said Xia’s speech signaled the likely full exclusion of the pro-democracy camp in the city.

John also pointed out a significant move by the Macau Special Administrative Region Government to exclude all pro-democracy candidates from the Legislative Council Election, totaling 21 candidates in July thus far.

The Man Who Removed the Cross

The following year, Xia introduced “The Code for Religious Buildings in Zhejiang Province.” The code sets restrictions on local churches, including limiting the height of buildings and the size of crosses.

Afterward, the CCP organized a campaign to demolish Christian churches across the province, drawing criticism from believers and human rights defenders.

Then in February 2020, when the 68-year-old Xia was set for retirement, he was instead promoted to the head of the State Council’s Hong Kong and Macao Affairs Office. Since he took office, China and Hong Kong authorities steadily pushed forward the NSL.

A week after China’s rubber-stamp legislature passed the NSL, the U.S. Treasury Department blacklisted Xia along with 10 other individuals, including Hong Kong’s head Carrie Lam. The Treasury published that it would work against those who “undermined Hong Kong’s autonomy.”