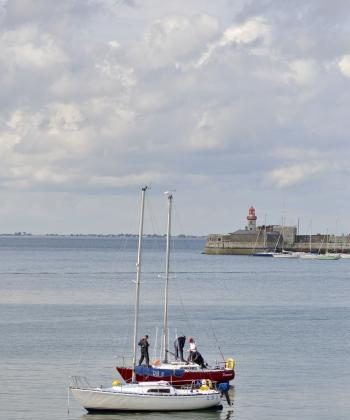 Rita O'Connor
View profile
Follow
biggersmaller
Print
DUBLIN—Britain announced this week that it was withdrawing the 12 million euro annual subsidy which it pays for the upkeep of Irish lighthouses, and that it would be phased out by 2016.

However, Irish lighthouses still have an important role to play and will be fully operational into the foreseeable future, says Ciaran Higgins, spokesperson for the Irish Lights Commission (ILC).

The 80 lighthouses which dot the coastline are funded from revenue from ‘light dues’, which are paid by large shipping vessels each time they call into an Irish port.

One of the reasons for the decreasing dependency on lighthouses is commercial ships usage of Global Positioning Systems (GPS). But Mr Higgins emphasises that although GPS use continues to increase in harbour navigation, there remains the danger that these systems can be sometimes overwhelmed by earth-sourced interfering transmissions at GPS frequency, and that the radio frequency interference can be scheduled, accidental or malevolent.

The navigational systems are not yet totally reliable, and until technology is in place to address these important issues, the lighthouse still has an important role to play with regard to shipping safety, said Mr Higgins.

He explained that each Irish lighthouse has an automated system. There are maintenance crews employed to ensure the structures are sound and in good order, and that the automated system is working well.

They are all unmanned, with the last lighthouse keeper having retired in 1997. In some countries, lighthouses are made of wood, but the Irish lighthouses were built like fortresses to withstand violent Atlantic storms. Massive storm walls were constructed to protect some of them. On one occasion, the glass in the light house on Eagle Island was smashed during a storm when a rock was hurled against it by the waves. The lighthouse, which is situated 220 feet above water-level, was filled with water. A hole had to be drilled in the door to allow the water out before the door could be opened.

Irish lighthouses were built to last, and most have survived over 150 years. The earliest recorded Irish lighthouse stood at Hook Island, where monks established a fire beacon in the fifth century.

Conor Walsh, a technical advisor from RNLI lifeboats Ireland said the lighthouse is certainly needed as a point of reference: If one system fails, we can resort to another. For instance if GPS is jammed or the signal is weak, we can resort to sonar sounding, with all the systems combining to make safety a priority.