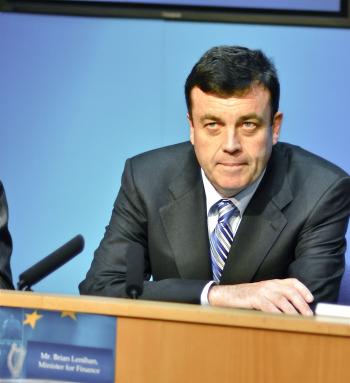 Martin Murphy
View profile
Follow
biggersmaller
Print
Following a six hour Cabinet meeting, the Irish Government released a statement late on Tuesday evening with respect to the measures that would be needed for Ireland to achieve its EU target GDP deficit in four years time.

The statement said “The Government has today decided that an overall adjustment of €15 billion over the next four years is warranted in order to achieve the target deficit of 3% of GDP by 2014.”

The reason for the “significant increase” from the projected budgetary figures announced earlier in the month was given as “lower growth prospects”, both nationally and internationally. Higher debt interest costs due to Ireland's down-grading by credit rating agencies was cited as a major factor for the increase.

The purpose of the 'Four Year Plan for Budgets and Economic Growth', according to the Department of Finance, was to “chart a credible way forward for this country.”

Details of the actual breakdown of the cuts required have not yet been announced. However, it was mentioned that the adjustments would not be gradual – they would need to be implemented straight away.

“The Government realises that the expenditure adjustments and revenue raising measures that must now be introduced will have an impact on the living standards of citizens. But it is neither credible nor realistic to delay these measures,” said the statement.

“To do so would further undermine confidence in our ability to meet our obligations and responsibilities and delay a return to sustainable growth and full employment in our economy.”

The Government made it clear that their obligations were to “demonstrate that we are bringing sustainability to our public finances. We must stabilise our debt to GDP ratio over the period of the Plan. And we must set out our strategy for returning our economy to growth,” concluded the statement.

The Deputy Leader of the Labour Party, Spokesperson on Finance Ms Joan Burton was critical of the Governments lack of definition in relation to the exact measures that would be used to achieve the cuts.

”After three meetings with the Department of Finance, Labour has still not been provided with a template for the four year plan – we don’t know what level of detail it will contain, or how it will be presented,” said Ms Burton.

Irish Congress of Trade Unions (ICTU) general secretary Mr David Begg, in a speech at the Irish Taxation Institute, said the target of achieving a budget deficit of three percent by 2014 is entirely arbitrary, and that extending the period of adjustment until 2017 was far more realistic.

"The problem for Ireland is no longer a question of profligacy, but rather whether the country has been too austere in its efforts to reduce debt at the expense of growth," said Mr Begg.