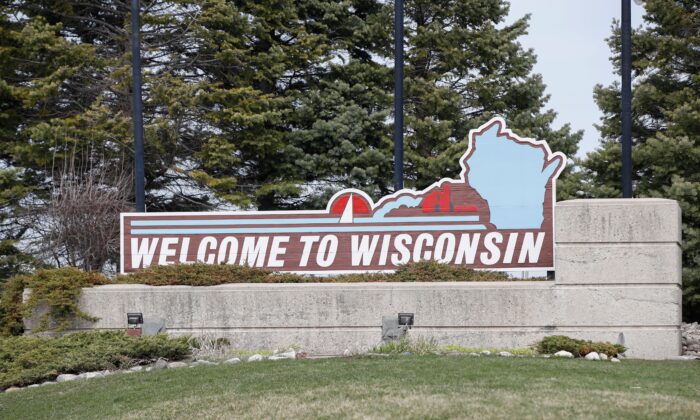 The Wisconsin Welcome Sign is seen in Pleasant Prairie, Wis., on April 6, 2020. (Kamil Krzaczynski/AFP via Getty Images)
US News

A prominent, nonpartisan state think tank is warning about what the billions in coronavirus stimulus money headed for Wisconsin will mean for government spending in the years to come.

The Institute for Reforming Government’s CJ Szafir said the American Rescue Plan and the CARES Act are flooding state and local governments with more money than they know what to do with. But he said, the money has to be spent, so local governments are looking at all the ways they can find to spend it.

La Crosse is considering dropping out of Wisconsin’s Expenditure Restraint Program in order to spend all of its $22 million in stimulus money.

Mayor Mitch Reynolds earlier this week said in order to stay within the ERP, La Crosse would have to cut its budget.

“We are really reaching a point that it’s so confusing that we’re making cuts, and we really have quite a significant amount of money coming in,” the mayor said at a meeting Monday.

The ERP program was created in the 1990s to incentivize local governments to spend within their means in exchange for unlimited state help.

“This is a clear example of federal government overreach and how the trillions of dollars of government spending has created bad incentives for local communities,” Szafir told The Center Square. “The Common Council even admits that they are not sure how they would spend the federal taxpayer money. And yet, as we see time and time again, politicians rarely turn down ‘free’ federal money.”

While dropping out of the Expenditure Restraint Program may cost La Crosse some state money over the next two or three years, the city will likely see more money from the state when it re-enrolls in the ERP.

“The policy question that taxpayers and state lawmakers should contemplate is how this will impact future budget debates. If the Common Council opts out and takes the stimulus money, the ‘restart’ should not reward them by artificially inflating their numbers for next year. Otherwise the Council will start from a much higher number in later years with taxpayers eating that increase without it even being substantively debated later on,” Szafir explained.

Szafir expects the impact of the billions in coronavirus stimulus dollars in Wisconsin to impact budget and tax questions at all levels of government for years to come.