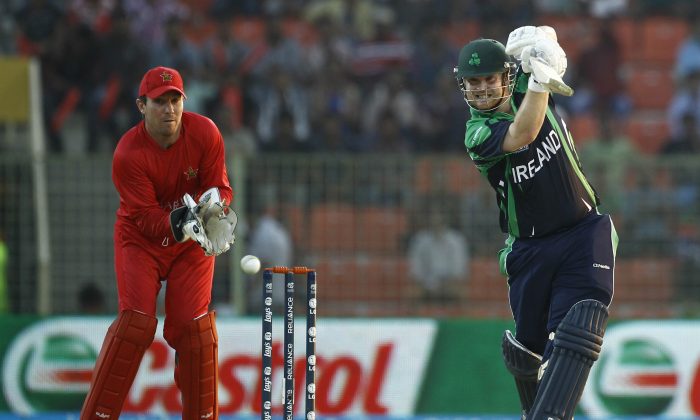 Ireland faces the United Arab Emirates (UAE) in a cricket match on Wednesday, March 19, 2014–part of the Twenty20 World Cup.

The game will be broadcast on SKY Sports in Ireland, England, Wales, and Scotland; OSN Sport Cricket in the Middle East and North Africa; and Gazi TV or Bangladesh TV in Bangladesh.

It will also be shown on STAR Sports in the Indian Sub-Continent (India, Bangladesh, Nepal, Sri Lanka, Maldives, Bhutan); Star Cricket in Papua New Guinea, Singapore, Hong Kong, and the Philippines; Lemar TV in Afghanistan; Nepal Television in Nepal; CSN in Sri Lanka; Ten Sports in Pakistan; and Astro in Malaysia and Brunei.

Australian viewers can tune into Channel 9; those in New Zealand can watch on SKY TV; European viewers can watch on Eurosport; Canadian viewers on Sportsnet; Pacific Islanders on Fiji TV; viewers in north Africa and the Middle East can watch on OSN Sport Cricket; and in the Caribbean, South America, Central America, Mexico, and the United States on ESPN.

Ireland’s coming off a first match win over Zimbabwe by three wickets while the UAE lost to the Netherlands by six wickets. It will have to win this game to have a chance of advancing to the Super 10. The two teams are part of Group B, along with Zimbabwe and the Netherlands. Group A consists of Bangladesh, Afghanistan, Nepal, and Hong Kong.

The Super 10 commences on Friday, March 21 when India plays Pakistan. The final will be played on Sunday, April 6. See the full schedule here.

After today’s match, Ireland faces the Netherlands on March 21 while the UAE faces Zimbabwe earlier that day.